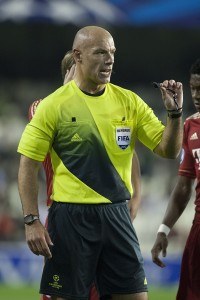 How much does a referee earn in the Bundesliga?

In their salary scheme, the DFB stipulates that FIFA Bundesliga referees earn 10,000 euros more than referees with at least 5 years of Bundesliga experience. A FIFA referee earns a basic salary of 80,000 euros in the Bundesliga and receives an additional bonus of 5,000 euros for each game whistled.

This is what the basic referee salary looks like in the German Bundesliga:

The referees and assistant referees (linesmen) receive the following additional income per game:

The 4th official assistant referee also receives an expense allowance of 1,250 euros per game in the 1st Bundesliga and 600 euros in the 2nd Bundesliga.

The DFB last had a plan in 2017 to increase the referee’s salaries for the 1st and 2nd German Soccer Bundesliga announced. This means that the switch to a system with professional referees will continue to be dispensed with. It remains to be seen when the next raise will take place.

Bundesliga referees are very few and the path is very rocky, as you have to assert yourself against around 80,000 competitors in the male-dominated sport. The remuneration in the lower house is unfortunately very poor, as can be seen from the following list (earnings per game, plus travel expenses):

At European and World Cups, the best FIFA football referees earn a good penny on top of it every 2 years. At an EM, the game masters receive around 10,000 EUR per game + a daily flat rate of 200 EUR. At the 2018 World Cup in Russia, the fixed salary is even 57,000 EUR, regardless of whether the referee whistles only one game or several. In addition, there is a further EUR 2,400 per game on top. At the World Cup, assistants collect “only” EUR 20,000 fixed + EUR 1,600 per game.

Other European top leagues in professional football also have good merit for the referees:

In the Spanish Primera Division (La Liga), the referees receive a fixed salary of around EUR 10.o00 per month and each stake is remunerated with EUR 3,631.

Anyone who thinks that UEFA pays the referees even more than they already earn in league games is of course absolutely right. UEFA divides the referees into different categories by which earnings per mission are measured. The top category (elite) receives a remuneration of 4,800 EUR from the Champions League or European League Quarter-finals even EUR 5,800. In addition, there is again the daily flat rate of 200 EUR, which is paid from the day of arrival until departure.