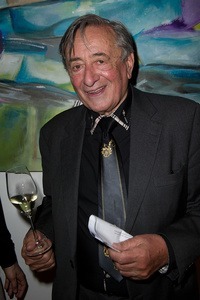 How much money does Richard Lugner really have?

Few other celebrities pose as big a mystery as Richard Lugner and, in view of the numerous media reports and sources, a distinction must be made between which information is fact and which information is fiction. According to his own statements, Lugner should im In 2013 with total assets of 135 million euros have, for the current year one assumes a fortune of 80 million euros. The reason for this is also a mountain of debt of around 65 million euros, which the builder himself specifies on his 85th birthday. However, this means that he is no longer in the top 100 list of the richest Austrians. Quite interesting data considering that DiePresse found out that its monthly income has not been much more than a modest EUR 800 in recent times.

The problems with the tax office are also interesting, since Lugner apparently tried – if the various reports are to be believed – to deduct his annual expenses for the Vienna Opera Ball from tax. Since 1991 he has been introducing the tradition of paying an internationally renowned celebrity (including Paris Hilton, Kim Kardashian, Pamela Anderson, etc.) to accompany him to the ball. While Paris Hilton still received $ 150,000 for the date, Lugner was far more generous with Kim Kardashian with a proud $ 500,000. But how did Lugner get his fortune in the first place?

The building lion entered into what is now the fifth union of marriage with Cathy Schmitz, who comes from Germany, on September 13, 2014.

From January 4, 2016 to January 11, 2016, RTL 2 ran the short pilot broadcast of a new format by Lugner and Cathy “The Millionaire and the Bunny”in which Mörtel and his Cathy once again showed themselves completely unabashedly in front of the camera. Did you want to compete with the Geissens? In any case, RTL 2 did not pursue the format any further and quickly discontinued it.

Cathy Lugner moved into the Celebrity Big Brother house at the beginning of September 2016. Allegedly against the will of her husband. As a result, the already ailing marriage is said to have finally broken up. Whether “real love” was ever involved in this relationship is of course pure speculation.

How expensive is Richard Lugner’s divorce from Cathy actually?

According to his statement, the building contractor drew up a watertight marriage contract before the marriage. Richard Lugner announced the following to the Österreich Zeitung at the end of September 2016:

I have a prenuptial agreement. But I’ll leave her the car, a Porsche, and the house I bought her. Our marriage contract says that in the event of a divorce I have to buy her an apartment so she can keep the house right away. The marriage contract is to their advantage anyway. She really gets enough. Even if she wants more now. Definitely: After our marriage, Cathy is definitely better off than before.

On November 30, 2016, Cathy and Richard signed the divorce papers in Vienna and were divorced after a total of 809 days of marriage.

Born on October 11, 1932, Lugner was particularly successful as a building contractor. So he had founded his own company and initially carried out numerous renovations. Above all, it was his good business acumen that made his success possible. Because when he received fewer orders for renovation work, his product portfolio simply expanded, which enabled him to win more customers. Lugner also built the Viennese mosque, which brought him to the center of public attention for the first time, although he was mentioned here and there in the press before.

Probably the largest construction project was Lugner-City, a medium-sized shopping center in Vienna, which opened in 1990. The last decade of the 20th century also marked the turning point in his “career”, as he now withdrew to a greater extent from active business and gave his sons more skills. At the same time, he became increasingly involved in politics in the 1990s. However, he could not celebrate great success on the political stage. He achieved his best result in 1998 when he received almost 10% of the votes as a candidate for the office of Federal President.

In the Lugner Kino City, which opened in late 2005, he himself holds a stake, but far below half. In addition, the cinemas are currently recording a loss. Since the 1990s, Lugner began using the above-mentioned practice of paying celebrities to be seen with him at the annual Vienna Opera Ball. He invited stars such as Paris Hilton, Pamela Anderson, Dieter Bohlen, Carmen Electra, Dita Von Teese and Roger Moore as guests. Lugner always made use of these appearances for marketing purposes, since it was not uncommon for the celebrities to appear in his shopping mall and wave to fans or sign autographs.

With his retirement from the business world, Lugner found his passion for the media and decided in the 2000s, together with his family, to bring a reality show about his family into the program – based on the US model. The show was quite successful in the first season, so the broadcast concept was expanded and Lugner was looking for a new love for his life in the 2007 season.

On the other hand, he proved that he is a man who doesn’t take himself too seriously with the show “Wir sind Kaiser”, in which he dealt self-critically and satirically with his own role and his own image. The series ran until 2011. While big stars like Thomas Gottschalk can earn € 100,000 per broadcast, Lugner’s earnings per episode were limited to € 1,500 after OE24.

But with these three shows, Lugner didn’t have enough of the world of television and shows, so in 2010 he decided to record a pop song (I am der Lugner), with which he did not even reach the top 10 of the Austrian charts – completely not to mention one of his intended performances at the Eurovision Song Contest in 2011.

Richard Lugner’s friends and their nicknames

The former building contractor, who likes younger women, always gave his ex-wives and girlfriends affectionate nicknames such as Mausi, Bambi, Hasi, Katzi and Kolibri. He simply called his last divorced wife, Cathy Schmitz, Spatzi and the current flame bees. At this point we would rather not judge whether there is really mutual love behind all the relationships. 😉

Richard Lugner owns a luxury villa in the noble suburb of Döbling, the value of which should be in the low millions. According to his own statements, Lugner owned one in 2013 Assets of 135 million euros, but in an interview with DiePresse.com he also cites numerous debts that are related to this “fortune”. For friends of double bookkeeping, who always include the amount of debt in the total assets, this may of course seem surprising. Alone According to Lugner, his foundation’s debts amount to 65 million euros.

At least when it comes to cars, Lugner is quite modest and doesn’t drive any of the major German luxury brands, but a Lexus LS460, which is available from a list price of € 99,000. Well, maybe not that humble …