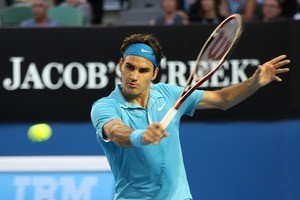 Roger Federer is really that rich

Roger Federer, the tennis superstar, has not only been one of the best-paid athletes in the world for a very long time, but is also in the top 3 in the eternal tennis prize money ranking. Of course, this annual earnings does not only consist of his games and tennis prize money. As is generally the case with professional tennis players, sponsorship contracts are particularly lucrative for him and generate a considerable part of his income.

While sponsorship money in other sports is more of a kind of bonus payment, it can – as in Federer’s case – even exceed the actual salary earned through victories and games. So paid him his Advertising partner, which include Uniqlo, Barilla, Mercedes, Lindt and Rolex, according to Forbes 45 million US dollars a year alone. No active tennis player can hold a candle to him here. With a fortune of 400 million euros, the Swiss is the richest tennis player in the world. Novak Djokovic and Rafael Nadal have a fortune of around 200 million euros so far, but the two opponents are younger compared to Roger and have a longer career ahead of them.

Supplier change 2018: From Nike to Uniqlo

After 24 years as Nike’s tennis figurehead, the sponsorship contract expired in March 2018 and Roger Federer entered into a 10-year deal with the Japanese fashion brand “Uniqlo” at the age of 37. Allegedly Uniqlo pays for this A total of 250 million euros for 10 years and will probably be a lucrative advertising partner for Federer even after his more active career.

Roger Federer, who was born on August 8th in Basel, is one of the very clear exceptional talents in tennis and has won many Grand Slam tournaments in his long career. He also holds a world record because he is the player who has been in first place in the world rankings for the longest time.

If you look at these great successes, it may be surprising that the young Roger Federer started out as an absolutely average tennis player. While other tennis stars were already celebrated or advertised as exceptional talents or at least as successful newcomers in their youth, Federer only acquired his skills gradually, through the joy of play and perseverance in training.

Tennis in itself was by no means his only passion: football also appealed to him. But the year 1993 and the following year 1994 were ultimately to be the decisive point that finally allowed Federer to pursue his tennis career. Because in 1993 he had his first small successes, which meant he wanted to focus entirely on the tennis game. This trend intensified as his successes increased, so in 1997 he decided to drop out of school for the same reason.

Ultimately, Federer’s decision should have been the right one, as he played professional games for the first time only two years later at the age of 18. In the following year he managed to rise to the top 100 in the world rankings, which was firstly a declared medium-term goal of Federer and secondly, it is important in terms of sponsorship money.

In the years that followed, Federer should never become cocky and only set himself small goals that seemed realistic to him, such as getting into the top 50 and later into the top 15 in the world rankings. In addition to winning the first Wimbledon tournament in 2003, Federer reached number 1 in the world rankings for the first time two years later, thus securing sponsorship deals that brought him more than 40 million US dollars a year.

In total, Federer was to win Wimbledon seven more times in the following years – most recently in 2017, 19 Grand Slam tournaments, being number 1 in the world rankings for 302 weeks and a total of 93 career titles. At the Olympic Games in Beijing in 2008 he won gold in doubles, at the Olympic Games in 2012 he won silver in singles. These impressive statistics make Roger Federer one of the most successful tennis players ever.

The assets and possessions of Roger Federer

With a Assets of 400 million euros it’s a good life. Not only is Federer in his professional career, according to Forbes Made nearly $ 23 million more than any other professional tennis player. He owns numerous high-priced properties. According to various sources, he and his family mainly commute between his home country Switzerland and the United Arab Emirates. There he has a place for himself and his family Luxury apartment in one of the most famous skyscrapers overlooking Jumeirah Beach bought, the value of which, according to our own estimates, is likely to be well over 10 million euros. After all, it is a 200-square-meter apartment with 5 rooms and training space in one of the most expensive real estate markets in the world.
In addition to this property in the hot desert state, the Federers also have one remarkable villa in the Swiss Valbella. Although there were numerous complaints from the residents about this property, because the Federers wanted to erect an opaque fence, it was possible to come to an agreement with them, so that now there is also a relaxing residence here.

In addition, the Federers bought a new home this year in Wollerau, Switzerland. For this property a double-digit million amount figured. Here, the Federers want to switch off in particular. The decision was made in favor of the small town in order to have an undisturbed private life or a place of retreat within Europe.

The disappointment in the Herrliberg community was, or is, correspondingly large, as Roger Federer would like to exchange his property there for the new one in Wollerau and put the old one up for sale again.

When it comes to cars, it appears just as luxurious as it does when it comes to living space. Federer is currently driving one Mercedes Benz SLS-AMG, which is available for a list price of around 225,000 euros.