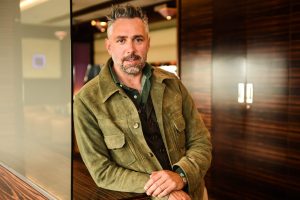 How rich is Roland Trettl?

The celebrity chef Roland Trettl mixes up the industry in which the TV personality and cookbook author works. One might think that his colleagues should almost be afraid of the South Tyrolean’s big mouth. Trettl certainly doesn’t mince his words and, for example, speaks very openly about the fact that he had himself sterilized – even though he only has one son with his wife. Trettl not only lives the happiness of a small family, but also wanted to take this step to ensure that in old age he does not become one of the men who want to know it all over again. Late paternity is out of the question for Trettl. In any case, the chef has already taken care of things, his family no longer needs to worry about money. Roland Trettl has an esteemed Assets of 6.5 million euros.

Trettl is refreshingly different and cannot do anything with the arrogance for which many of the top chefs around him are known. While his manner simply makes him adorable and somehow quite charming, the family man doesn’t need to hide his cooking skills either. He began his training as a chef in 1987 at the Parkhotel Holzner. He also did in Munich Eggplant restaurant Station. From 1997 to 2001 he was head chef at a restaurant on Mallorca, the Ca’s Puers. Roland Trettl was therefore not entirely innocent of the Michelin star that the restaurant received in 2000.

The career of the top chef is even more colorful than the careers of many of his colleagues. After all, the celebrity chef has too already worked in Tokyo. While he was earning his bread and butter there as a food and beverage trainer, a notable incident also occurred in distant Asia. Because he had violated the requirements of his visa, Trettl even went to the local jail for three days in Japan. The celebrity chef and cookbook author has already lived an eventful life.

Exciting facts from the life of the celebrity chef

Even at an early age, the greats of the cooking scene were almost desperate about Roland Trettl. This also applied to Eckart Witzigmann, who was one of the early teachers of today’s celebrity chef. The teacher has often reprimanded the rising star in the culinary world for its disorder. Very few could have guessed what would one day become of Roland Trettl. (After all, even today his wife jokingly doubts her husband’s cooking skills.) That doesn’t just mean his Michelin star. in the Restaurant Ikarus at Hangar 7 at Salzburg Airport he was already working as managing director. Trettl’s concept with guest chefs is still lived there today, with a top international chef designing the menu every month. Incidentally, Hangar 7 belongs to one of the richest Austrians, none other than Dietrich Mateschitz.

In the press, Trettl was already referred to as a “kitchen rebel”. This also has to do with his book, in which he settles accounts with his colleagues from the cooking scene. “Served – the truth about the best chefs in the world“- the title of the book is as fitting as it is provocative. Roland Trettl openly admits that he always likes to be offended and also likes to provoke. In 20 years of his career, he got to know 120 top chefs. So he knows what he’s talking about. This openness also earns the South Tyrolean additional points of sympathy. In return, the celebrity chef openly admits criticism. You are welcome to email him if you have a problem with him.

That he is a stubborn man who stays true to his principles has already been experienced first-hand by a few very big stars from Hollywood. After all, Trettl did not see it even then to give up his day of rest, Monday, when Catherine Zeta-Jones and her no less famous husband Michael Douglas wanted to dine with him. Roland Trettl knows what he wants and doesn’t let anyone bend him. That probably also contributed to his success. In any case, the TV audience is enthusiastic and wants more.

Roland Trettl at The Taste

The charismatic chef is also making an appearance on German TV. As a guest juror on the casting show “The Taste”, which is broadcast on Sat.1, Trettl quickly won over the hearts of the fans. He was immediately appointed as a juror from 2016, replacing Tim Mälzer. 2018 will The Taste go into the sixth season and of course we hope to see Roland Trettl there again. The likable chef has also made a few appearances at Kitchen Impossible. We will certainly see the TV chef more often in the future.