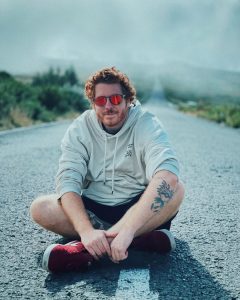 How much money does Simon Unge have?

Simon Unge is a German influencer and producer of web videos, who is known by the synonyms Ungespiel or Unge. The real name of the YouTube star, born on August 31, 1990 in Erkelenz, is Simon Wiefels. With its various YouTube channels, Unge has a reach of well over 3 million followers. There he publishes Let’s Play videos and vlogs. The cherished Simon Unge’s net worth is EUR 5.5 million.

Simon Wiefels grew up in Erkelenz near Mönchengladbach. Since his father died early, Unge lived with his siblings with his mother. After finishing school, he first worked in an institution with mentally handicapped people. He then decided to train as an educator. At the same time, Unge founded his first YouTube channel as a streamer, on which he reported from his life. In the first YouTube channel “Unschwer” was all about longboards and vegan food. This laid the foundation for his current fortune.

Over time, Simon Unge founded various YouTube channels. It all started with the “Unproblematic” and “Unproblematic” couple. Longboards, dreadlocks and vegan recipes were the focus of the web videos. The YouTube channels “Unfilmt” and “Unge” were about future plans and real-life videos. Among other things The native German took his followers on a trip around the world. With an app, the fans could even vote which travel destination Unge should go to next.

Today the two channels “Unplayed” and “Portrait” are still active. In the case of the latter, the content consists exclusively of mobile phone uploads in Instagram style. The “Unplayed” channel mainly deals with Let’s Play videos. His videos have now been viewed over 1.5 billion times.

Simon Unge is also active on the Twitch streaming platform. His “unplayed” channel has over a million followers there.

Things didn’t always go perfectly in the YouTuber’s life. Late 2014 After disputes with the YouTube network Mediakraft Networks, gave up its well-running channels with numerous subscribers. He stated that the reason for this was that the network had repeatedly failed to keep promises of support. Mediakraft Networks vehemently denied these allegations. Nonetheless, other stars then turned away from the company. The streamer is now under contract with Maker Studios. These belong to the Disney group.

Simon Unge is one of the most successful YouTube stars in Germany. Unge has been successfully active on the video platform since its inception in 2012. the mSimon Unge’s monthly YouTube earnings are around 140,000 euros and continuously increases his wealth. He showed his fans his monthly income in the stream, for example from November 2019: around 176,000 euros. He also has his own Unge shop where the streamer sells merchandising items. Further income comes from the streams and a gaming channel. Simon Unge himself states that he made more money from his YouTube activities than he could ever imagine.

However, Simon Unge not only has a lucky hand on YouTube, but also a good business acumen. Early invested the YouTuber in the company Beyond Meat, which makes vegan meat substitutes. Beyond Meat’s share price had multiplied within a very short time. Even if the exact amount of his investment is not known, Beyond Meat has made the streamer even richer. As an investor, he can further increase his wealth with investments. Simon Unge also invested in Elon Musk’s company: Tesla. In recent years, Simon Unge has also bought a plot of land and several properties on the sunny Portuguese island of Madeira.

Simon Unge is a staunch vegan. Early on, he shared his views on vegan life and animal welfare in his videos. After a self-experiment, he made a permanent decision in favor of the vegan lifestyle. In the past, he traveled through Germany in 2014 with a longboard and the YouTubers Dner, Cheng Loew and Julien Bam. A year later, the big wide world was the destination. Various people then accompanied him on his world tour. In his private life, Unge first moved to Cologne and then to Hamburg in 2017 to further professionalize his YouTube activities. Since 2018 he has lived with his girlfriend in the island’s capital Funchal on Madeira. There he bought an apartment with a view of the sea for 500,000 euros. Anyway, it’s a nice place to live and make money.