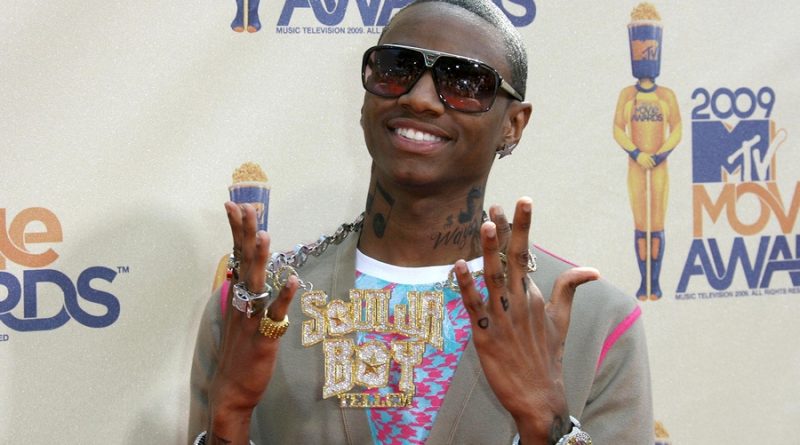 When it comes to the greatest rappers of all time, who also make the most money in the hip-hop business, names like Dr. Dre, Jay Z or P. Diddy. They have all been part of the music biz for a long time and are known for their legendary tunes. In addition, they made a lot of money not only with music, but also as clothing moguls, producers, entrepreneurs, actors and co. If you can now believe the 25 year old Soulja Boy, he too will soon be playing in the league of the greatest rappers of all time. So far, Soulja Boy’s total net worth is about 22 million euros. For rap greats like Jay Z and Puffy, however, these are just peanuts. So how does the young rapper want to catch up in such a short time?

At the same time, Soulja Boy has been in the rap business for a long time at a young age. Because in 2007, when he was just 16 years old, he landed his first big hit with “Crank That”. The song was so successful that it was number 1 in the US charts for 7 weeks in a row. But 10 years later, unfortunately, he can not celebrate as great successes and has not been at number 1 on the US charts for a long time. Nevertheless, he now claims to have signed a contract worth 400 million dollars (around 350 million euros). Soulja Boy made it public for the first time on Twitter that he is said to have landed such a grandiose deal. In addition, the obviously very self-confident rapper added that this contract was a real bargain for his partners. The truth is, it’s worth $ 2 to $ 3 billion!

$ 400 million deal confirmed. I still they think they low balled me though. I was thinking 2 or 3 billion ..

For the time being, the rapper, whose credibility can be questioned with such statements, did not want to say whether it was about a music contract or some other kind of business project. If you consider that the most expensive deal in music history to date was worth a good 220 million euros and was attributable to the late King of Pop, Michael Jackson, then you can be quite skeptical. So who should offer Soulja Boy such a hammer contract for the equivalent of 350 million euros? It is now clear with whom the rapper signed the contract: FilmOnTV. The controversial American on-demand platform, which wants to stream TV programs in the browser, is said to have caught the Soulja Boy. Details about the deal or what the possible cooperation will look like are not yet known.