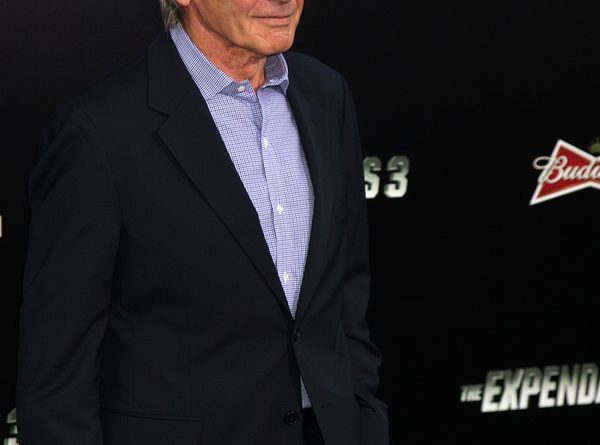 Star Wars creates quite a media presence once again – as always when the franchise releases something into the daylight. This time it’s about the movie “Star Wars – The Force Awakens”, which opened this week in theaters. The latest film also features actors from the old films, such as Harrison Ford (Han Solo), Mark Hamill (Luke Skywalker) and Carrie Fisher (Princess Leia). There is absolutely no doubt that the actors are rewarded more for their efforts than was the case in the original trilogy that started in 1977 (Star Wars: A New Hope). 1980 “The Empire Strikes Back” followed and was completed with “The Return of the Jedi Knights” in 1983. Here is an overview of the hard numbers that weren’t so intergalactically high at the time:

At the time, Hamill received the highest salary among the actors who were involved in the first film, namely $ 650,000, which would be about $ 2.5 million today, including inflation, etc. What made him a lot more cash, however, was the fact that Hamill’s contract also included receiving a quarter percent of the film’s total profit – that includes remastered versions, TV releases, and other areas. The young Mark Hamill proved himself to be a fox!

Carrie Fisher’s salary was never revealed, but the actress has often made it known in the past that she is unhappy with the deal from then. At that time she was not involved in advertising contracts and admits that she did not think that the film would hit the way it did, and therefore accepted a less lucrative offer out of sympathy. In the later films, her contract was better, and she also reaped a percentage of the film’s overall profits. Unfortunately, Carrie Fisher passed away in 2016.

Alec Guinness got the best deal of any actor. Although he did not have the highest salary, he was allowed to earn 2.25% of the earnings of the film, which includes all income from remastered versions and TV releases. The percentage is about 9 times that of the other actors. In 1977 the profit amounted to about 3.3 million US dollars, in the year 2000 he had earned about 85 million US dollars from the contract, which is more than he has earned from 30 previous films – combined! Unfortunately, Sir Alec Guinness died in 2000 at the age of 86.

In case anyone is unclear: Dave Prowse gave THE villain of the Star Wars universe the stature, while James Earl Jones gave the voice of the masked butcher. Dave Prowse often claimed in the past that he would never have been paid because of an “extremely cleverly manipulated contract”, whether that is true remains to be seen. James Earl Jones received $ 5,000 at the time, a high fee for a “vote” of his time. Today he jokes about it: His agents assumed that the film would be a huge flop and advised the actor: “Take the money, do the job, and then run as far as you can.”

As a “better stuffed animal” in his opinion, Peter Mayhew only brought home $ 450 a week, even though his career was at the very beginning. Mayhew was working in a hospital at the time – and had to take 3 months off there to do the better-paying job for Star Wars. However, he was not very responsible with the money and squandered it, which meant that he had to move back in with his parents when he was 33.

That would be them, the salaries of the actors from back then! Are you surprised? When you talk about the old Star Wars films, you quickly get into a nostalgic mood. For this reason, a few more fun facts from back then, which are still fun today:

Fun fact 1: The actors who played the stormtroopers were paid at 8,500 Tunisian dinars, about US $ 6.50 a week. The whole thing was in 1976. Incidentally, the salary at that time was above average for the region.

Fun fact 2: Some of the films were shot in Guatemala in the Tikal region – as the security regulations there were very different from those in North America and it was common, for example, for security guards to disappear overnight because they were tired or tired, they paid some Local residents with a six pack of beer. For this treasure, they were ready to watch the cameras and equipment all night.

Fun fact 3: The first Star Wars film, Star Wars: A New Hope, grossed $ 775 million on a budget of $ 11 million. An impressive profit margin that many films dream of today.

Fun fact 4: The director of the Star Wars films, George Lucas, was afraid the film would fail and kept negotiating with the donors, who did not have a lot of money themselves, just enough to make the film a reality. George Lucas then negotiated that his fee would be reduced somewhat, but that he would receive the advertising rights for this film and all subsequent ones, he thought that at least that way he could earn some money from the film, because the studio at the time also assumed that the film would be They agreed that it would not be a great success and would be drowned out in the mass of films from back then. This deal has proven to be a treasure, the advertising rights to all Star Wars films brought George Lucas about 5 billion US dollars. There is something ironic about it if you think about it for a moment.