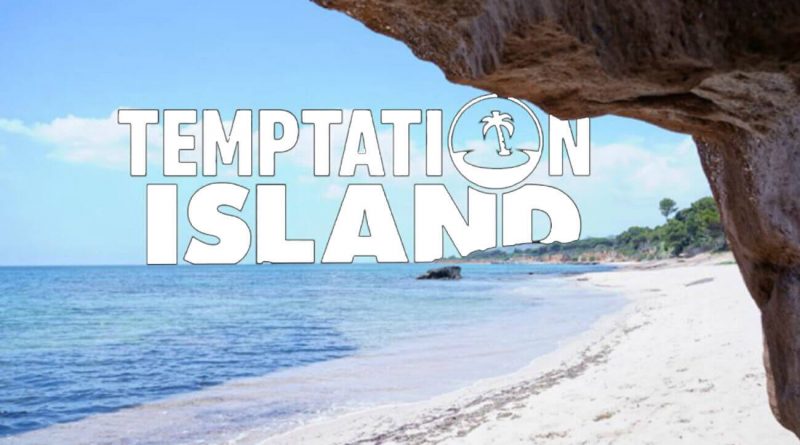 Claudia and Ste, or Claudia Venturini and Stefano Socionovo, are a couple of engaged boys for 4 and a half years of about 26 years, participating in Temptation Island 2021. It has been Claudia to write to the Temptation Island editorial team to take part in the program. The girl confirmed how in the last twelve months things have not gone the right way, indeed, and that the approach of the wedding has been for her more a problem than a joy. Ste’s girlfriend admitted she was afraid, and so, after the postponement of the wedding due to Covid, there was no longer the will to confirm the path traced before the arrival of the pandemic. Fear that, after some time, has turned into fear, with the doubt that things between them can no longer work as before. 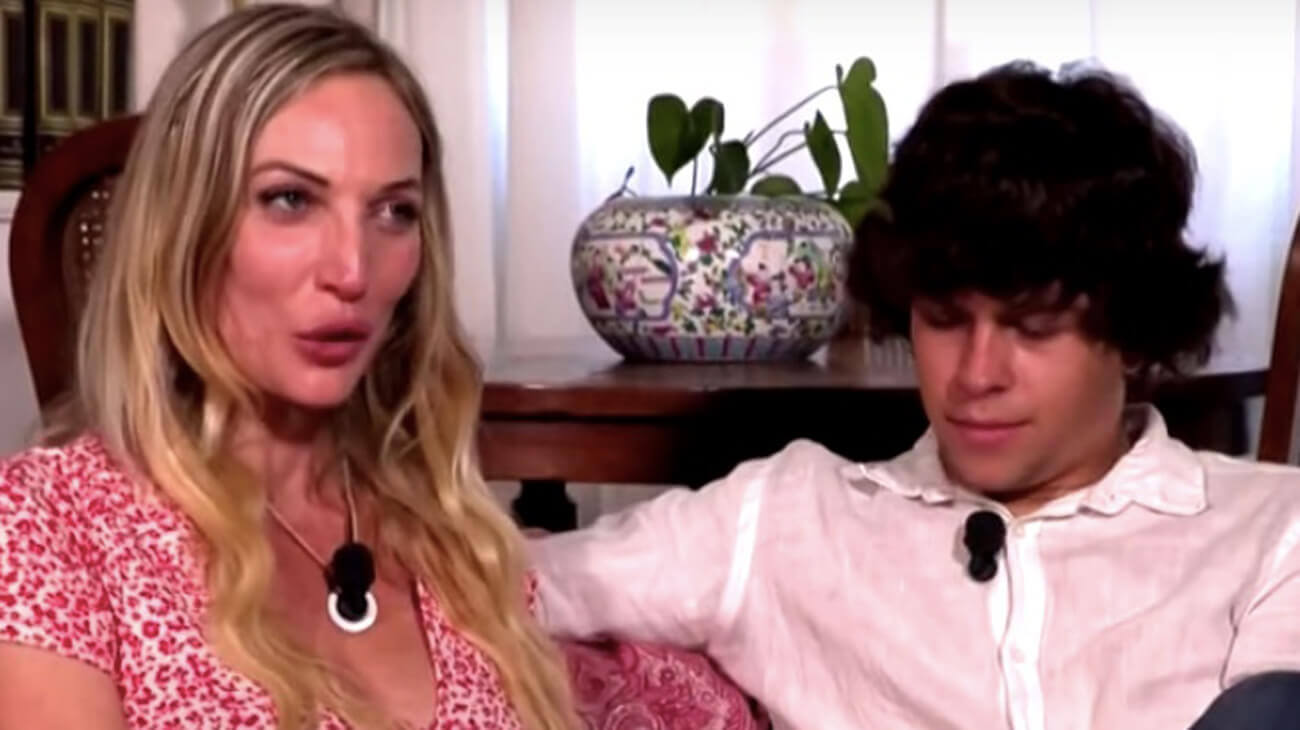 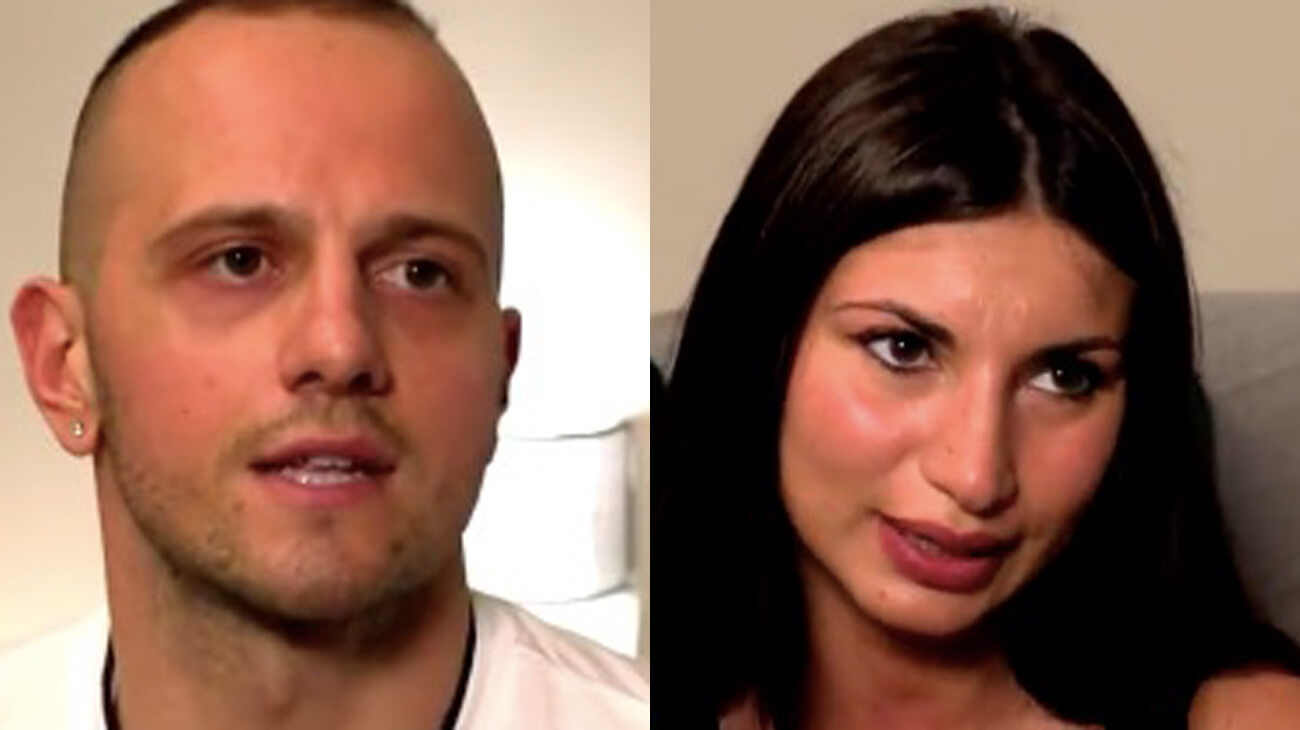 Manuela and Stefano, born Manuela Carriero, they have been together for 4 and a half years: the couple is experiencing a moment of crisis because Manuela has discovered Stefano’s betrayals and has gone to live alone. This is the last chance for Manuela and Stefano to put their relationship back together! 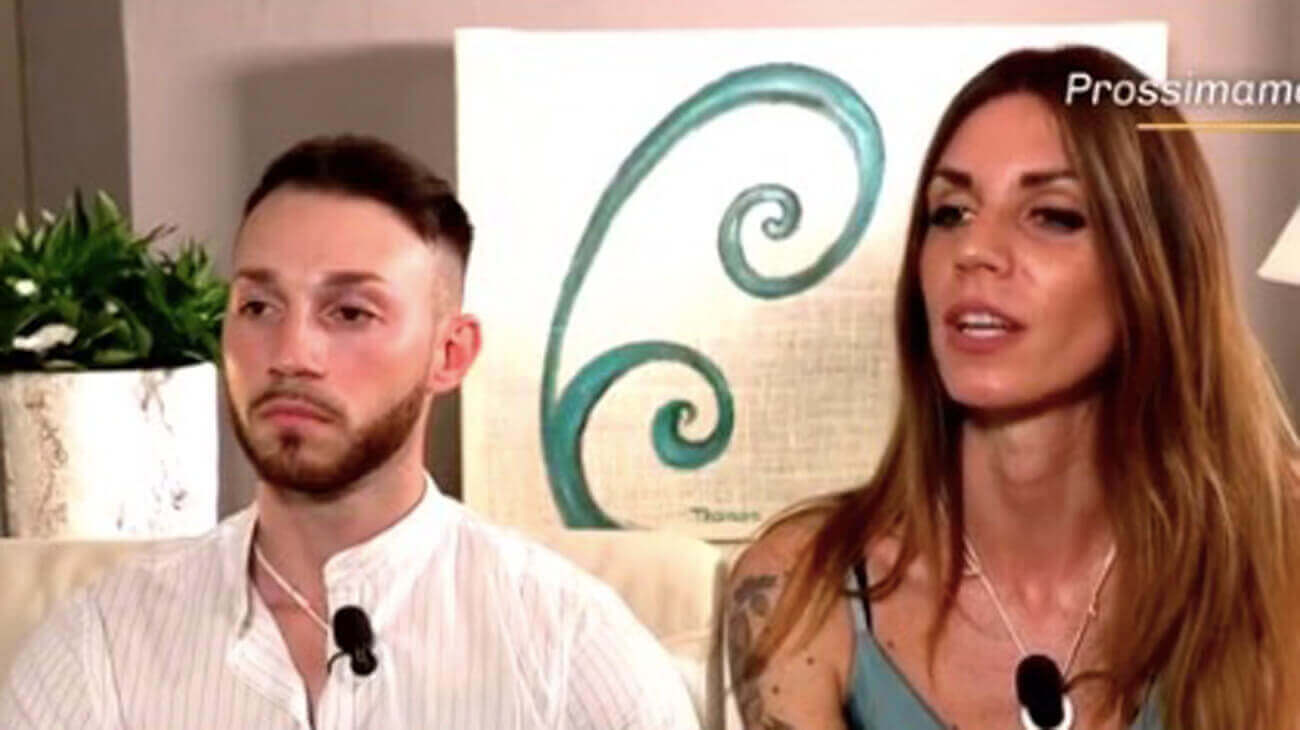 Jessica and Alessandro, real name Jessica Mascheroni And Alessandro Autera, they are originally from Milan and are 24 years old, the couple participates in Temptation Island at the behest of Jessica since she found a change in her boyfriend Alessandro. In fact, after 7 years of relationship and 2 of living together, he now finds Alessandro lacking that necessary fire and the couple sinks into monotony. 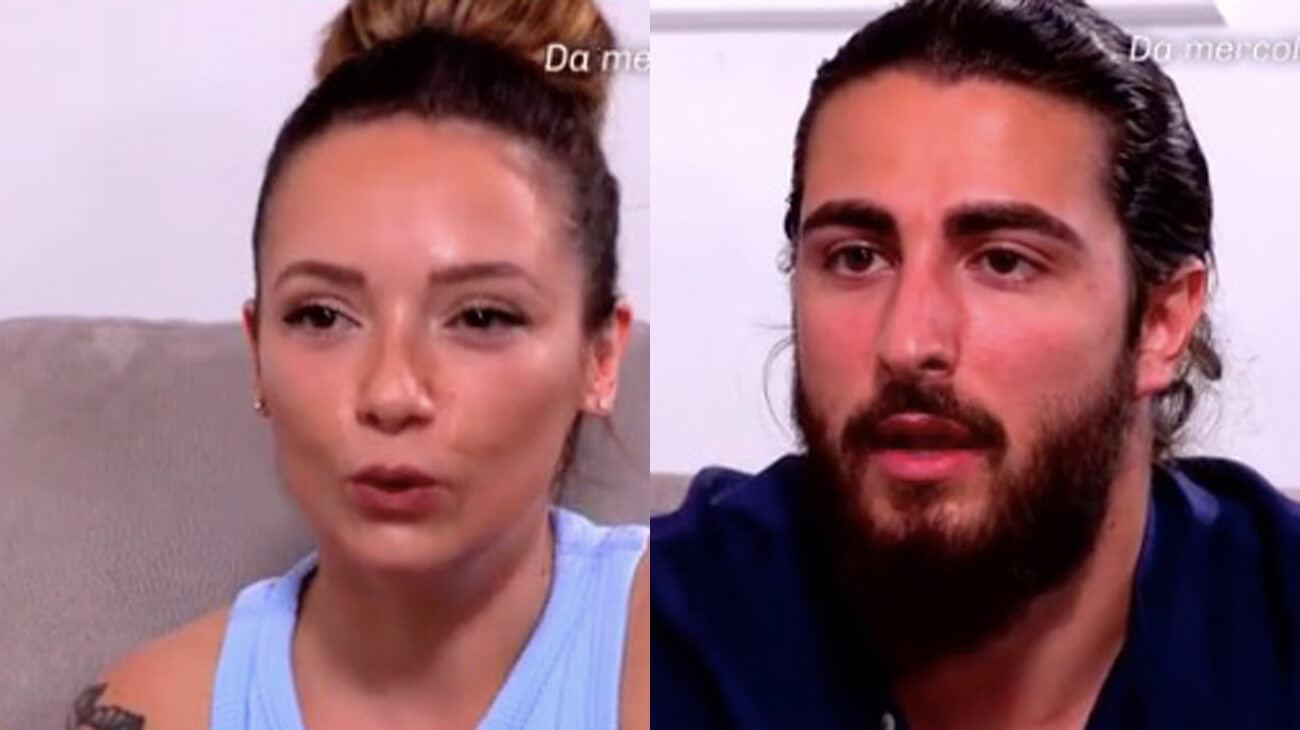 Natascia and Alessio I am a 31-year-old couple who have been engaged for two years. Natascia and Alessio have decided to live together for about a year, but Natasha writes to Temptation Island because her boyfriend, who previously seemed to be the perfect man, has now become judgmental and she doesn’t feel accepted as she is. For his part, Alessio feels neglected.

Floriana and Federico I’m a couple from Palermo, she 21 and he 34, have been engaged for two years. After a relationship in which Federico fills with attention and courts Floriana, the same now complains, after 2 years of relationship, a change in attitude towards her on the part of Federico. Floriana decides to write to Temptation Island, to get confirmation from Federico: is he still in love with her, or is their relationship just habit and security? 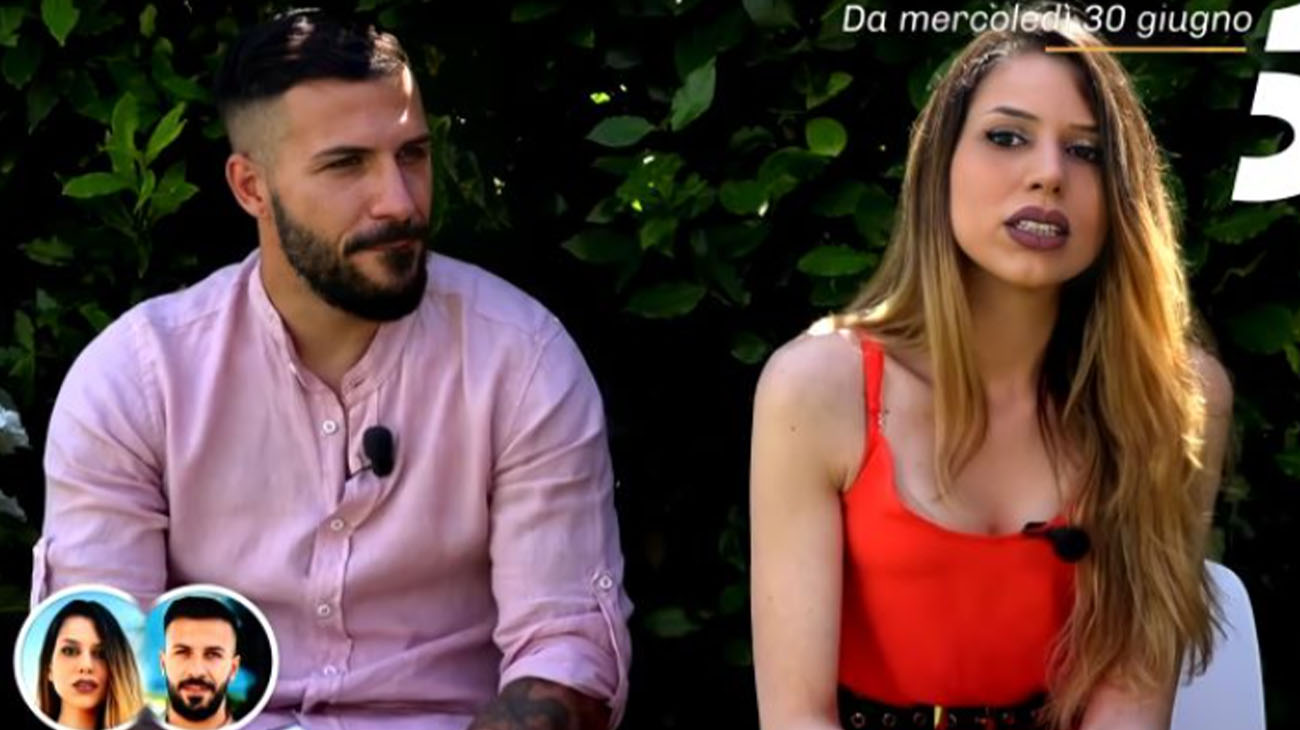 The host of Temptation Island 2021 is Filippo Bisciglia. Having beaten the competition and alternating with Alessia Marcuzzi, Filippo is back at the helm of this June / July 2021 edition.

THE single of Temptation Island 2021 were disclosed one week into the program. The list of singles could see some well-known faces of the program or anticipate some faces of the following season.

Temptation Island 2021 single temptation kids are 13. Among them we recognized:

Who Are Single Tempters?

Angel he is 26 years old and was born in Salerno. He is a footballer and in the future he would like to work with children, whom he adores, teaching them this sport.

Alexander he is 25 years old and an entrepreneur originally from Vercelli. He works in the construction field in the family business. He is a fast car enthusiast.

Alessio he is 37 years old and was born in Rome, the city where he currently lives and where he has a club. Alessio has a degree in law and works in the field of civil law. His passion is that of Padel.

David he is 27 years old and comes from La Spezia. He is a familiar face of Men and Women and is currently finishing writing his first novel.

Joseph he is 32 years old and was born in Naples, in life he is a dentist with a life past lived in Germany. Giuseppe is about to open his dental practice in Milan, the city where he currently lives. Speaks several foreign languages ​​well.

Luca he is 26 years old and has a degree in physical education, he was born in Riccione where he works as a Personal Trainer.

Luchino he is 31 years old and from Ascoli Piceno, he works as a surveyor and would like to become a firefighter just like his father.

Luciano he is 27 years old and from Naples, we saw him at the Beijing Express. He works as a highway fire operator and has a three-year-old daughter.

Manuel was born in Rome and is 25 years old, he is a personal trainer and model and is one of the most popular singles of this edition on Social. He played football at an amateur level.

Marco he is 26 years old and originally from Cesenatico, he is a sportsman, in fact, he practices skiing and wakeboarding.

Savior was born in Caserta and is 32 years old, he is an entrepreneur in fact he owns a service holding company. Salvatore is the father of a 9-year-old son and both are passionate about painting. Salvatore is also a musician in fact he plays drums and bass.

Samuel was born in Rome and is 28 years old. In life he is a sales agent and also deals with training for the sales force. He is a traveler and in fact he has toured all of Europe and all of North and South America. 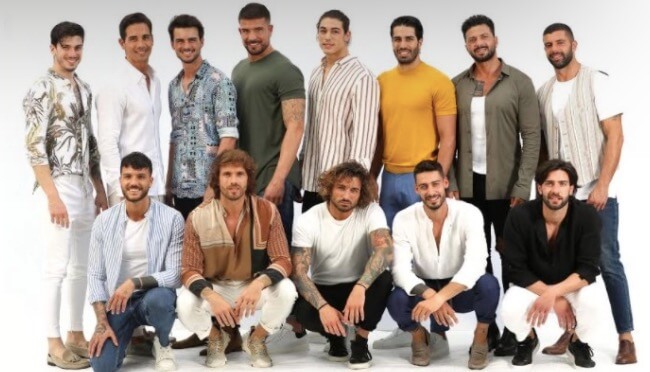 The 13 Single Guys of Temptation Island 2021

Who Are Single Temptresses?

Anastasia he is 21 years old and comes from Somma Vesuviana. She is a model but has a background in artistic gymnastics and is a freak of order, a trait inherited from her mother

Angelica she is 22 years old and was born in Merano in the province of Venice. She is a model and has ten years of classical dance behind her. Angelica is a sporty girl.

Carlotta Adacher she is originally from Rome and is 34 years old. She works in the electromedical field and specializes in aesthetics. His hobbies are music and ice skating which he practices regularly on the waterfront. He also loves good food.

Federica she is 28 years old and originally from Catania. He practices freelance but we don’t know in what sector. She is a gamer and also loves horror movies and everything related to fantasy. Federica from Temptation Island has an excellent knowledge of languages ​​including Spanish and French.

Gabriella is a 25-year-old student in physical education and was born in Naples. Her passions are football and she is also a Juventus fan.

Gabry was born in Naples and is 29 years old. She works as an event hostess but her passion is being a deejay in fact she is learning to play with the console. Gabry is also a meditation enthusiast.

Giulia she has a degree in civil engineering and loves to ride horses. Giulia is 25 years old and was born in Rome.

Giuly she is 33 years old and originally from Rome: in her life she works as a dermo pigmentist even if she has a degree in Civil Engineering. She is a sporty girl and in particular she has been playing Padel for some years. He also loves nature.

Lucretia she is from Milan and is 33 years old, she works as a hostess in fairs and congresses. Lucrezia’s love is her dog with whom she spends a lot of time in the park and for walks.

Rita she is 28 years old and was born in the province of Bridisi; works as a beautician and studied in Paris and the United States. Her grandfather lives in Nice and she has spent many summers right in the French city.

Tania she is 27 years old and was born in the province of Caserta (Piedimonte Matese); she is the daughter of a former Serie A footballer and in fact she is a football fan. Work as a saleswoman.

Vincenza she is 25 years old and was born in Vallo della Lucania in the province of Salerno. In life she teaches dance and is a choreographer: her specialties are classical dance, modern dance and Flamenco. 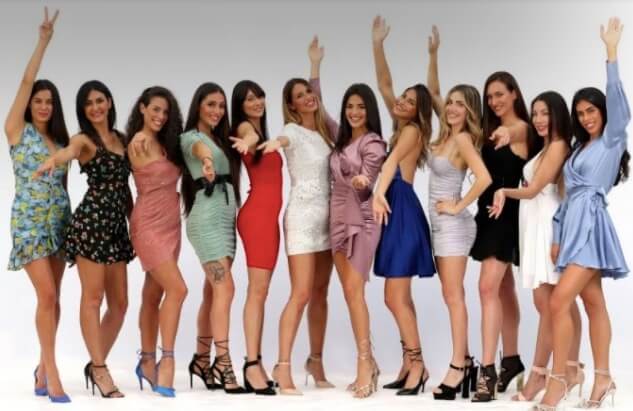 We also remember Andrea Cerioli, Akash Kumar and Alessandro Basciano among the historical singles of the program.

The Previews of Temptation Island 2021: one pair was eliminated after a few days. It is unknown which of the six couples it is, but it appears that one of the engaged couples has climbed over the fence that separates the village of boyfriends from the village of girlfriends in the throes of lack and jealousy and that for this the couple has left the game. In fact, we remind you that the meeting between engaged couples is prohibited for all 21 days of the program or until the confrontation bonfire.

When does Temptation Island 2021 start?

Temptation Island 2021 officially starts June 30, 2021, towards the end of Love Island the program broadcast on Discovery + and Real Time which vaguely recalls the format. After the first episode on June 30, Temptation Island 2021 returns on Monday July 5, with the second episode. The reality of sentiments is broadcast on Canale 5 but it is possible to follow it in streaming and retrieve the episodes with reruns on La5.

Where is Temptation Island Filmed?

The resort in which it is shot Temptation Island 2021 is called Is Morus Relais and is located in Santa Maria di Pula in Sardinia. As always, the village is divided into two parts: a part dedicated to boyfriends and singles, and a part dedicated to boyfriends and singles. It has not been uncommon in the past to see boyfriends who, after a period of distance from their girlfriend, climbed over the fence to reunite with their beloved: in fact, Ciro Petrone’s race towards his girlfriend Federica Caputo and that of Salvatore Di Carlo towards his current wife Teresa Cilia.