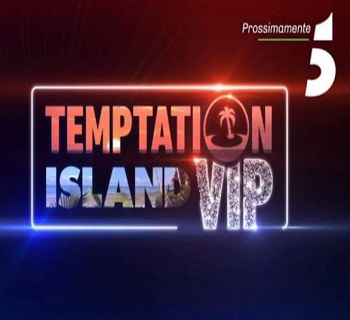 Temptation Island Vip 2019 aired from 9 September 2019 to 14 October 2019. All the official cast, with couples and singles tempting and temptress of this edition.

The official couples of Temptation Island Vip 2019 were presented on the Witty Tv website. The initial couples were six, to which a seventh couple was added after Ciro and Federica left the program prematurely due to Ciro’s race towards the village of girlfriends, in the throes of the absence of his partner.

Nathaly Caldonazzo is an Italian showgirl, the leading face of Bagaglino and actress. Very famous in the 90s was also the partner of Massimo Troisi until his untimely death in 1992. The couple formed by Nathaly Caldonazzo and Andrea Ippoliti was engaged by about three years before joining the program but she broke up at the end of Temptation Island for the betrayal of him with the single Zoe Mallucci.

The couple’s problems were mainly the constant ups and downs that the relationship had and the instability this caused in both of them.

Pago, stage name of the singer Pacifico Settembre, has been engaged to Serena Enardu (Elga Enardu’s sister) for six years when they entered the program. Both were veterans of previous important relationships and both have a child. In fact, Pago had a long relationship with the showgirl Miriana Trevisan with whom he also married. During the adventure on Temptation Island Serena gets a crush on the single Alessandro Graziani: for this reason Pago and Serena leave the program separated, because Serena is no longer convinced that she feels the same feeling for Pago. The two will be back together during the Big Brother VIP.

Ciro Petrone is a Neapolitan actor, famous for having had the role of Pisellino in Gomorrah, the film by Matteo Garrone. His partner Federica, on the other hand, is a student, the two had been together for eight years when they participated in the program. Ciro and Federica they left Temptation Island Vip 2019 after a few episodes because Ciro, prey to the lack of his girlfriend, made a mad rush towards climbing over security and fences to be able to hug his Federica again. Having therefore violated the rules, the couple immediately exited the program.

Simone Bonaccorsi and Chiara Esposito are a couple of young and beautiful guys. He is Mister Italia 2018 while she is a Rising Star of the web. Chiara and Simone they have known each other for six years, but have only been together for 10 months continuously when they entered the program. In fact, their first attempt to be together was interrupted by a betrayal of Chiara who later declared herself very repentant. Both declared themselves very in love, in fact they left the program together and hugged again as soon as they saw each other at the bonfire.

Damiano Er Faina and Sharon Macri have been engaged for six months when they enter the program. Although they have recently been together, the couple declares that they are very much in love and live together in Rome. Damiano is a famous youtuber, who has in the past harshly commented on previous editions of Temptation Island stating that it was not possible for love to end if it were true. Damiano Er Faina and Sharon leave the program together and are still very close.

Anna Pettinelli and Stefano Macchi are the most famous couple of this edition of Temptation Island 2019. They have been engaged for five and a half years when they enter the program and live together with her daughter, Carolina Russi. The main “problem” of this couple is the age difference: there are 18 years of difference and Anna has often been jealous towards Stefano. Anna Pettinelli and Stefano Macchi left the program together and are still very happy.

Gabriele and Silvia they entered to replace the couple Ciro and Federica. He is famous for being a music producer and the son of comedian Pippo Franco. Their story has been going on for some time but the two were good friends before getting engaged: a relationship that has evolved over time to make them a couple. Gabriele and Silvia leave the program together but leave shortly after the end of the program itself: already during Temptation Island, in fact, several problems had emerged between the two boys.

Delia Duran and Alex Belli they are a couple who have entered the middle of the program: the two are very in love and physical, and they are not new to the world of gossip. In fact, Alex belli’s ex-girlfriend, Mila Suarez, participated in Big Brother 2018 by launching several arrows

The cast of singles and Single by Temptation Island Vip 20199 in detail. The boys live in the village of boyfriends and girlfriends.

Temptation Island VIP 2019 is also available in streaming . Currently the reruns of the program are visible here:

The host of Temptation Island Vip 2019 was Alessia Marcuzzi. He replaced Simona Ventura at the helm of the VIP version of the program. The regular version instead we remember that it is conducted by Filippo Bisciglia

Where Temptation Island Vip is filmed

Temptation Island VIp is shot in Sardinia and precisely at Is Morus Relais in Santa Maria Di Pula.