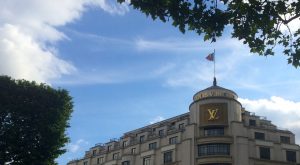 There are some brands that are so famous that even every child in Africa knows them. Coca-Cola is one such example. A brand with this level of awareness is of course extremely valuable and it is amazing how much these brands pay for their advertising expenditure year after year. Anyone who is worth hundreds of billions can also spend several billion a year on marketing in order to continue to assert themselves as one of the most valuable brands. So these are numbers that other brands can only dream of. So today we would like to meet with the Employing 10 most valuable brands of 2016. So which brands make the associated companies more valuable than almost any other group in the world? We can already reveal this much at this point: There is a clear winner who outshines the competition by light years!

The value of brands is based on customer perception. How much are customers willing to pay for a particular brand’s product compared to the competition? Psychological factors play a decisive role in this context, which is why the most valuable brands in the world could quickly fall back in the reputation of customers through a misstep and thus lose immensely in value. Before we go into more detail about our top 10, we would also like to reveal at this point which brands did not make it into this ranking, but are slowly and steadily making their way to the top:

It should come as no surprise that many of the companies mentioned are based in the USA and a large number of the most valuable companies in 2016 in Silicon Valley, the hotspot for technology companies worldwide. The technology companies make earnings within seconds, many of them are at the top of our ranking of the most valuable brands. On the other hand, the fact that Amazon did not make it into the top 10 is quite surprising for many readers. However, the difference between 25th and 10th place is just over 12 billion euros, so the ranking might look completely different next year. So who are they, the 10 most valuable brands of this year?

Our ranking starts with a close head-to-head race. Because between 10th and 6th place there are not even 5 billion euros. Even if GE just barely made it into the ranking of the 10 most valuable brands in 2016, the group had to lose 2 percent in value compared to the previous year. How much the group spends on its marketing is not known.

This company is slowly but surely getting on the collar as more and more consumers eat and live more health-consciously. This is also noticeable in the company figures, McDonald’s posted a 1 percent loss last year. Compared to many other companies in this ranking, the marketing budget is correspondingly low. McDonald’s “only” spent a good 650 million euros on its marketing.

While our ranking is teeming with technology companies, Disney made it to 8th place. After all, not only children but also adults love the funny cartoon characters from the group, which operates numerous theme parks for young and old around the world and spends a good 2.35 billion euros on targeted marketing every year.

Things didn’t go well for IBM last year. Because even if the technology group is in 7th place, the company had to lose 17 percent compared to the previous year. Nevertheless, the company spent 1.175 billion euros on advertising.

Many of our readers may be amazed that Toyota, and not Mercedes-Benz, Tesla, Porsche or any other luxury brand, is the most valuable car brand of 2016. The group was able to achieve growth of 11 percent compared to the previous year, but has to spend the equivalent of 3.25 billion euros for its marketing.

In fifth place in our ranking, we meet an old friend again. Even if it might surprise many readers, 5th place for Facebook is a very good result. Because the growth compared to the previous year is considerable at 44 percent. It is also noteworthy that Facebook has invested relatively little in advertising and was nevertheless able to gain immensely in value as a company. For example, while fourth place spent 3.6 billion euros on marketing, Facebook only spent 254 million euros. In direct comparison with the competition, the social network from Silicon Valley seems to have done everything right once again, and CEO Mark Zuckerberg’s fortune is growing too.

Even if Coca-Cola is one of the few brands that really as well as everyone in the world knows, it was still a long way from reaching first place in our ranking. After all, our first-placed brand is worth more than 2.5 times as much as the Coca-Cola Group, which is currently struggling more and more for its customers. Because while consumers around the world are becoming more and more health conscious, this is of course not at all good for Coca-Cola. This may also be a reason why the company Coca-Cola invested 3.6 billion euros in advertising last year alone and still only managed to achieve growth of 4 percent.

Microsoft is likely to have been very annoyed that the group came in third behind our number 2. Because with the second-placed brand there is a constant competition that Microsoft was not able to win, at least in this case. However, this is not a cause for sadness. After all, the value of the group has increased by 9 percent compared to the previous year, so that Microsoft can easily afford its annual advertising costs of a good 1.7 billion euros.

Even if this brand is almost Worth 75 billion euros we can already reveal that Google is nowhere near number 1 in our ranking. However, Google is definitely on the way up. Because within a year, the group has increased in value by 26 percent, which is probably also due to the advertising expenditure in the amount of legend and writing 2.9 billion euros annually.

Compared to the previous year, the “Apple” brand is now worth 6 percent more. Of course, investors also benefit enormously from this immensely high brand value. Apple can even afford to to spend an impressive 1.625 billion euros per year on marketing and advertisingto be remembered over and over again in the minds of consumers. The advertising geniuses at Apple seem to have done a lot right in view of the pole position of their employer, whereby the product quality, the innovation potential and the design aesthetics typical of Apple have certainly contributed to the victory in our ranking of the most valuable brands in the world.