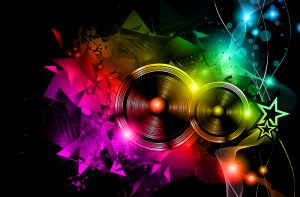 Countless songs storm the charts around the world every year. The best voice is not always decisive, but sometimes a song simply hits the nerve of the times or has a particularly catchy beat. And a few have what it takes to become an evergreen. A song that is heard again and again around the world and never goes out of style. Anyone who was lucky enough to have had a share in such a top hit can henceforth lead a carefree life, even if it remains with a single musical success. These 12 top hits got the singers and musicians countless millions of dollars brought in.

The most successful song of all time

12th I will always love you – Dolly Parton

In 1973 the American country singer Dolly Parton wrote and sang the song “I will always love you”. It made it to number one on the Billboard Hot Country Song Chart in both 1974 and 1982. More recently, the cover version of Whitney Houston has been known, which was re-recorded in 1992 and made world famous with her film “Bodyguard”. With this version, too, Dolly Parton earns a lot through license fees to this day. All in all, this song alone should have brought in millions.

11 Candle in the Wind – Elton John

Elton John was a good friend of the American actress Marilyn Monroe. When she died in 1973, he dedicated the song “Candle in the Wind” to her as a farewell. He wrote the song with Bernie Taupin, with whom he had worked on previous productions.
In 1997 Elton John rewrote the song on the occasion of the death of Lady Diana. The line of text “Goodbye Norma Jean” (the correct first name of Marylin Monroe) became “Goodbye Englands Rose”. The song was released as a single and topped the charts around the world. This made the new edition of “Candle in the Wind” more successful than the original version. Exactly how much money Elton John made with both versions is not known. But there is no doubt that it must be in the millions.

No Christmas goes by without hearing the famous “Christmas Song” by Mel Torme and Bob Wells on the radio at least once. This song, published in 1944, tells of hot chestnuts roasting over the fire and of a cozy Christmas Eve. It is all the funnier to find out that Mel Torme was actually Jewish and that the song was written by him on a hot, sunny day in California within less than an hour. Nat King Cole was the first interpreter of this song, but it was interpreted countless times by various artists in the decades that followed. Mel Torme and Bob Wells are said to have brought in around $ 19 million in the Christmas carol.

One of the biggest catchy tunes of all comes from Roy Orbison and William Dees, who wrote the song in 1964. Allegedly it was a coincidence that came about in 40 minutes and that inspired Roy’s wife Claudette.
The song was recorded the following week and released again a week later. “Oh pretty Woman” should be Roy Orbison’s greatest success. The song climbed to number 1 on the charts in the USA, as well as in Great Britain and Germany. It has been sold over 7 million times worldwide. The song became famous again in 1990 when it was used for the soundtrack of the movie “Pretty Woman” with Julia Roberts and Richard Gere. “Oh Pretty Woman” was Roy Orbison’s only number 1 hit, but grossed just under $ 20 million in total.

8th Every Breath you take – Sting

“Every Breath you take” was composed by Sting in 1983 and recorded with his band “The Police” at the time. Many people think this is a romantic love song, but the opposite is true. According to Sting, it is about a monitoring, everything controlling partner. In an interview, the singer once mentioned that he is downright shocked when people say they let it play at their wedding.
“Every Breath you take” has been covered several times by other artists. The best-known version is the 1997 published by Puff Daddy and Faith Evans, who processed the violent death of the rapper Notorious BIG. At that time the song had the addition “I’ll be missing you”. Sting brought in a quarter of his fortune on Every Breath you take. To date, the song has earned him an estimated $ 2,000 per day in royalties.

9th place is occupied by another Christmas carol. The musical announcement that Santa Claus is coming to town comes from the pen of Haven Gillespie and Fred J. Coots. They composed and wrote the song as early as 1932. It was interpreted by numerous artists, the most successful version sang in 1943 by Bing Crosby with the Andrew Sisters. But modern singers like Mariah Carey or Bruce Springsteen have also sung “Santa Claus is coming to town”. So far, this Christmas carol has grossed around $ 27 million.

In 1961 the song “Stand by me” by Ben E. King, Jerry Leiber and Mike Stoller climbed to the top of the charts. The distinctive rhythm, which is played on the double bass or strings, ensures a high recognition value.
In 1986 the song was able to score again successfully. It became the theme song of the film “Stand by me”, the story of which was based on a novel by the author Stephen King. When the song also appeared in a commercial for the jeans brand Levis shortly afterwards, it once again climbed to the top of the global charts. Over the years the song has been reinterpreted and covered by countless singers. “Stand by me” is said to have already brought in $ 27 million.

“Unchained Melody” was composed in 1955 by Alex North and Hy Zaret. Interestingly enough, the whole song doesn’t even include the words “Unchained Melody”. It was written for the film “Unchained”, which is about a California prison. In contrast to the film, the song was very successful. Especially in the version of the Righteous Brothers 1965. To date, the song is said to have grossed around 27.5 million dollars.

There are more No. 1 hits from the Beatles than spontaneously come to mind. The most successful song of this exceptional band, however, was “Yesterday”. Like all Beatles songs, it was written and recorded in 1965 by the successful duo John Lennon and Paul Mc Cartney. “Yesterday” is the second most popular song of all time on the radio. Covered by countless artists, the song still earns high license fees. In total, “Yesterday” is valued at $ 30 million so far.

In 1964 the ballad “You’ve lost that Feeling” was sung by the singing duo Righteous Brothers. In this original version, it became one of the most played songs of all time. But the cover versions of Cilla Black in 1965 and Dionne Warwick in 1969 also reached high positions in the global charts. The song was composed by Barry Mann, his wife Cynthia Weil and the music producer Phil Spector. To date they have made around $ 32 million with “You’ve lost that Feeling”.

A Christmas without “White Christmas” is not a real Christmas. And when the weather lets you down, you are particularly happy about the velvety sounds of this incredibly successful Christmas carol. It was composed in 1947 by the Russian immigrant Irving Berlin in the USA and sung by singer Bing Crosby. To date the song has been Sold 50 million times and is therefore the best-selling single of all time. “White Christmas” has brought in around 36 million dollars so far.

In first place is a song that is a natural part of our everyday life. It is the birthday song “Happy Birthday”. It was written around 1890 by the two sisters Mildred J. Hill and Patty Smith Hill, who worked in a kindergarten. Originally the melody served as a welcoming song for the children and was sung with the line “Good Morning to all”. Only in the second verse did “Happy Birthday” appear. As a birthday song, it was first published in a song collection in 1924 and began its triumphal march around the world. Every year “Happy Birthday” brings license fees of $ 2 million worldwide. $ 50 million should be the total value of the song so far.