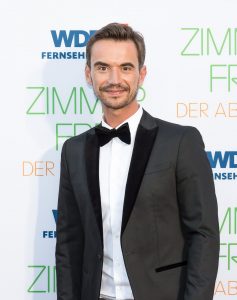 How much money does Florian Silbereisen have?

Through his former relationship with Helene Fischer, one of the biggest pop stars in all of Germany, Florian Silbereisen has also made it even more famous. However, at the side of his now ex-girlfriend, he had to admit that he doesn’t earn as much as Helene, the shooting star of the German hit scene. The assets of Florian Silbereisen should be 8.5 million euros at least amount. He is currently also playing as an actor in the new season of “Das Traumschiff” and has replaced Xavier Naidoo on the DSDS 2020 jury.

Whatever Florian touches, we turn to quota gold

Florian has been moderating the ORF / ARD cooperation since 2004 “Folk music festivals“To date in almost 100 programs. Since 2019, Silbereisen has played the captain Max Parger in the ZDF series Traumschiff “. In 2020 the singer and Thomas Anders released the music album together: “Das Album” and the two of them achieved gold status straight away. (more than 100,000 sales).

In 2020 Florian stepped in as a jury member replacement for Xavier Naidoo and judged the singing skills of the candidates alongside Dieter Bohlen. In the new season 2022, he will now be the direct successor of jury veteran Dieter Bohlen, who has already left. The broadcaster RTL wants to completely re-roll the format and has brought Silbereisen on board. The fee for this could be in similar spheres as its predecessor. (1.2 million euros per season)

The couple had sung several romantic duets and performed together. Florian also did this with his in recent years huge Helene tattoo Headlines. The piece of jewelery is said to have cost him a total of 1,000 euros, which now ensures that he always has his “former” sweetheart with him. From 2008 to 2018, the two were the Schlager dream couple.

Its beginnings and the career

Florian Silbereisen received his first recording contract at the age of 9 and was henceforth considered a child prodigy of folk music. Little Florian was seen on television for the first time at the age of 10 and apparently mastered this appearance so well that it has now become a long-lasting career. When the singer was finally allowed to join the Musikantenstadl at the age of 20, he had already gained a lot of experience in the music business. By the way, Florian Silbereisen’s first album was released at the tender age of 16. Even as a little boy, it was obvious that music was in his blood. Especially his Styrian accordion he loved everything – a rather unusual instrument for a little boy.

After he was also loved by the cameras and viewers, the singer entered the moderation business at the age of 22, which is an important part of his career to this day. The former newcomer is now a popular entertainer who is taken seriously as a show master in Germany. Otherwise Florian Silbereisen would not have lasted so long in this business. Even as a film actor, thanks to the ARD, he was able to appear in the meantime. In 2006 he was seen in the production “King of Hearts”. Also in 2006 Florian was allowed to make his musical debut. He was seen in the musical “Elisabeth”, which is about the life of Sissi from Austria.

Florian received his first award at the age of only 11. At that time he was honored with the Herbert Roth Prize for “Young Soloists”. In 2004 he was then considered “Shooting Star of the Year” and received the corresponding Brisant Brillant award for it. The magazine Superillu also became aware of Florian Silbereisen’s talent and honored him with the Golden Hen in 2004. After he was named a hit star in 2006, he was also included in “Signs of Fame Germany” in the same year. As the following list shows, a few awards have been added since then and the ex-boyfriend of Germany’s favorite Helene Fischer was most recently even Awarded a Bambi as an actor.

A really personable, talented guy who definitely enriches the hit industry. We look forward to more appearances and shows by Florian Silbereisen.