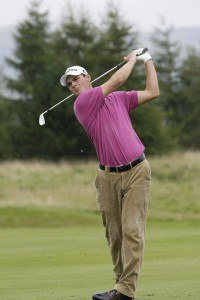 How much money does Martin Kaymer have?

Friends jokingly called him “one hit wonder” in the past. Martin Kaymer has proven in recent years that he is capable of far more than just one daily performance. He is not only considered Germany’s best golfer. The 1984 born “child prodigy from Germany” is also on everyone’s lips internationally. Perseverance, ambition and hard work pay off: In the course of his career to date, Kaymer Prize money of around 33 million euros he plays. In addition, there is income from top-class sponsorship deals. We calculate after taxes estimated fortune of approx. 25 million euros. This means that the competitor and top earner Tiger Woods, who now owns 705 million euros, is still a long way off, but the German still has a long career ahead of him.

Do you prefer soccer or golf?

Martin Kaymer was born on December 28, 1984 in Düsseldorf. As a teenager he played soccer at Fortuna Düsseldorf– until he finally decided to play golf at the age of 15. At that time he was already able to show a handicap of 0. After he switched to the professional position at the beginning of 2006, the young player set about fulfilling the expectations placed on him.

He was named Player of the Year 2006 by the German section of the PGA European Tour because of his victories. In the following year he got several top ten placements, including the Scandinavian Masters (2nd place) and the Volvo Masters (6th place). Kaymer earned his first tournament victory on the European Tour in 2008 during the Abu Dhabi HSBC Golf Championship. In 2009 he advanced to 19th place in the world rankings. In 2010, Kaymer told Bild-Zeitung:

I know that I am one of the best players in the world.

Even if the following years brought defeats, Kaymer is currently at number 16 in the world rankings. And the daily newspaper “Die Welt” stated in May 2015: “For a long time nothing comes after the most successful German golfer.”

Martin Kaymer is considered to be a calm but purposeful character, therefore a “winner type”. The fact that his brother Philip was his caddy for a long time speaks for the family spirit of the professional. In addition to golf, he is also enthusiastic about other sports, such as running, cycling or swimming. Martin Kaymer has a residence in Scottsdale, Arizona, but is also loyal to his home in the Rhineland with another apartment in Mettmann.

Prize money in the millions is not uncommon for Martin Kaymer. In 2010 he led the annual PGA European Tour money list with earnings totaling 4,461,010 euros. Between 2007 and 2014 he earned over 15 million euros on the European Tour alone. Together with the PGA Tour, he has earned around 33 million euros to date.

The following selection shows which prize money Kaymer was able to book in previous years at individual tournaments:

It is hardly surprising that a golf professional opts for a partnership with a suitable equipment supplier. For the Adidas subsidiary “TaylorMade”, a producer of golf equipment, Kaymer signed a four-year sponsorship deal worth millions in 2009, which increases the fortune again. Kaymer also makes its good name available for the following brands: