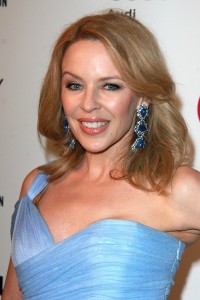 How much money does Kylie Minogue have?

Despite her height of just 1.52 meters, Kylie Minogue is a real power woman. The pretty, petite Australian was first seen on television and only then became known as a gifted singer with a very good sense of fashion. Whether as an entrepreneur, author, singer or actress, the all-rounder has now been able to open up a variety of sources of income and so at least Accumulate 80 million euros. Several million are added to their wealth every yearso that little Kylie doesn’t have to worry about her future. Kylie from Australia also has the money for the lawyer in her dispute with Kylie Jenner, who wants to patent the name “Kylie” in the USA.

Not only Kylie, but also her sister Danii Minogue could be seen on Australian television as children and therefore the tendency towards showbiz was almost inherited from the cradle. Kylie and Danii also have a brother who is currently still working as a cameraman on Australian television, while his sisters are successful as actresses and singers. During a shoot, Kylie also met her current fiancé, Joshua Sasse, an actor from England. The couple recently announced the engagement in February 2016. From 2002 to 2007, however, Kylie was in a relationship with Olivier Martinez, an actor from France. However, the two never made it to the altar.

By the way, Kylie Minogue herself celebrated her breakthrough as an actress when she appeared in Neighbors Down Under in 1986. From 1987 the soap was also broadcast in Great Britain, so that Kylie’s fan base grew there as well. Kylie received 6 Logie Awards, one of the most important television awards in Australia, for this role. In 1988, she was even voted the most popular person on all Australian television. While Minogue had already appeared as a singer in a football game in 1987, it was still a little while before she was allowed to experience the international breakthrough as a pop star.

With the cover on “Locomotion”, little Kylie landed in Australia straight away at number 1 in the charts. With that, Kylie had not only released the most successful song of the year, but of the entire decade. The international breakthrough followed between 1988 and 1989. Kylie’s music hit like a bomb in Japan, where she was able to celebrate some of her greatest successes in the 1980s.

Downhill and an incredible comeback

Throughout her career, however, Kylie has also experienced one or two downturns. Because the singer was not always as successful as when her song “Locomotive” was released. Her big comeback took place from 2000 to 2003, when the singer was in great demand around the world. Above all, the first single called “Spinning Around” had the potential to become a real catchy tune. In Australia and England it landed at number 1 in the charts and was thus able to set another record. Only Madonna, alongside Kylie Minogue, had made it to number 1 on the charts in the 1980s, 1990s and 2000s with at least one song each. In Sydney in 2000, Kylie could also be seen at the closing ceremony of the Summer Olympics, which further increased her international profile. So far there have been around 70 million records that Kylie has been able to sell internationally.

The beautiful Kylie has also won a Grammy, probably the most important music award in the world. In Great Britain, she even has 34 singles, all of which made it into the top 10. She wrote chart history right behind Madonna and can still rely on her loyal fans from her neighbors times in England. At least since Kylie the Green Fairy by Moulin Rouge! played in the movie, she is known internationally by almost everyone. From 2004 to 2006 it was rather quiet about the singer, as Kylie unfortunately fell ill with cancer. But the beautiful Australian does not give in and has since made another comeback. One can only hope that Kylie will continue to do so positively in the future.