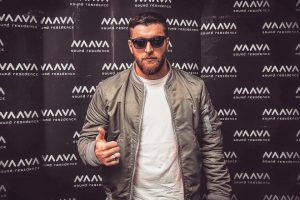 How much money does KC Rebell have?

For many, KC Rebell suddenly appeared on the scene with the song “Are you Real”. Far fewer people know that the German rapper was able to build up a solid fan base for years. In addition to music, KC Rebell also made a name for itself with its shisha bars. He has had his own factory for some time now, which produces the right tobacco. But how much fortune could the rapper amass with his numerous lines of business? A considerable one there are estimated at 1.5 million euros.

From Turkey to Germany

KC Rebel was called Hüseyin Kökseçen born in the Kurdish part of Turkey. He spent the first seven years of his life there before he came to Germany with his parents. He grew up in Magdeburg, in the east of Germany, where he was often attacked by the right because of his origins. After initial language difficulties, KC Rebell was a very good student. When KC Rebell was 13 years old, he and his family moved to Essen. In addition to school, he is particularly enthusiastic about football and one of his friends is Mesut Özil, who would later achieve great fame. In one game, Hüseyin attacks the referee who allegedly insulted him. A long suspension follows, which ends the promising career early.

In Essen, KC rebel met Parham Vakili, who is known as a rapper under the name PA Sports. KC’s first texts were written before that, when he wanted to make fun of his teachers and dissed them. During this time he was inspired by the album “The best day of my life” by Kool Savas. Together with PA Sports, KC Rebell drove from hip hop event to hip hop event and earned its first laurels.

The two teamed up and called each other together SAWwhich stands for “black on white”. They met Samy Deluxe through their mutual friend Manuellsen and were there as a support act on his tour. There were also offers from Eko Fresh or Sido, which KC Rebell and PA Sports turned down to do their own thing. They released two albums together before deciding to go solo. KC Rebell released two solo albums before it was revealed in 2013 that he had signed with Banger Musik, Farid Bang’s label.

Breakthrough as a rapper

The big breakthrough came with the signing by Banger Musik. The album “Banger Rebel”, which came on the market shortly after the signing, entered the German album charts at number 2. All subsequent albums even reached number 1. The album “Fata Morgana” has probably the biggest hit so far: “Are you Real”, which features the singer Moé. The accompanying video, which now has over 40 million views on YouTube, was uploaded to the YouTube channel Dagi Bee and is therefore often discussed in the hip hop scene. However, this did not detract from the success of the song. It was able to climb to number 15 in the single charts and stayed there for 9 weeks.

In 2016, the dispute escalated with rapper Xatar, who had repeatedly claimed in interviews that KC Rebell wanted to sign with his label. The beef took a tragic turn when the manager of KC Rebell’s shisha bar was brutally beaten. There were even shots allegedly related to the beef. Then KC Rebell released the disstrack “Dizz Da”, the one million clicks within a day could achieve. In 2017, the two settled the dispute and KC Rebell deleted the video from YouTube.

Of course, KC Rebell was able to amass part of his fortune through his music. In addition to income from CDs, there are also live concerts, club appearances and merchandise. However, KC Rebell is not limited to his work as a rapper. Besides this very successful career So far he has opened three shisha bars, shops for matching accessories and brought his own tobacco brand onto the market.

Since the beginning of his career, KC Rebell has released two collab albums and six solo albums. But it has only been really worthwhile for KC since signing with Banger Musik. Since the signing of the contract, it went to number 2 in the German album charts and three times to number 1. His singles have also made it into the charts again and again. The most successful is “Are you Real”, which reached number 15. The accompanying album “Fata Morgana” was also awarded a gold record for more than 100,000 units sold. Since KC Rebell does not bring his music onto the market itself, but is under contract with an independent label, he should be around Earn 2 euros per CD and have already made some money.

When KC Rebell releases an album, he always plays a big tour with it. Thousands of fans come to the concerts and thus wash a lot of money into the pockets of KC Rebell. In addition to the Income from ticket sales there is also the sale of merchandise items. In addition to its own tours, KC Rebell is a popular act for club shows. You can see him regularly in discos in Germany, Austria and Switzerland. He can of course pay for these club appearances well with fees in the five-digit range.

KC Rebel is that Owner of three shisha bars, the chain is called Rebell Lounge. The first shisha bar was opened in Stuttgart, since then two more have been opened, one in Hamburg and one in Cologne. The bars are well attended and have inspired numerous other rappers to open such shisha bars. In addition to the bars, the rapper also founded shops. In which you can buy various accessories and tobacco for shisha enjoyment.

5 Income from the barber shop

In March 2017, KC Rebell announced that it had opened its first barber shop. The hairdresser bears the name Get fresh and is located in Mannheim. More shops are likely to follow soon, as KC Rebell wrote that he would promote the barbershop similar to his Rebel lounges. This business area is likely to put even more money into his pockets in the future.