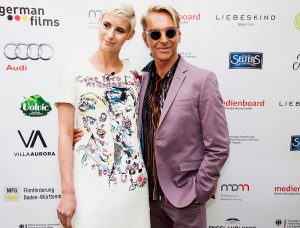 How rich is Wolfgang Joop?

The designer and artist Wolfgang Joop is – like many creative people – filled with a restless urge to create. The 71-year-old looks back on a busy life, but there is still no talk of retirement. With his company JOOP! Born in Potsdam, he earned millions in the 80s and 90s. The sale of his company shares made him a 150-time Deutsche Mark millionaire in 1998. Only a few years later he dared a fresh start with the fashion label “Wunderkind”. Its cherished Assets amount to 40 million euros.

Career and first successes as a designer

Wolfgang Joop was born in Potsdam on November 18, 1944. He spent the first years of his childhood on the grandparents’ estate Bornstedt not far from the Sanssouci Palace. In 1954 the family moved to Braunschweig, where Wolfgang Joop passed his Abitur in 1964. He did not finish two courses he had started – advertising psychology and art education; instead he worked temporarily as a restorer.

In 1970 he married the art student Karin Benatzky and together with her took part in a fashion competition organized by the magazine “Constanze”. The result: the first three prizes and a job as a fashion editor for the Hamburg women’s magazine “Neue Mode”. It joined several years as a freelance Fashion journalist and designer on. 1978 saw the international breakthrough as a fashion designer with the presentation of a fur collection. The New York Times then coined the title “Prussian Designer”.

The name becomes a brand

With the presentation of his first women’s collection in the spring of 1982, Wolfgang Joop paved the way for his own, successful trademark JOOP!. A men’s collection appeared in 1985, and a perfume collection in 1987. Within a very short time, JOOP! the coveted lifestyle brand for fashion and cosmetic products. The products were consciously placed in the middle price segment in order to appeal to the largest possible group of buyers. From the 1990s, the business focused entirely on the sale of licensed products.

Due to business differences, Wolfgang Joop sold 95 percent of his company shares to the Hamburger Wünsche Group in 1998. The year 2001 sealed his final exit from the company. However, this makes him one of the three most successful German fashion designers alongside Karl Lagerfeld and Jil Sander. Joop has also made a name for himself as a writer, illustrator and even an actor. His autobiography was published in 2013. His drawings can be found in the Hamburg Museum of Art and Industry. He has been working for “Galeria Kaufhof” since 2010 as a creative consultant.

In 2014 (season 9) and 2015 (season 10) he appeared on television as a Juror at “Germany’s Next Top Model” on. Precisely because “Wolle” and Heidi Klum kept teasing each other, Joop was no longer to be seen after the two GNTM seasons. There were always allusions that Heidi gets twice as much salary as he does and that is why he only does half the work on the show. One would think 5 million euro fee and increased media presence with regard to child prodigy should be enough, but Wolfgang probably disagreed.

A gigantic fortune from Wolfgang Joop

With the idea of ​​personal marketing, Wolfgang Joop laid the foundation for his successful existence as a designer and artist. His last name, soon on everyone’s lips in the fashion world, brought the label sales in the millions.

The licensed business with scented waters developed into a hit with JOOP! With total sales of 450 million DM in 1992, this branch alone accounted for 190 million DM. When Joop got his When he sold 95 percent of the company’s shares, he received around 150 million DM. The sale of the remaining 5 percent brought the designer another 10 million DM in 2001. His fee payments as a designer, which he had to obtain through a court decision after his departure, also amounted to millions.

In 2003, Wolfgang Joop called together with his Partner Edwin Lemberg a new fashion brand came into being: “Wunderkind”. The label received international attention, with ups and downs marking business life. In 2007 Joop sold half of his shares, and in 2010 he said goodbye as managing director. A year later he bought back his shares and became the sole managing director again.

The fate of the “child prodigy” was varied. “I no longer expect to get rich from this work, but it has made me emotionally rich,” Wolfgang Joop told Spiegel Online in March 2015. The designer partially finances this crisis-ridden and unprofitable label at your own expense. The repurchase of his shares in 2011 for 3 million euros shows how important “child prodigy” is to him. “Wunderkind” is based in the Villa Rumpf from the Wilhelminian era in Potsdam. Joop bought the building in 2000 for around DM 5 million. Meanwhile, the designer has refrained from the plans for a sale in the meantime – desired price: 12 million euros.

Wolfgang Joop is known as a collector of contemporary art and antiques. At what level his Collector’s passion moves, shows an episode around a painting by the 18th century animal painter Johann Friedrich Seupel. The picture, depicting an ocelot mauling a macaw, was valued at an auction in Monte Carlo for $ 30,000. In the end, Joop bought the work for $ 600,000. A sculpture by the artist Antony Gomley, which had previously been purchased for 180,000 British pounds, was auctioned by Joop at Christie’s for 3.5 million euros. The proceeds will once again benefit the “child prodigy”.

With his ex-wife Karin Joop-Metz was Wolfgang von 1970–1985 married and out of wedlock two daughters Jette Joop (fashion designer) and Florentine Joop (children’s book illustrator and artist) emerged. However, Mr. Joop has been in a relationship with his partner Edwin Lemberg since 1980. When asked if he was gay, he replied to the Bild Zeitung in 2014 that he was of course also into women. He loathes the breakdown into gay or straight and thinks that in modern times it doesn’t matter what the sexual orientation looks like.