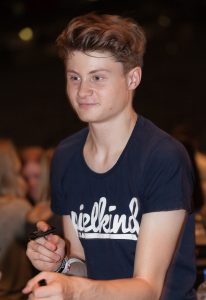 How much does Dner earn?

Dner, who in real life is called Felix von der Laden and comes from Reinbek in Northern Germany, is one of the real big earners. With his three YouTube channels, with Felix von der Laden being the main channel, Dner could already make a small fortune. The cherished Dner’s fortune is 1 million euros. His monthly income on YouTube can also be seen, he earns around 20,000 euros per month. In addition, there are appearances as advertising ambassadors, which are also well rewarded. YouTube made the young internet star rich. Dner only launched his channel in 2011 and has had a steep career since then. In any case, Dner is very familiar with social networks and reaches an audience of millions every day not only on YouTube, but also on Twitter, Facebook and Instagram.

Even TV greats like Jahn Böhmermann and Stefan Raab have already noticed the internet star. From Böhmermann there was heavy criticism in 2014, because Felix von der Laden is said to have expressed his inclination to the Afd in 2013. However, the YouTuber later expressly distanced himself from the controversial party. In the TV total Stock Car Crash Challenge Dner has already won against Raab. But what is the secret of its success? We reveal it below:

The fact that Dner has made it among the most successful YouTubers in this country simply cannot be denied. He has more than three million subscribers on his main channel Felix von der Laden. Ultimately, this means that it can be found in the top 12 of the most frequently subscribed YouTube channels in Germany. With his second channel Dner and the English-language third channel Felix Laden, he also attracts a few subscribers. Not only his Let’s Play videos, but also his vlogs from his travels around the world have contributed to his notoriety. Meanwhile, the young star already has more than 3,100 videos published. In the meantime, there is also a large network behind him, which is driving his success further. He signed a contract with Studio71, as many other YouTubers have already done.

Felix von der Laden didn’t even need a degree to be so sensationally successful. After all, he deliberately dropped out of his media studies studies in order to concentrate purely on his YouTube channel and help it achieve even greater success. In the meantime Dner even lived in the Cologne “YouTuber House”, which he has not lived in since mid-2015. The German YouTubers still have a great career ahead of them, the future forecasts suggest even higher earnings from YouTube in the future. Bibi’s Beauty Palace and Gronkh can also look forward to increasing subscribers, as their earnings also grow.

Much has happened in Dner’s career since then. In 2016 he was even allowed to participate in a ZDF documentary about the elections in the USA. Felix von der Laden had the chance to shed light on the opinions of young Americans about the election and to report on it on television. On election night itself, Dner was even seen as a guest on ZDF. Also in the future further TV appearances of the young YouTuber therefore not excluded. After all, Dner has the necessary charisma to be in front of the camera. In 2017 he was even nominated for the web video award in the following two categories and could crown his success with these awards. He already won the VideoDays PlayAward in 2015 in the “Gaming” category.