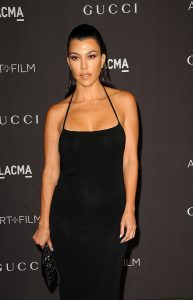 How much money do the Kardashians have?

The Kardashian-Jenner clan has now made a name for itself not only in the USA, but also worldwide. Everything the Kardashian ladies touch turns to gold. It doesn’t really matter whether it is hair extensions, make-up or children’s clothing. Anyone who can ask for $ 10,000 for a single tweet, like Kim Kardashian, who catapulted herself even further into the celebrity Olmyp through her marriage to star rapper Kanye West, has clearly taken care of it. But how rich are the Kardashians really and which sister is richer than the other? The ladies have all benefited from the surname Kardashian in recent years and they also enjoy working together on numerous projects. But is Kim really the richest Kardashian in the clan or has someone else secured pole position? Which sister is Kim Kardashian hot on his heels? We’ll reveal it!

That’s how rich the Kardashian-Jenner clan really is

at Keeping Up With the Kardashians the stepbrother of the Kardashian Ladies is rarely seen, but with a fortune of 1 million euros he is not a poor man either. By the way, Brandon founded the indie band “Brandon & Leah” with his wife Leah, but their brother-in-law Kayne West’s fame cannot hold a candle to them.

Brody was already known in the US when nobody knew who Kim K was. Because he played on the MTV reality hit show “The Hills” and has also been successful as a model in the past.

Scott Disick has made mostly negative headlines in the past few weeks and months. He never seems to have completely overcome the death of his parents. Scott has long suffered from depression, which has repeatedly driven him to alcohol and excessive parties. Nevertheless, the bon vivant, who also likes to call himself “Lord Disick”, is in good shape, at least financially. He can’t match the fortune of his children’s mother, Kourtney K, but with various appearances in clubs, his involvement in the Kardashian television series and his own company, which specializes in luxury cars, he was able to raise 15 million euros lay the high edge.

The male Kardashians cannot hold a candle to the women of the family, at least financially. Even though Rob has withdrawn from the TV show due to personal problems, he now makes good money with his sock label Arthur George.

Kourtney Kardashian makes a very good income on her last name. Her fortune is mainly based on the reality TV show, the income from various products that the Kardashians have jointly brought out under their name, and the sales of the DASH stores, which are now not only found on the US west coast. Because with their fashion boutique the ladies have meanwhile also expanded to New York City and Miami.

Kylie’s older sister Kendall Jenner is currently one of the stars among up-and-coming young models. It has been shown for almost all of the great designers around the world and was featured in Vogue and GQ magazine. In addition, Kendall earns her living with the PacSun fashion collection and other collaborations.

Khloé Kardashian has benefited financially from her sister Kim’s popularity. Because a large part of their fortune comes from the joint television income as well as fashion collections and other products that the Kardashian ladies have brought out together. Khloé now has her own show, which for once was not on the hit channel E! Entertainment, but can be seen at fyi. “Kocktails with Khloé” proves that this Kardashian lady has now also discovered her own star potential, which she has been able to expand, especially in recent years, while the other Kardashian ladies were busy with family planning.

4th place goes to Caitlyn Jenner, who is currently on everyone’s lips. Because although Bruce Jenner, as Caitlyn was called back then, when she still lived in a male body and was married to Kris Jenner, was able to amass a fortune as an Olympic gold medalist, Cait is currently in demand like never before. She got her own documentary series on E! and appears primarily as a speaker and motivational speaker at various events. Caitlyn has made her transsexuality public and uses the limelight to advocate for transgender people.

Kris Jenner is also known as momager because she manages all of her children and doesn’t make bad money from them. She is involved in the earnings of her offspring and is constantly expanding her own huge fortune. In addition, she even had her own talk show for a time and has also published an autobiography, which further increases her income. Of course, the fees from Keeping Up With the Kardashians make the tills sound neat.

The baby of the family, Kylie Jenner, is slowly but surely making its way to the top. After her “Lip Kit by Kylie” hit the US like a bomb, fans can expect many more projects from Kylie Jenner. Her clothing line at PacSun, which Kylie brought out with her sister Kendall, has also contributed to the young lady’s considerable fortune.

Kim Kardshian actually made it to number 1. This makes her the wealthiest member of the Kardashian-Jenner clan. Although it has to be said that her husband Kayne West’s fortune has not yet been included. Although Kim K has similar sources of income as her sisters, as they work together on many projects, Kim is booked much more often for photo shoots and lucrative advertising appearances. Her app also made her a rich woman. She brought them out as the first of the Kardashians and thanks to the app, fans can immerse themselves in their lives. In the meantime, the other ladies have followed her and have each brought their own app onto the market.