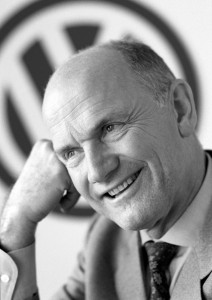 How rich was Ferdinand Piech?

Ferdinand Piech and his 12 children also belonged to the Porsche and Piech family clan. The family leads the ranking of the 100 richest Austrians. In the last year in particular, family ownership has grown significantly thanks to favorable economic developments. That clearly made Ferdinand Piech one of the richest family members. Even if Piech struggled with the VW scandal, this seems to be his Family assets of 37 billion euros not to have harmed. The former manager died suddenly on August 25, 2019 in a restaurant in Rosenheim at the age of 82.

Through Porsche, the family clan has a stake of over 50 percent in VW and thus has the say in the car manufacturer. In the past, Piech had even been active at VW himself. Because on January 1, 1993 he temporarily took over the role of CEO. As the grandson of Ferdinand Porsche the love for cars was laid in the cradle of today’s billionaire. So it was quite logical that the Austrian would also strive for a career in this industry.

The life of an auto billionaire

The mechanical engineering degree at ETH Zurich fits perfectly into the picture. Piech drew attention to himself in his early years with his diploma thesis, the subject of which was the development of a powerful Formula 1 engine. Following his extremely successful studies Piech joined Porsche. From 1965 he first headed the development department before he was appointed technical director in 1971. Ferdinand Piech has never rested on his family inheritance, but has repeatedly proven that he has a lot of know-how in this not exactly easy to understand industry. In 1972 a family resolution was passed that said that all family members had to retire from their management roles at Porsche.

But that couldn’t stop the young Ferdinand. Without further ado, he opened his own design office and served customers such as Daimler-Benz. For them he was able to develop the five-cylinder diesel unit, which was known as OM 617. The next step in his career was working at Audi before Piech slipped into his new role at VW in 1993. Piech had made lasting changes to VW throughout his entire tenure. Thanks to the Austrian’s help, the group was able to enter the high-priced range of automobiles for the first time. VW didn’t just bring out the Phaeton, but bought Rolls-Roye Motor Cars. So they secured the brands Lamborghini, Bently and Bugatti Automobiles and became an even bigger player in the automotive industry.

The product expansion to include the New Beetle also took place under Piech. This contributed to the takeover of the Ducati brand and thus also allowed the VW Group to enter the two-wheeler business. It was not until April 2015 that Piech left VW in almost all matters because the members of the supervisory board required this, as there was no longer a trusting basis for working with VW’s chairman, Martin Winterkorn.

Ferdinand Piech and the diesel exhaust scandal at VW

Piech was head of the supervisory board at VW until April 2015 and was considered the most powerful man at the car company. After an internal power struggle with the then CEO Martin Winterkorn, Piech resigned. The exhaust affair is also under the term Dieselgate known. The process was uncovered on September 18, 2015 and the topic has been in the media ever since. Volkswagen AG has used an illegal defeat device in the engine management of its diesel vehicles. This enabled them to bypass the American emission standards and achieve the desired emission values, even if they did not correspond to reality. The manipulation software was used in around eleven million VW vehicles. The increased pollutant emissions above the permitted norm caused a lot of harm. Damage to health and also deaths are said to have been caused by the emissions. This also resulted in a lot of costs, currently at $ 39 billion. It is estimated that it can grow to $ 100 billion.

The trigger for the crisis in the automotive industry has far-reaching consequences. It has now been proven that the manufacturers knew about the measures or ordered them. What role Ferdinand Piech played in the scandal has not yet been clarified. Piech testified to the public prosecutor’s office that he had pointed out problems in the US on the VW supervisory board before the scandal was uncovered. Ferdinand Piech owns 14.7 percent of the ordinary shares in Porsche SE, which has 52% of the voting rights in the VW concert. The shares that Piech held were worth EUR 1.1 billion.

Ferdinand Piech said of himself that he had 12 children from a total of four different relationships. With regard to their share in the Piech inheritance, the illegitimate children are worse off than Piech’s legitimate children. Numerous awards were also given to the experienced entrepreneur. In this way he was able to secure an honorary doctorate from the Vienna University of Technology in 1984. In 1999 he was also awarded an honorary doctorate from ETH Zurich, where the billionaire had once studied. Ferdinand Piech is now an honorary citizen of Zwickau, Braunschweig, Wolfsburg and Ingolstadt. In 2011 the automobile week drew him as “Car star of the decade” out.