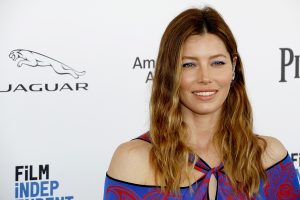 How much money does Jessica Biel have?

Justin Timberlake and Jessica Biel have been married since 2012. Especially in the past year, however, it has become rather quiet about the actress. There is also a good reason for that. Because in 2015 she brought the common son to the world. Even if the Timberlakes are mostly happy couples, Jessica still insisted on a prenuptial agreement that even included a loyalty clause. So if Justin should cheat on her, she will receive a good half a million US dollars for each and every one of his missteps, which is the equivalent of around 437,000 euros. Jessica would not need this financial compensation at all. Because the sexy actress herself was able to build up an estimated fortune of around 20 million euros. Incidentally, she continues to only work under the name Jessica Biel, even if she has long since adopted the surname of her husband Justin. Together, the Timberlakes have a fortune of over 220 million euros.

Jessica Biel became famous as Mary Camden in the US TV series “7th Heaven”. She starred in a total of 139 episodes for a full 10 years before Jessica left the show to devote herself to other projects. Later she finally made the leap to the big screen, but during the course of her career she was seen repeatedly in other television series. Even as a teenager, the beautiful Jessica was in the spotlight and shares this fate, which has led to a long career, with husband Justin Timberlake.

By the way, Jessica herself has German, French and British roots, but was born and raised in the USA. Soccer and gymnastics were among her passions from an early age, which certainly did not harm her fit model body. At the same time, Jessica enjoyed a musical education during her youth and was seen in various musicals at an early age. Her career as a model in Los Angeles, the city of stars and starlets, began in 1994, when Jessica was just 12 years old. At the same time, she was also cast in the role of Mary Camden.

Jessica had her own mind from an early age and at the age of only 17 posed relatively little dressed for a magazine. As a result, the more conservative producers of “A Heavenly Family,” a show about a pastor’s family, ensured that Jessica’s role was first written out of the popular TV series. For the ratings, however, this step was not at all good, so that a short time later there was a return of Mary Camden to “7th Heaven”, which should also not last too long.

At the age of just 21, Jessica created a new image for herself. Suddenly she became a real action hero in productions like “Texas Chainsaw Massacre”. She also played in “Blade: Trinity”. From then on, the world of men took notice of the beautiful Jessica more and more and in 2005 Esquire magazine even named her “Sexiest Woman Alive. “So there were probably many reasons why Justin Timberlake fell in love with the beautiful Jessica. The couple met in 2007, but waited until 2012 to get married. When their son was born, Jessica and Justin had been a couple for a good 8 years. For a Hollywood couple, it’s been almost an eternity! So it only remains for Jessica to wish that she does not have to refer to the loyalty clause in her marriage contract in the future either.

Jessica Biel has already appeared in these productions, among others