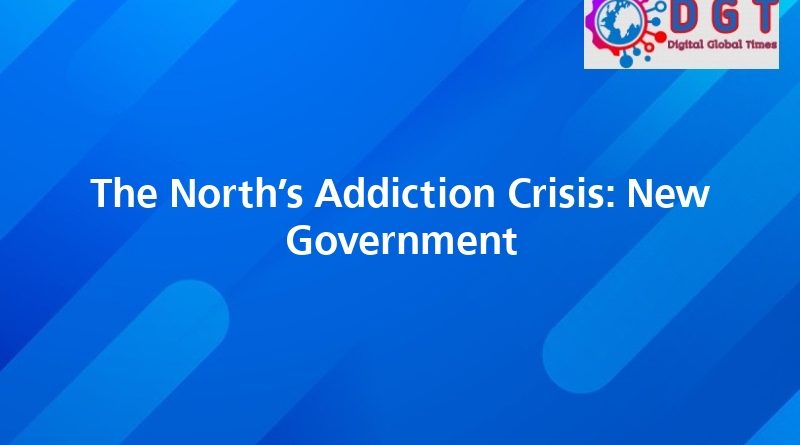 Substance use has plagued England for decades, causing significant harm to the affected individuals, families, and communities. Even more disturbing is that the ongoing crisis is considerably higher in the North, as reported by the latest Government survey, suggesting that national efforts to combat the growing cases of drug and alcohol addiction in this region are yet to yield the desired results.

This latest report brings to light Northern England’s worsening addiction crisis. There’s no doubt that as the epidemic continues to spiral out of control in the North, so will the health burden created by the crisis. ‘Awareness is important, but we also need to fight the stigma on addiction,’ confirm sources from addiction treatment providers Substance Rehabilitation UK.

The Deepening Addiction Crisis in the North of England

For years, the rampant use of drugs and alcohol in England has received a great deal of attention. While nearly all regions in the country have witnessed a surge in substance use amongst their populations, the North of England is the hardest hit.

According to current report findings, the north has the highest rates of addiction compared to other regions in England. There are statistics to back this up. For instance:

The report further shows the skyrocketing cases of deaths in England arising from drug poisoning are most pronounced in the northwest and northeast regions. The rates of substance misuse in the north don’t appear to be slowing down, particularly in the less populated areas like Blackpool, despite the state’s multiple interventions to respond to the addiction crisis in England.

There are possible explanations for this. Communities in the less-populous areas in the north have close social ties built to increase substance misuse. People in these areas have connected social networks, giving them opportunities to know where to find drugs.

The easy access to substances in these sparsely populated towns puts more people at risk of initiating substance use or adopting risky drug use patterns, hence the exploding cases of addiction in the North of England.

state’s multiple interventions also carries a lot of weight in the less populated towns in the north, where tight-knit communities thrive. As a result, many end up underutilising the available treatment services or discontinuing treatment out of fear of not being able to maintain their anonymity throughout their treatment and recovery journey. The deeply-rooted stigma hinders the uptake of substance abuse treatment services, making it more difficult for the government to achieve greater addiction recovery outcomes in the north.

Over and above, the biggest obstacle contributing to the surge in addiction rates in Northern England is the limited number of treatment facilities within this region. There are fewer treatment opportunities to meet the rising substance abuse treatment needs.

Most of the addiction-stricken areas in the north are sparsely populated. Since a majority of rehab providers are keen on addressing the addiction treatment needs of a wider population, establishing themselves in the less populous areas would mean limiting their ability to respond to the treatment and recovery needs of a larger population.

With the shrinking treatment opportunities, access to private rehab treatment is often out of the question for many, and relying on NHS treatment services has become the prime option for most people dealing with substance abuse problems in the north.

Given the long waiting list associated with NHS rehab services, many in the north are unable to enter treatment when they desperately want to, drawing them back to the trap of continued substance misuse and increasing their likelihood of overdoses. This may explain the high rates of drug-poisoning mortalities in the North of England.

Accessing drug treatment services in less populated areas can be an uphill battle due to the low number of treatment facilities. Fortunately, there are residential rehab opportunities available in other locations besides your home area.

If you’re struggling with drugs or alcohol dependence and want to begin your sobriety journey, seeking rehabilitation away from home is a great alternative for different reasons. One, because of the timely access to addiction treatment.

There’s a high substance abuse treatment demand in sparsely populated areas. Those in need of help are most likely depending on the available treatment centres — which may already be stretched to capacity. For this reason, finding a residential rehab in another location will allow you to access quality addiction treatment much faster.

Rehabilitation away from home also gives you an opportunity to distance yourself from the triggers within your normal environment as you work on your recovery.  It’s also a favourable alternative for those in less populated areas who wish to keep their anonymity and privacy throughout their treatment journey.

Not to mention, choosing a residential rehab outside your home area helps you embrace the mindset of starting anew in an unfamiliar location. This mindset will, to a great extent, strengthen your commitment to your sobriety journey.

Intensifying the Fight Against Addiction In the North

While the government has remained focused on addressing the scourge of addiction in England, major progress in the north of England is yet to be seen, which proves more has to be done. There is a critical need for more interventions to increase treatment services and address addiction-related stigma in the north. When this happens, more people in this region will seek professional treatment for their substance abuse and mental problems.