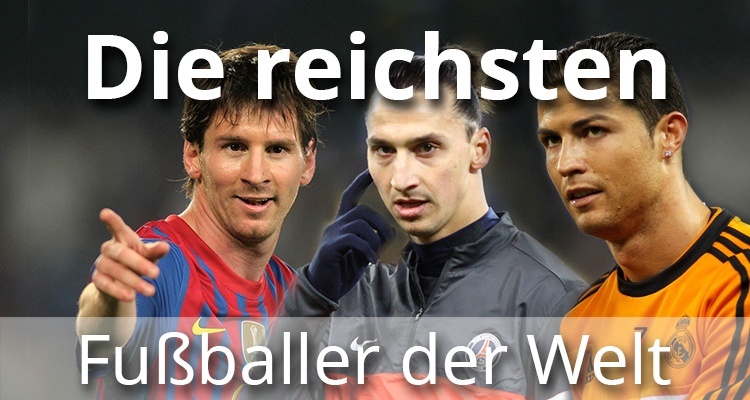 Football players earn their money playing football? At least partially. The stars of the scene have long been commuting between multi-million dollar football clubs and lucrative advertising contracts. Not to mention entrepreneurial ambitions. No wonder that some players now enjoy celebrity status, similar to being caught in the light of a flash like musicians or movie stars. And sometimes looking at your assets is more exciting than your game.

Between passion and club colors

It is no secret that professional football is a profitable business. From the fans’ point of view, football clubs are creeds. Passion, blood, sweat and tears play a bigger role in this perception than money. This is especially true on match days. If the sale or purchase of new players is pending, however, the straightforward reality reveals itself. These so-called transfer movements show what the big football clubs really are: companies that sometimes fierce fierce battles for the top players. Clubs like Real Madrid or Manchester United Sales of over 500 million euros per year Of course, they also have the best prerequisites for this.

The players themselves are – to put it bluntly – fully committed to the motto: “I eat the bread, I sing the song.” The reward: record fees and, at best, a place in the Olympics of football. However, from the mid-30s onwards, the sporting career is rapidly coming to an end. If you are clever, you build one or more pillars in good time. This is also reflected in the List of the 15 richest footballers in the world 2015 contrary. The catchphrase of mixed costing is a pretty good match.

Regardless of whether it is AS Roma player Francesco Totti (60 million euros), Munich kicker Franck Ribéry (61 million euros) or world footballer 2005 Ronaldinho (83 million euros), they earn a considerable part of their fortune Players through promotional deals or their own companies. They are sought-after brand ambassadors for companies like Puma, Nissan and Nike. Signing a contract worth around 15 million euros, as happened between “talent of the century” Mario Götze and Nike in September 2011, should therefore be satisfactory for both sides.