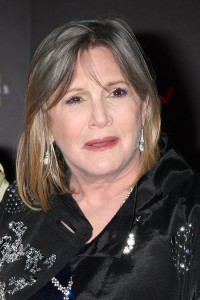 “The Force Awakens” – there is no other movie that is currently being covered as much as Star Wars. After all, the last Star Wars movie was a while ago and the new blockbuster hit the whole world like a bomb. So the box office sounds decent. But what do the actors who took part in the cult film actually get out of it? How much exactly did you earn? Now the secret has finally been revealed and numbers to the Salaries of the various actors published that made “The Force Awakens” such an amazing success. Exact numbers are of course not known, but the approximate values ​​are open to speculation. Harrison Ford is said to have earned a golden nose, especially for his return as Han Solo. We are talking about earnings between 10 and 20 million US dollars. Even if the Daily Mail in England had reported that the actor is said to have collected 25 million US dollars, this figure seems a bit excessive. It is clear, however, that Harrison Ford was paid the best of all current Star Wars actors and received a share on top of that.

However, it must be said at the same time that some actors were only seen for a few minutes in the latest Star Wars flick and were still royally rewarded. This is how it went, for example Mark Hamill as Luke Skywalker and Carrie Fisher as Leia Organa Solo, who are said to have made millions of dollars. In the films that are still to come, their pay will even increase. Because Disney has planned that the original Star Wars actors are better off compared to the actors who are new to the scene.

Adam Driver as villain Kylo Ren and Oscar Isaac as Poe DameroIn contrast, n received well under a million US dollars, but probably more than 500,000 for their efforts. This makes them one of the higher earners among the actors who have only recently been allowed to take part in Star Wars. Due to their previous acting arrangements, the two earned more than the two rookies:

at John Boyega as Finn and Daisy Ridley as Rey however, the film experts assume that both between $ 100,000 and $ 300,000 should have taken home. Although they landed leading roles in The Force Awakens, they only received a comparatively small salary. However, this is so common among newcomers in the industry, as insiders report. Hollywood is a tough place for young actors. Because although the two are among the actors who were most often seen in the new Star Wars flick, they earned very little in comparison. Nevertheless, the level of awareness that the two of them were able to achieve in one fell swoop cannot be outweighed by gold. Because for them many more high-profile roles in Hollywood are likely to follow and also more lucrative Star Wars appearances in the upcoming parts.

Compared to John Boyega and Daisy Ridley, Harrison Ford has not only earned a good 75 times as much, but his box office will keep ringing with every moviegoer. After all, the well-known actor will be with 0.5 percent stake in the film’s net profit. Half a percent may not sound like a lot, but when you consider how much Star Wars “The Force Awakens” has already recorded, the actor can look forward to a decent bonus in his account. So overall, Harrison Ford could play a role for this one collect up to 50 million US dollars, although he will continue to be involved in DVD sales in the future. Incidentally, Disney is certain that Harrison Ford was worth every penny and that the film would not do without him. Because in the eyes of the filmmakers he represents the critical link between the old and new generation of the Star Wars saga and fans. If you consider that Harrison Ford only received a mere 10,000 US dollars for his role in the first Star Wars film, then so he has come really far.