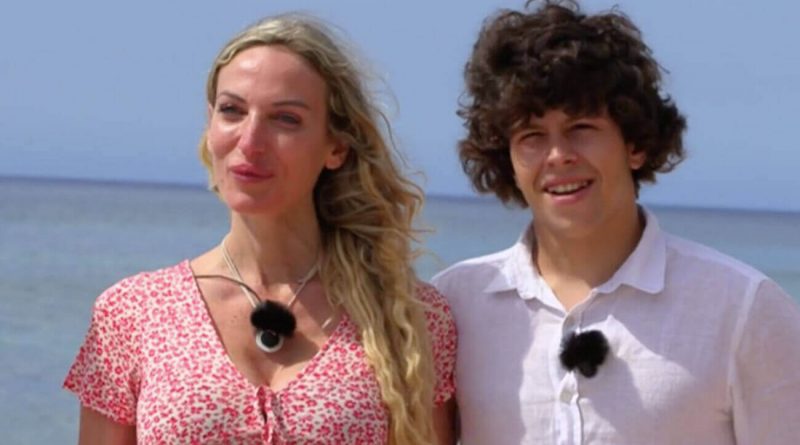 Valentina and Tommaso are a couple from Temptation Island 2021, the surname of Valentina is Nulli Augusti was born in 1981 and is a surveyor, while Tommaso’s surname is Eletti, was born in 2000 and is looking for a job. Valentina and Tommaso were engaged by one year and 7 months it’s a 19-year age difference: they leave the program separated after Tommaso’s betrayal but today they could be back together.

Who are Valentina and Tommaso?

Valentina and Tommaso from Temptation Island 2021 I am a couple who have been engaged for less than two years, with an age difference of 19 years. They live in Tommaso’s house where the boy’s mother also lives.

Valentina Nulli Augusti it’s a 39-year-old hostes who turns 40 in a few days, is originally from Rome and had one marriage lasted two years from 2014 to 2016, the date on which she separated. She has many friends to whom she is very attached, loves being outdoors and attending social environments.

Tommaso Eletti is a 21-year-old sportsman (wakeboard practice) and works as a cameraman for a youtube channel. He failed high school so he lost a year, he is a jealous person and says he found everything he could want in Valentina.

Valentina was married from 2014 to 2016, the husband’s name is Stefano Pagani. The two shared some activities of which it is possible to find traces on the Internet: you can find them in the biography dedicated to Valentina Nulli Augusti. After the separation, Valentina decided a year and seven months ago to put her feelings with the young Tommaso on the line.

Valentina after a few days decides to talk to Tommaso. They meet and it was exactly the day he went to see Giulia. When Tommaso realizes how badly Valentina was collapses and cries regretting how he behaved. Send a message to Giulia, and tells her that his love always belongs to Valentina.

However this is not enough for Valentina who, despite understanding what happened to Tommaso she doesn’t want to go back with him because the pact of trust has now been broken.

Tommaso arrives and tells his version of the story that coincides with that of Valentina, adding that when they met again they made love, and says that with the single Giulia there was nothing serious.

However, the single Giulia arrives and tells a different story: once they get out of the message she says that Tommaso sought her out saying he wanted to be with her. After coming to his house, Giulia confesses that she blocked her attempts at intimacy and not him because she did not trust Tommaso. Valentina confirms that she wants to be alone while Tommaso promises that he will be able to come back with her.

Are They Still Together?

Valentina and Tommaso are they together today? Valentina and tommaso did not get back together but they met again after the program. In fact, Valentina no longer trusts Tommaso as she did before, who betrayed the pact of trust. Over the weeks they break up permanently.

Valentina and Tommaso from Temptation Island they have been together for a year and 7 months. She is almost 40 years old and Tommaso is 21, between the two there is an age difference of 19 years. Tommaso has finished high school for a year, due to a failure during his schooling. The two declare that they are very much in love and very close to each other, from both an emotional and a passionate point of view.

Thomas stated that the first night they went out there was an astral conjunction and the two promised each other love. They are not married but, as Thomas says, it is as if they were.

Why are they attending Temptation Island 2021?

Valentina and Tommaso participate in Temptation Island 2021 conducted by Filippo Bisciglia at the behest of Valentina, who calls the editorial staff of Temptation Island due to Tommaso’s strong jealousy. The boy, in fact, despite his young age, says he has found the perfect woman for him in Valentina

I got the doll just the way I wanted it… everything perfect!

Vaentina, however, feels suffocated by Tommaso’s heavy jealousy, calling it “pathological jealousy”. For his part, Thomas justifies himself by saying that

I chose a wife not a “kid”, be a wife … even if I am twenty it does not mean that you can have fun.

Valentina for his part he declared of wanting to show Tommaso that he can trust her, while acknowledging that her boyfriend has a jealousy problem she would like him to be able to control her and realize that she has nothing to worry about. Tommaso has promised Valentina that he will try to control himself however, he said, the mere thought of someone approaching his fiancée makes him literally sick.

Who knows how the Valentina Tommaso couple of Temptation Island will face off against the tempters and temptresses. Surely their jealousy is the problem that this type of program triggers the most, and Filippo Bisciglia in one of his previews stated that the couple Tommaso and Valentina will give us various satisfactions!

Here is the video presentation of the couple formed by Valentina and Tommaso for Temptation Island 2021.