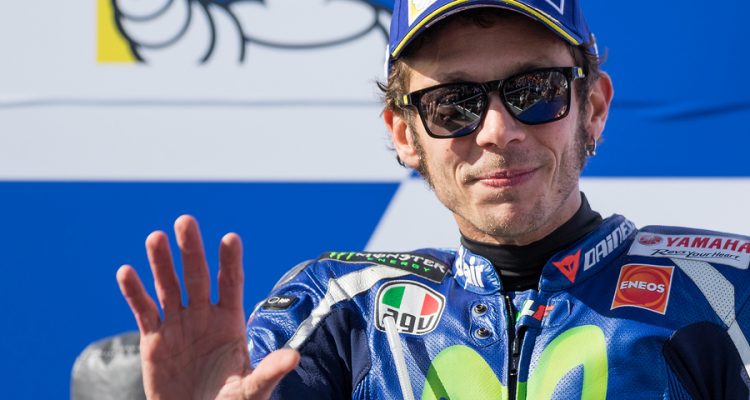 How rich is Valentino Rossi?

There is hardly a motorcycle racer in the whole world who can hold a candle to Valentino Rossi. After all, the Italian, born in 1979, has so far been able to look forward to 9 world championship titles. His starting number, number 46, may have brought him luck. After all, this was already his father Graziano’s number. With his successes, Rossi has earned more and more naughty nicknames over the years. One of the funniest is probably “The GOAT,” which translated from English means “the goat”. “GOAT” should actually be an abbreviation for “Greatest of all times”. That in turn means the greatest of all time. Valentino Rossi also has one great fortune, estimated at 170 million euros. The 2021 season will be his last, however, as Rossi will end his career after this season.

In racing circles, Valentino Rossi was not only noticed because of his really excellent world-class performance. Rather, he always likes to entertain the audience with acting performances on the racetracks of the world. In addition to his motorcycle tricks, the racing driver is above all for his shrill helmets, fairings and eye-catching motorcycle designs known all over the world. Therefore Rossi is not only one of the most popular athletes in his home country Italy, but has also made a name for himself on the international stage as a much hyped media star. If anyone knows what it is like to be a celebrity, it is this man!

Valentino Rossi: With MotoGP to fortune

Not only his ability on the racetrack, but also his personality have therefore contributed to the madness of the Italian. Finally, among the MotoGP riders, Valentino Rossi tops the list of the highest paid racers. His Annual salary of $ 10 million is quite remarkable.

You should also keep in mind that the racing drivers are also financially rewarded for their race winnings will. Thus the Italian motorcycle legend Rossi should have earned a lot more in the current year. By the way, there is now someone who can call himself serious competition for Valentio Rossi. We’re talking about Marc Marquez, who is on an equal footing in the salary ranking. If you want to know exactly, you can take a look at the salaries of MotoGP racers below.

Harassment of MotoGP riders in 2021

In addition to the basic salaries, there are of course bonus points and sponsorship money.

What is particularly noteworthy is the fact that Valentino Rossi could have been much richer. Because already in 2007 he earned 32.7 million euros. In 2008 it was another 34.55 million euros in annual earnings. But where has all the racing driver’s fortune gone? The answer is pretty simple. The Italian tax authorities still had a thing to do with the world-famous racing driver. He is said to be between 2000 and 2004 Income of 153.53 million euros obscured to have. Valentino Rossi could even have gone to prison for this offense. However, this did not happen. The world champion was able to save himself from prison by paying 57.57 million euros to the Italian tax authorities. Who else would stir up the world of motorsport? However, the racing driver has not been a blank slate since then.