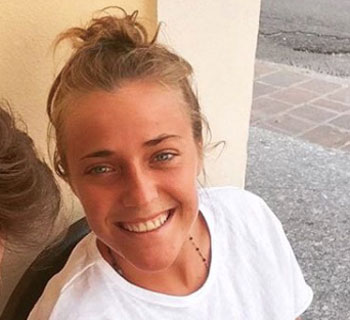 Who is Aurora Galli?

Aurora “Yaya” Galli was born on 13 December 1996 in Milan, but grows with his family in Tromello (Pavia). At the age of four he started playing football thanks to brother’s support that accompanies her to workouts. Her family has always supported and encouraged Aurora who began to specialize in her role and to grow technically. Parents enroll her in the Pro Vigevano where he seriously starts his football lessons. In addition, Aurora Galli has a sister to whom she is very attached and together with her mother they appear in numerous shots on Instagram.

Aurora Galli is very popular on social media and her Instagram profile counts more than 93 thousand followers. There are many photos that portray her with the black and white shirt but there is no lack of shots with family and friends. 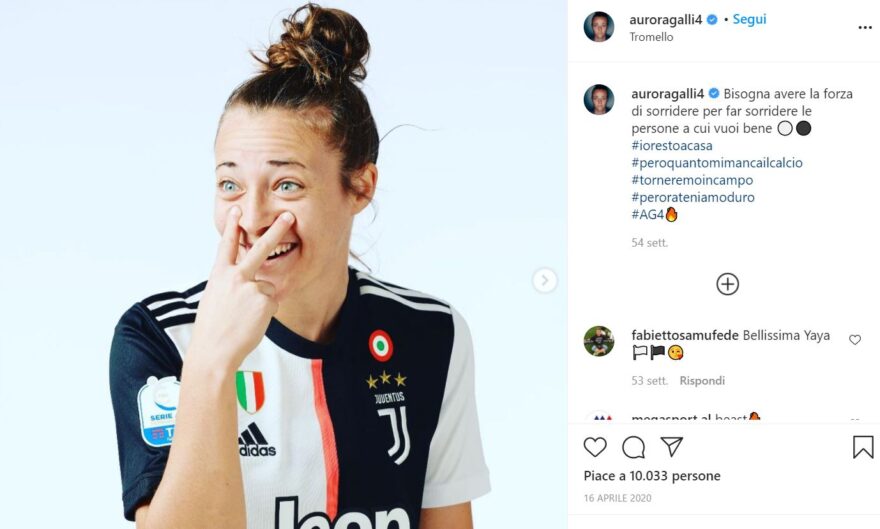 Aurora Galli in 2007 joins the Garlasco and starts playing in the Beginners, winning the title of Youth Championship. Some Inter Milan observers propose to train in a formation completely feminine in the category championships. Inter Milan in 2011 included her in the first team, but in 2013 she went on loan to Torres. Here he has the opportunity to improve his technical skills by expressing himself in the team that holds the Italian title. Also in 2011 he made his debut inUEFA Women’s Champions League, played in Krasnoarmejsk on November 9 with Rossijanka, valid for the first leg of the round of 16.

Aurora reaches the semi-final of the Italian Cup in 2015-2016 with Mozzanica, closing the championship with AGSM Verona. In 2017 his card passes to Juventus, where he still is today. Thanks to the success with the bianconere, she was called up in the Under 17 national team, debuting on 20 October 2011, in the first qualifying round, Group 2, at the European Championships. She is summoned by Antonio Cabrini, head of the national team, to play a double friendly match with the senior national team and in 2016 participates in the “International Tournament Manaus 2016“. Aurora has already won two Italian Championships with Juventus, an Italian Cup and an Italian Super Cup.

In the Season 2020 – 2021 Aurora Galli continues to play with Juventus Woman. On 9 May 2021 Juventus Woman won the 7th Scudetto with three days in advance, this is the 4th consecutive title.

In Italy there is a big difference between the salaries of Italian footballers compared to those of male colleagues. According to the FIGC regulation, players can receive a maximum of € 30,658 gross and a maximum reimbursement of expenses of € 61 per day for five days a week. The reimbursement is 45 euros for the days of athletic training and if the contract is not renewed every 12 months, no contribution is paid.

Aurora Galli is very reserved about her private life. As with many of her colleagues, virtually nothing is known about her love life. However, she defines herself as a simple girl, who manages to laugh and smile with little, a characteristic that comes out of the numerous shots and beautiful images published on her Instagram profile.

Aurora played as a midfielder with the number 4 shirt in the Juventus Women since 2017, counting 52 appearances and 10 goals. On the other hand, in the Italian national team Aurora wears the 19 mallet and is one of the 6 Juventus players to play for the national team. He currently plays in the English league forEverton wearing the number 22 shirt.

In the video that follows Aurora talks about the female Europeans

The National Women’s football team has been very successful with participation in the World Cup of France 2019 passing the group stage. The next international engagement is the 2021 European Championships in England while from September 2021 it has been involved in qualifying for the 2023 World Cup in Group G where they meet against Moldova and the Croatia, respectively on Friday 17 September at the ‘Nereo Rocco’ stadium in Trieste and Tuesday 21 September in Karlovac (5.30 pm). Besides Aurora Galli the other holders in the blue jersey are: