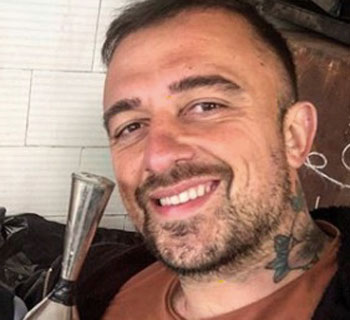 Chef Rubio is a cook and TV personality and his real name is Gabriele Rubini. In the past he was Chef Rubio a well-known rugby player with 12 appearances in Serie A and an experience also in New Zeland, had to abandon his sporting career due to a cruciate ligament injury.

Who is Chef Rubio?

Chef Rubio, whose real name is Gabriele Rubini, was born in Frascati (Rome) on June 29, 1982. Like his brother Giulio, he too was a well-known rugby player, having played super 10, Celtic League and Internazionale in Italy. Rubio is known for his extreme truthfulness and often for his sincere and frank character that come out especially in discussions on Twitter with Selvaggia Lucarelli, or with the Minister of the Interior Matteo Salvini (similar to those of rapper Salmo).

Gabriele Rubini is also engaged on the humanitarian front through important causes. Since 2014 he has collaborated with a non-profit association that treats disorders related to eating behavior, “Never give up“. He collaborates with the sous chef Deborah Donadio and the State Institute for the deaf in Rome for an educational program called “Segni di gusto”. In 2018 he supported Amnesty International against discrimination, which however was suspended due to statements defined as misogynistic and offensive against Selvaggia Lucarelli.

Chef Rubio, Gabriele Rubini, is very popular on social media, in particular Twitter, a tool he also uses for utterances against political facts and news, such as the controversy with Vittorio Brumotti or Totti on his participation in Tel Aviv in the Champions League final for a sponsor of the event. However does not have an official Instagram page, but there are some pages of fans. 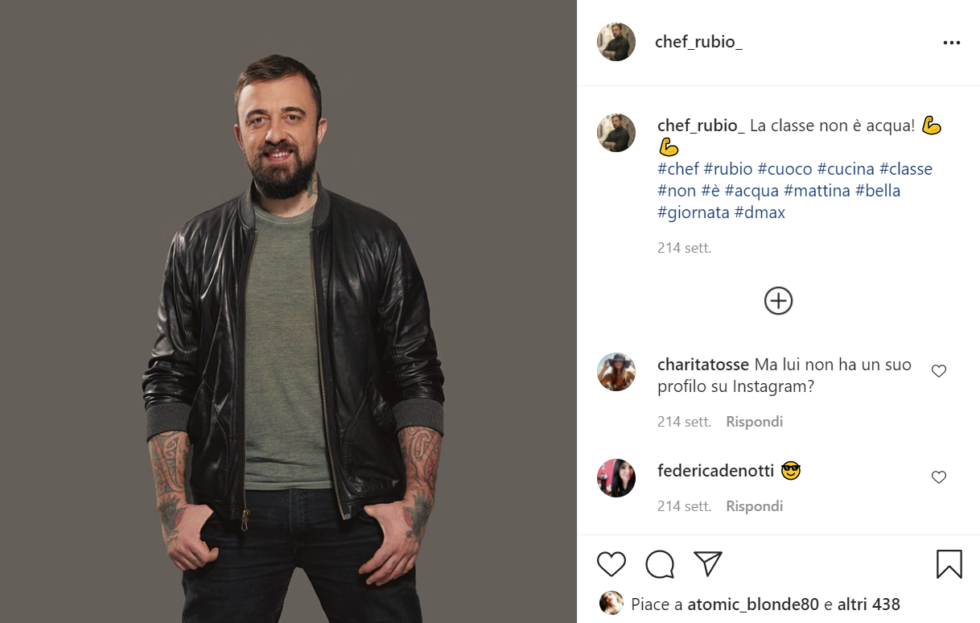 Gabriele Rubini currently he is a cook and television personality, but his career starts very differently. In fact, in the past he was an Italian rugby player, militant in various clubs such as Parma and Rugby Roma (career similar to the former protagonist of Temptation Island, Francesco Chiofalo). In 2002 Gabriele made his debut in Super 10, then moved to Rome and until 2005 he will get 12 appearances in Serie A. He is then transferred to the Poneke RFC, in the county of Wellington, New Zealand, considered the true home of Rugby. Here, however, not receiving a fixed salary, he decides to work in a restaurant and this is where Chef Rubio’s passion for cooking was born, continuing this activity in parallel with rugby. In 2007 he returned to Italy, playing for Rovigo and then in excellence, with Lazio. In 2011 it arrives the official withdrawal due to a cruciate ligament injury.

Career as a cook

Chef Rubio embarks on a career as a cook when he is in New Zealand. He also follows an international Italian cooking course atALMA, where he graduated and after retiring from rugby decides to move for a period in Canada to broaden the horizons of the gastronomic sector. On his return he chooses Rome as his home. He collaborates with DMAX, with whom he conducts the program Oily and greasy which will be produced for three editions that see Rubio compete on local street foods with who is believed to be the best in town. Rubio begins to conduct many programs, including “The kings of the grid”, “The rich and the poor” and “Truck drivers in a restaurant “, a format very similar to “4 restaurants” led byAlessandro Borghese. Among the other chef colleagues who have become real TV stars, Chef Rubio is one of the most “desired” becoming almost a sex symbol: according to a survey, however, at the top of the ranking there would be Damiano Carrara, Massimo Bottura and Roberto Valbuzzi.

Chef Rubio has sparked a controversy with the biker and correspondent of Striscia la Notizia Vittorio Brumotti after he suffered yet another assault for having denounced the degradation and drug dealing in the Roman district of Quarticciolo. Brumotti had declared: “They kicked me in the back and kidneys, banged my face against the crew van, which was destroyed, split the bike and all seasoned with the usual death threats and despite the presence of the police, who did the best to protect me. It was the most ferocious attack I have ever suffered ”. In response, Chef Rubio intervened on Twitter saying:

“You know nothing of the immense core of the Quarticciolo, you reporters should be ashamed of the infamous propaganda that you reserve for those who are abandoned by the state, and resist in spite of everything with dignity and humanity. Brumotti you are an infamous, too few have given you any “. 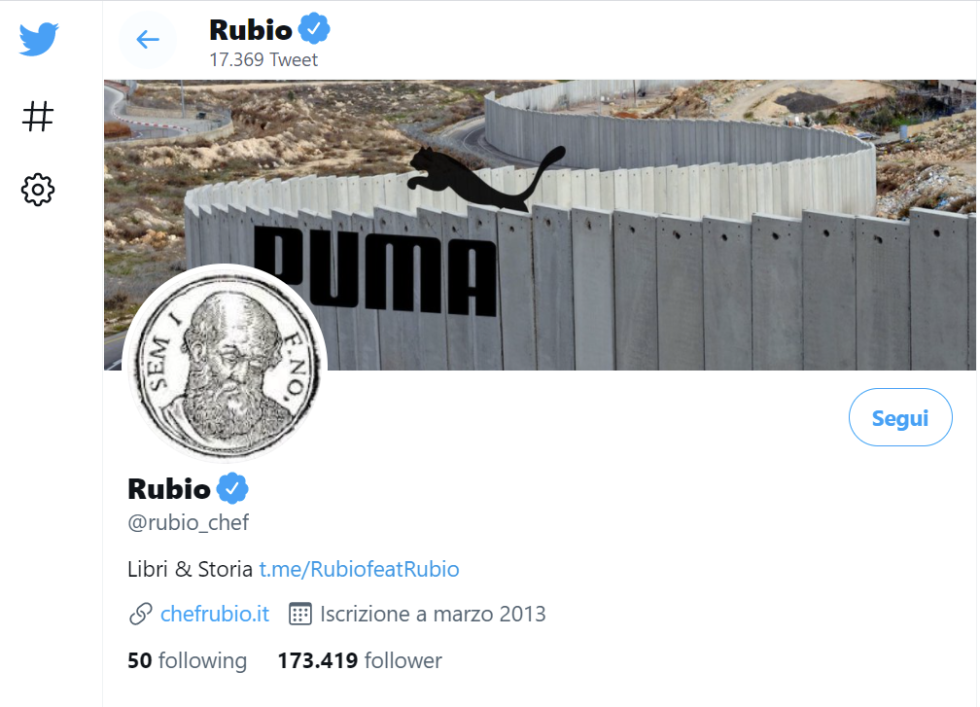 Truck drivers in the Trattoria

Chef Rubio is conductor of the “Unti e Bisunti” and “Truck drivers in the Trattoria“, Two formats in which the chef shows off his somewhat rude and genuine side. With “Camionisti in Trattoria” he travels around Italy aboard trucks and accompanied by three truckers who will act as Ciceroni in driving Rubio in the best taverns for truckers of Italy. In the episode dedicated to Rome Rubio was welcomed by Trattoria Brizi on the Aurelia state road, at the “Le Rose” restaurant on the Tiburtina near Tivoli and at the Tuca Tuca restaurant on via Pontina near Aprilia (winner of the episode).

Gabriele Rubini is single, but he would like children and the chef also told Vanity Fair that he does not believe in marriage and lasting relationships. In another interview instead: “I don’t have a propensity to see my sentimental side necessarily associated with a physical relationship. As a kid, also because we didn’t have women, I was very platonic. Let’s say that I am a world expert on platonic love, then going on I realized that I want to be understood and this is not easy. At the moment, however, I am enough on my own, I emotionally nourish myself with the passion for cooking and I am okay. Then if there is someone who manages to kidnap me along the way, I’m happy. “

Tag #truckers in a restaurant #oily and greasy