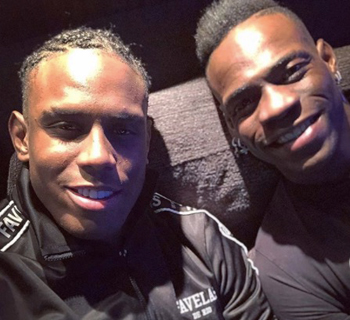 Enock Barwuah is a professional footballer younger brother of the better known Mario Balotelli. In addition to his footballing talent, Enock also has in common with his older brother the strong character that made him the protagonist of some stunt. Enock was one of the protagonists of the reality show Big Brother Vip, until the elimination in the episode of November 30th.

Enock Barwuah was born in Palermo on February 20, 1993 under the zodiac sign of Pisces, the parents are both from Ghana: the father, Thomas he is a construction worker, but his mother is called Rose. Enock is not an only child, the footballer in fact he is the younger brother of the champion Mario Balotelli, who was called Mario Barwuah before the assignment. Enock’s family did not have an easy financial situation and had to painfully put Mario in foster care to allow him the care he needed.

In addition to Mario, Enock also has two other brothers, namely Abigail and Angel Barwuah. Just like his brother “super Mario” Enock became passionate about football as a child and he immediately understands that this is his way and, just like his brother, he dreams of becoming a champion. From an early age Enock plays football with his brothers imitating their idols, when Mario is entrusted to another family – due to his health problems and the economic problems of the Barwuah family – Enock suffers greatly from his absence. Enock looks a lot like Mario, not only physically but also and above all for the impulsive character.

In 2012, in fact, the younger brother of the Italian champion was arrested for an attack on two carabinieri. These, due to Enock’s anything but calm attitude, report some wounds judged by doctors as healed with at least two weeks of rest. Things ended after he spent a short time under house arrest. 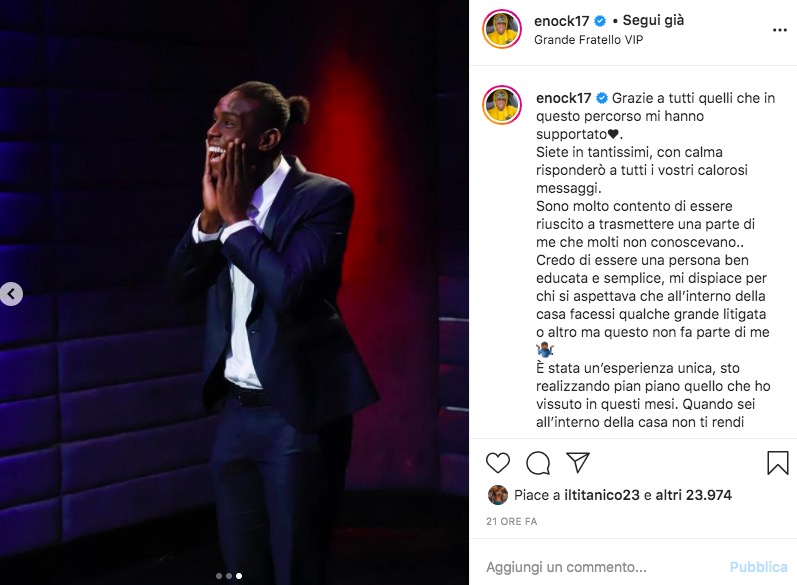 Enock Barwuah, just like his older brother Mario Balotelli, he is a very talented footballer. After having played in some football schools where he demonstrates his football skills to everyone arrives in the 2011/2012 season at Rapallobogliasco where his professional career officially begins. After this experience Enock plays in several teams in the minor categories, unfortunately he has never managed to reach Seria A like his brother. He currently plays as a forward, more precisely as a first striker, in the US Caravaggio (in series D) where he created an excellent feeling both with the coach and with his teammates. Even in the playing field Enock Barwuah proves to have a rather impulsive character: last year, in fact, during his stay at the Pavia, the attacker is suspended for seven days due to a violent push against the referee and a slap to an opponent. The exemplary sanction suffered by Enock Barwuah was imposed during the challenge of championship of the minor category (Serie D) against Fanfulla after just seven minutes from his entry into the playing field. The two violent gestures cost him a full seven rounds of disqualification, and it is a punishment that may have affected his career as well as it has portrayed him as a difficult athlete to manage.

Enock Barwuah is engaged to Giorgia Migliorati Novello, even though he lives in Brescia with his best friend. Enock and Giorgia got engaged relatively recently but have known each other for 10 years. However, before they were engaged to other people and therefore their relationship was born only later. Giorgia comes from a family that “Who” defines “alive”: she has a cosmetics company called Giè Pure Cosmetic and other businesses. He advocated Enock’s participation in the GF in order to make himself known for what he is.

Enock is a competitor of the Big Brother VIP. He declared that he wanted to participate in order to no longer be alone and only the brother of Mario Balottelli. Furthermore, his desire is to be a voice in everyone’s home Afro-Italian boys with racism.

Just entered the house Enock immediately showed a smile, available and at ease. The boy received several compliments for his powerful physique and some jokes from the conductor Alfonso Signorini, and was also nicely approached by the girls of the house. Enock over the days has been involved in an episode of racism with Fausto Leali, the singer has in fact used the word negro (not considering it derogatory) ed Enock very calmly but firmly explained to him that the word should not be used because it passes a wrong message outside the Big Brother house.

Enock was the protagonist of the episode of October 26th: the brother Mario he visited him in the house and in addition to the evident joy of the meeting, Mario became the protagonist of one unhappy exit to Dayane. Enock did not comment, and after Mario’s apologies, he did not dissociate himself publicly. For this reason he had to say with Guenda Goria who instead would have liked another behavior.

The entrance of Selvaggia Roma in the house of the GF VIP causes some headaches to Enock: In fact, Selvaggia claims to have kissed Enock in the disco and afterwards he would also have asked him via text message to join him at the hotel. Enock strongly denies both, saying that the text messages were written by a friend of his and that he is faithful and in love with Giorgia who defends him via Instagram by quoting a phrase by Giulia De Lellis. Enock is eliminated by televoting in the episode of November 30th.