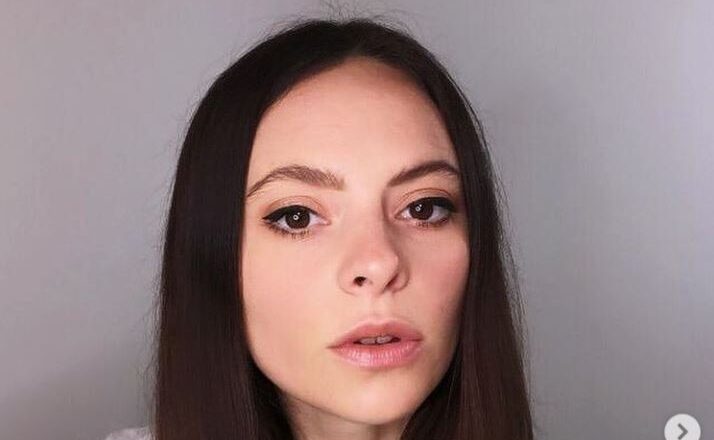 Francesca Michielin it’s a songwriter And multi-instrumentalist Italian winner of the popular TV show X Factor. Known his collaborations with leading musicians of the Italian scene such as Fabri Fibra and Calcutta, he ranks in second place with Fedez in the 71st edition of Sanremo 2021 with the song “Call me by name”. Back on the stage of the Christmas concert on Christmas Eve 2021.

Who is Francesca Michielin?

Francesca Michielin was born in 1995 in Bassano del Grappa, in Veneto, and began her adventure with music at a very young age, in fact at 9 she began studying piano. Her brother Filippo makes her discover the Red Hot Chili Peppers and rock and so, 3 years later, she also adds bass and singing to her educational path. At 16, the audition for the fifth edition of “X Factor”And under the wing of Simona Ventura, the program wins.

Francesca Michielin is immediately placed under contract by Sony Music and that’s how his first six-track EP, “Distratto”, comes out. Also in 2012 for the first time he walked the stage of Sanremo to duet with Chiara Civello in the piece “Al posto del mondo”. Under the artistic supervision of Elisa, Francesca records “Riflessi di me” to be released on 2 October 2012 and collaborates with Fedez in the realization of the song “Cigno nero” which gets double platinum. He engages himself as a protagonist in the theatrical show “The girl with a pearl earring” with Franco Battiato to take care of the music. In 2014 she was selected to elaborate and sing the song “Amazing” for the film “The amazing Spider-Man 2: The power of Electro”. After having obtained the classical high school diploma at the Cavanis Passagno Institute, he returns to collaborate with Fedez in the “Magnifico” (produced by Dardust) obtaining an incredible success certified by five times platinum.

Francesca Michielin returns to the Festival of Sanremo 2016 with “No degree of separation”, thanks to which he ranks second after the Stadium. The band, however, renounces to represent Italy at the Eurovision Song Contest and Francesca is selected by RAI to participate in the famous international competition where she places 16th. Two more albums arrive with collaborations from Calcutta, Dario Faini, Tommaso Paradiso and Cosmo. He also collaborates with Carl Brave, Cristina D’Avena, Charlie Charles, Davide Simonetta, Mahmood, Levante, Fabri Fibra, Måneskin, Max Gazzè and Coma Cose.

In thesummer 2021 Francesca Michelin is among the protagonists with the new single Cinema sung together with Samuel of the Mediaset program of the summer conducted by Elisabetta Gregoraci, Live beats. Together with her perform Baby K, Irama, Colapesce Dimartino, Fedez, Orietta Berti, Annalisa, Francesca Michielin, Noemi, Deddy, Coma Cose, Federico Rossi, Andrea Damante.

She performs on the occasion of Christmas Eve on the stage of the Christmas concert, conducted by Federica Panicucci and broadcast on Canale 5.

Francesca Michielin revealed that her first song was a song about an unrequited love for which she shed many tears, but says she is happy to have managed to turn something bad into something beautiful. Speaking instead of his first story reveals that it was possessive and jealous love. Since 2020 he is in a happy relationship with the guitarist of the band Selton, the Brazilian Ramiro Levy. Her perfect man remains though Alberto Angela of which Francesca is almost obsessed: so much so that she has a blanket with the face of the famous science popularizer!

Right now Francesca Michielin has 653,000 followers on his Instagram profile. We find many selfies, photos of the performances, the covers of the magazines conquered and promotional images.

Francesca Michielin participates in Sanremo 2021 paired with Fedez: the two after the successes of Cigno Nero and Magnifico return to sing together on the Ariston stage with the song entitled “Chiamami Per Nome”. Francesca said she was very excited about this experience which will be held from 2 to 6 March 2021. In the evening dedicated to the duets and covers of Sanremo 2021, Francesca Michielin and Fedez they sing a medley of “Del verde” in Calcutta, “Le cose in comune” by Daniele Silvestri and Do not love me by Aleandro Baldi and Francesca Alotta. They are not accompanied by any other artist for a duet.

After a little parenthesis he wanted Michielin and Fedez out of the Festival, due to an instagram story published by Fedez in which some notes of the Sanremo song would have been heard, the fuss soon dissipated. Fedez apologized to his colleague complete with a bouquet of flowers and social apologies. At the end of the Kermesse Francesca Michielin and Fedez are classified in second place behind the Maneskin.

Today I have a shirt that does not suit me
I run in the park in my area
But I would like to tell you I’m not afraid
Living a dream brings good luck
Your anger doesn’t win
Some beginnings don’t even deserve an end
But your mouth convinces me
One kiss at a time
Like stones against the shop windows
My apologies were a thousand, a thousand
And in the heart I feel, pins pins
You try to take them off baby

You baby
Call me by name
Only when I have
Lost my words
I know that deep down I amazed you by coming here alone
Standing with a lump in my throat
Call me by name
Because basically here on the grass we are a thousand, a thousand
I feel everything on the skin, skin
But I only see you baby

You baby
In the elevator I waste a sign of the cross, so what?
I know how to give the worst, not give me advice
I’m looking for a poison that never gets off
I have a sadistic guardian angel
I find an excuse but what will change?
The big banal story
Let’s drain the sea first
Then we shed tears
To be able to fill it
The promises were a thousand thousand
But in my heart I feel pins pins
Try to take them off you baby you baby
Call me by name
Only when I have
Lost my words
I know that deep down I amazed you by coming here alone
Driving in the dark I cry like a fool
Call me by name
Because basically here on the grass we are a thousand thousand
I feel everything on the skin, skin
But I only see you baby

You baby
I feel like I’m dying when you talk about me in a way I hate
Help me understand if in the end you see only the good
Under this storm
It rains on the cathedral
We will give up gold
Exchanging it for bread
Call me by name
Only when I have
Lost my words
I know deep down
We were amazed to end up here alone in this place
But then if you don’t find me
Call me by name
Because basically here on the grass we are a thousand, a thousand
I feel everything on the skin, skin
But I only see you baby

Francesca Michielin follows football and is a Juventus fan. She owns a turtle named Gertrude and her musical idols are two women with a great voice: Bjork and Lady Gaga. Francesca also has a personal blog where she writes thoughts, emotions and other things about her.

Home » Music ” Who is Francesca Michielin? Age, Boyfriend, Instagram and Call Me By Name