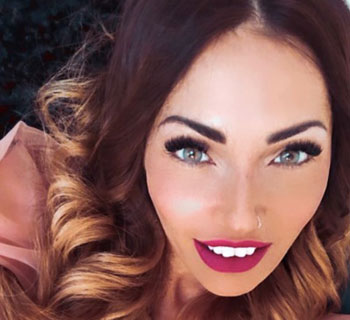 Ida Platano is the owner of a hairdressing salon born in 1982 in Sicily, known to the public for being one of the most loved protagonists of Men and Women Over. Ida had a long relationship with Riccardo Guarnieri, the two also participated in Temptation Island 2018, and despite planning to get married, their relationship ends in July 2020. Currently Ida is a lady of the female parterre of U&D and goes out with Diego Tavani but they are experiencing a strong moment of crisis.

Who is Ida Platano?

Ida Platano is originally from Sicily, where it was born under the Aries sign. He moved to Brescia at a very young age both to find work (the economic situation of his family was not the best) and to follow his childhood love. However, her parents would never have allowed her to leave the house and go to live with a man without getting married, therefore pushed by her father and mother, Ida gets married very young, at eighteen. The marriage lasts ten years and ends when the woman is about 28 years old.

At the age 30 years old Ida becomes pregnant of a man she was dating: he decides not to be interested in the baby and Ida carries on the pregnancy alone, giving birth to the only love of her life: little Samuel. Ida has repeatedly told how the decision to raise a child alone was one of the best she has ever made in her life, because without Samuele now her life would have no meaning. Despite the sacrifices made to raise a child and support the family, Ida has always got away with it and today she can be very proud of herself. Decide to get back into the game for Men and Women to find love: this is how her long relationship (made up of ups and downs) with the handsome Riccardo Guarnieri begins.

Ida Platano she is a hair stylist and an influencer. It’s the owner of the hair salon Maison Glamor located in province of Brescia (more precisely in Bagnolo di Mello). Here Ida exercises her profession by making hairstyles for men and women. At the same time, Ida has become an important Influencer thanks to her participation in the Men and Women Over and Temptation Island program: her Instagram profile boasts almost 600,000 followers, which makes her a full-fledged influencer. In fact, Ida collaborates as promoter and testimonial of different brands both cosmetic and fashion.

Ida Platano returns to Men and Women, with a newfound confidence in herself and goes down to court her Graziano Amato, originally from Naples, who would like to meet her. Later he approaches Marcello Messina, and with him things definitely seem on the right track. In the course of their dating, Ida questions Marcello’s real interest several times: not least when they had their first intimate meeting, where Ida found Marcello very restrained. For his part, the knight had lived that evening in a very different way and was disappointed by Ida’s words. The story between Marcello and Ida seems to come to an end in October. Marcello however again call Ida after the episode, they argue for several days on the phone then Ida brings a sunflower to his office. From there they begin to talk and hear each other again, but the relationship does not last long and ends in controversy. Ida is currently dating the knight Diego. Diego to conquer it did Rome – Brescia in a day to spend a few hours with her and took her to Castel Gandolfo. According to the previews, however, a twist between Ida and Diego. In fact, the two are about to go out together but subsequently between misunderstandings and quarrels they moved away: Diego gets up and says he doesn’t go out like this anymore when the petals are down, Ida upset does not forgive him despite his explanations. In the following episodes Diego continues to look for Ida asking to try again, Ida continues to say that he doesn’t feel like it.

Ida returns in 2021 to Men and Women: the story with Riccardo archived, Ida is ready to get back into the game. He witnesses a curtain between Riccardo and Roberta who return to the studio arguing over the same problems he had with Ida. Meanwhile, Ida meets new knights among them Marco Pistonesi: despite the apparent feeling between the two, the relationship at the moment did not go on after the summer break of the men and women program.

Ida Platano he has over half a million followers on Instagram, where he loves to share moments of daily life and his Influencer activity with his followers. 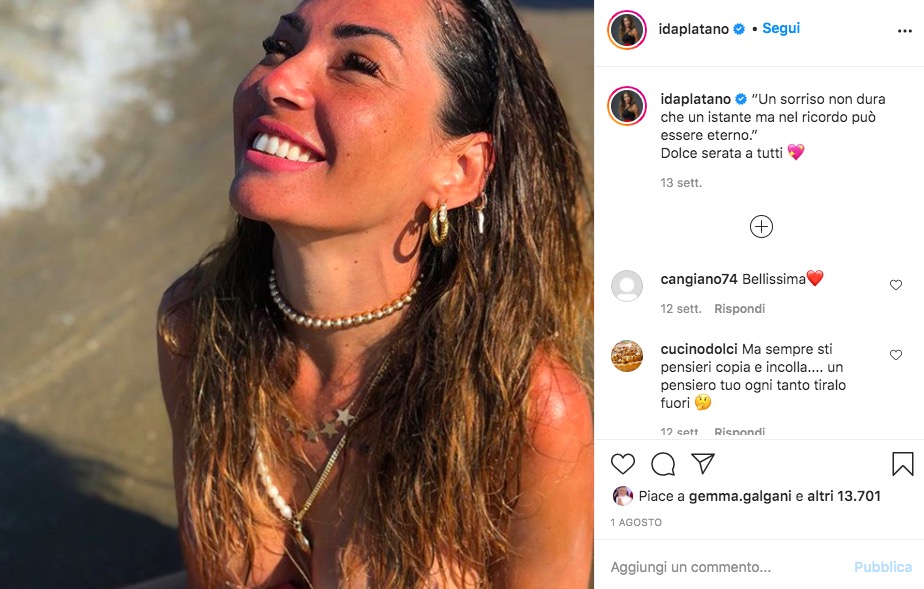 Ida and Riccardo: The story

Ida Platano and Riccardo Guarnieri they know each other and fall in love in the studies of Men and Women: once they leave the program together, however, the relationship does not go immediately to full speed. They live and work far away (he in Taranto, she in Brescia) and Riccardo does not decide to take the big step of the transfer. At the same time Ida would like confirmations that do not arrive. For this reason the couple decides to participate in Temptaion Island to test how strong their relationship is. Riccardo finds himself at ease among single women, while Ida is desperate at every video of her boyfriend that is shown to her. He therefore decides to approach a single for revenge, effectively causing Riccardo’s jealousy which requires an immediate confrontation with his partner. The two leave the program together but with different problems to solve.

As of September 2018 after the end of Temptation Island the couple returns to the studio to Men and Women. If initially it seemed there was a rapprochement, it later turns out that Riccardo continued to feel with the single Stephanie. For this and other misunderstandings, the couple gets closer but then moves away and continues their “remote” path in the studies of Men and Women. At this point Ida begins an acquaintance that sees her rather involved with Armando Incarnato, while Riccardo goes out with Roberta Di Padua. After several back and forth, with Ida abandoning the program for a few weeks and Riccardo calling her back, dozens of clarifications and second thoughts, finally Riccardo asks Ida to get engaged and brings her a ring to the studio.

The two leave the program together and for several months they have been living a serene relationship that “is going well” as they declared at the end of April 2020 in the studies of Men and Women.

After the end of the lockdown, however, the couple decides to break up permanently and Riccardo Guarnieri in November returns to the male parterre of the Men and Women program. Ida decides to send a message to Riccardo during the program and return the engagement ring. Ida returned to the studio at Men and Women 2020 2021 edition in which Riccardo returned to be present as a knight of the parterre in the episode of 11 January because he was called by Riccardo. The two continue to quarrel, however a sort of spark is still present between the two, a spark made of anger, recriminations but still very vivid.

Ida and Riccardo they planned to get married during 2020, but the Coronavirus emergency made him postpone his plans: as they declared it would be unthinkable to organize a wedding in this period! Riccardo Guarnieri is organizing the his transfer from Statte, the town in the province of Taranto where he lives, in Brescia to start living together even before marriage. In any case, the couple passed the lockdown and quarantine together at her home and with her son Samuele.