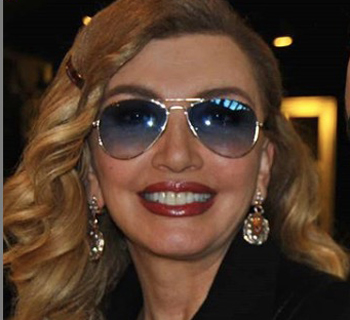 Camilla Patrizia Carlucci, better known as Milly Carlucci, is a successful Italian actress, presenter who became famous thanks to her experiences of the 80s and 90s. It is currently one of the leading presenters of the Rai programming, as its prime time programs are among the most viewed as Dancing with the Stars, now in its fifteenth edition this year and Il Cantante Mascherato.

Who is Milly Carlucci?

Milly Carlucci, born Camilla Patrizia Carlucci, was born in Sulmona (Abruzzo) on 1 October 1954 under the zodiac sign of Libra. Milly Carlucci is the daughter of Luigi Carlucci, a famous general in the Italian army, and of Maria Caracciolo. He spent his childhood, together with his parents, in Udine. In adolescence, however, he moved with his parents to the capital. As far as her academic background is concerned, Milly, after finishing middle school, enrolled at the Terenzio Mamiani State High School of Rome where he graduated five years later. At that time, Milly became passionate about a sport, namely artistic roller skating. Together with the team from the capital, Skating Folgore Roma, he managed to win the Italian championship. After the high school experience, Milly participates in some beauty pageants and it wasn’t long before they elected her as Miss Teenager. Subsequently, even under the impulse of the family, Milly enrolled at the University where she attended the Architectural courseto. However, he soon discovers that he does not have a certain inclination to study and realizes that this is not his path. After a few squabbles with her parents, Milly leaves the world of the University and plunges into the world of work with a long-held dream, namely that of becoming someone famous.

Milly Carlucci has an Instagram profile followed by around 135,000 people. Milly shares weekly updates on the programs she leads, backstage images and even some shots of everyday life. 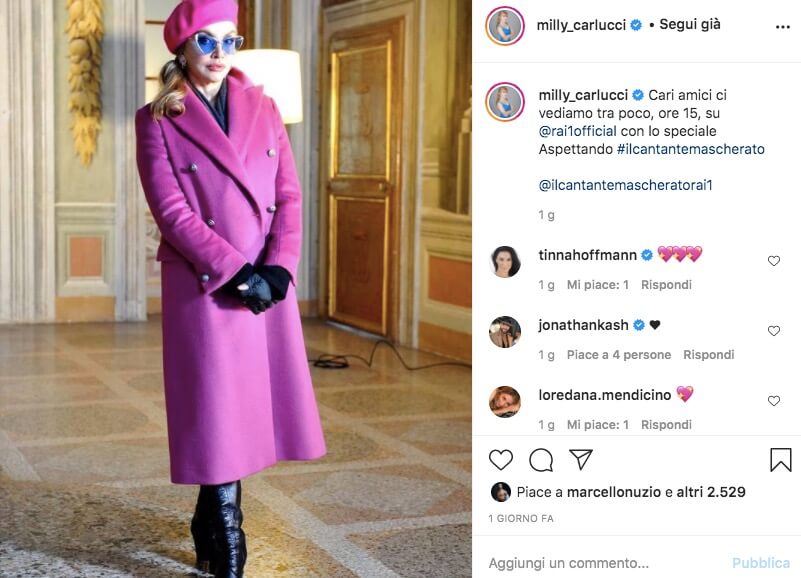 Milly Carlucci is a successful Italian actress, presenter famous for her television performances in the 80s and 90s. His debut on the small screen dates back to 1976, the year in which he participates in the broadcast of Renzo Arbore “The other Sunday”. Here, in fact, Carlucci has his first experience as a television correspondent. The turning point of his career came a few years later thanks to the conduct of “Games without frontiers” broadcast on Rai 2. On the strength of his success Milly conducts this program for four consecutive editions alongside famous personalities such as: Ettore Andenna, Michele Gammino. Still on Rai due, a few years later he conducted the program “Crazy Boys” together with Alfredo Papa and the Cats of Vicolo Miracoli.

After a long period, in 1990 Milly returned to Rai becoming its fixed face. From 1991 to 1996, together with Fabrizio Frizzi, he leads six editions of “We bet that?”. In 1992 he joined Pippo Baudo in the condition of the forty-second edition of the Sanremo Song Festival. Subsequently she was commissioned by Rai to deliver, together with Corrado, the Telegatti. In 2000 he returned to vogue with the conduct of the successful program “Dancing with the stars” repeated for fourteen consecutive editions. In 2016 he conducted the peace match held at the Olympic stadium in Rome live on Rai 1. The following year, however, the spin-off of dancing with the stars or Dancing on the road. This year, on the other hand, he officially made his debut in the conduction of “The masked singer” broadcast on Rai 1 from 29 January 2021.

Dancing with the Stars 2020

Milly Carlucci is married to the engineer Angelo Donati since 1985 with whom she gave birth to two children, Patrick and Angelica. In an interview, she stated that she also wanted another child, but her husband did not. In fact, Donati feared the so-called age gap between his son and his parents. What is their secret to such a long-lived marriage? Milly tells it in an interview: “During the day we are full of commitments but in the evening Angelo and I meet again, we tell each other about the day, we relax, we go to the cinema, we talk about our children, we make plans. The important thing though is always keep fit, for oneself and for each other“

Home » Television ” Who is Milly Carlucci: Biography, Age, Real Name, Husband and Dancing With the Stars