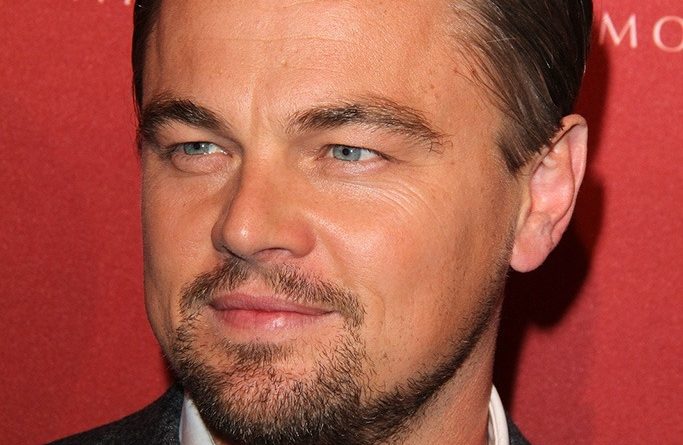 It has begun again: the time of the award ceremonies in Hollywood. On February 28th, the king of film prizes will be presented again for the 88th time: the Oscar. And despite all the scandals, boycotts and rumors that existed in the run-up, a parade of superstars will run across the red carpet again this time. Regardless of whether it is your first nomination in your career or you have already been nominated for one of the golden statues by the Academy of Motion Picture Arts and Sciences for the second time: Each of the nominated actors should be excited. After all, an Oscar like this can be the starting signal for growing awareness, larger role offers and higher fees. And that’s where many of the nominees already have one handsome fortune, a considerable merit and other high-endowed income feature.

That’s how rich the 2016 Oscar nominees are

Leonardo DiCaprio, nominated for “The Revenant”

Leonardo DiCaprio is as best male lead actor nominated for his role as Hugh Glass. Around 1820 he set off as a trapper with his companions on an expedition to explore the Missouri River. Glass is attacked by a grizzly bear in a careless moment and seriously injured. His companions assume that he can no longer be saved, take all weapons from him and leave him lying there. But Hugh Glass survives and even manages to get up again. Driven by a thirst for revenge on his companions, he roams the icy nature.

for Leonardo DiCaprio an Oscar nomination is nothing new. The “golden boy” was within his grasp five times, but he never won it. We can only wish him good luck this year.

Matt Damon, nominated for “The Martian”

Matt Damon is on the nomination list for the best male lead than the astronaut Mark Watney. He is part of a NASA team that is to explore Mars as a new habitat for mankind. When a sandstorm sweeps across the red planet, Commander Lewis gathers his crew and blows them off. Watney, who recently had an accident, is believed dead and left behind. But this is a mistake with grave consequences, Watney wakes up and finds himself all alone. He can give the earth a sign of life and a nerve-wracking rescue mission is started.

Matt Damon can already call an Oscar his own. He received it in 1998 for the screenplay for “Good Will Hunting”. Overall was Matt Damon has been nominated for an Oscar four times.

For her lead role in the drama-comedy “Joy” is Jennifer Lawrence as best main actress nominated. The film is about Joy, a young woman who lives in a chaotic and poor family. In addition to her and her two children, her ex-husband and father also live in her house. Joy then decides that something has to change. She coincidentally invents the “self-wringing mop”. After some difficulty marketing it, she finally had a conversation with a manager of the home shopping channel QVC, which changed Joy’s life significantly.

Despite her young 25 years is Jennifer Lawrence already an old hand when it comes to Oscar nominations. This year she has been nominated for the fourth time. In 2013 she was allowed to take home the trophy for the film “Silver Lining Playbook”.

The romance “Carol” brought Cate Blanchett an Oscar nomination for best main actress one. The film’s plot: In the 1950s, the young Therese worked in a department store, where one day she met the sophisticated Carol. She leaves her address so that her purchases can be delivered. Therese, who is in an unhappy marriage, sends Carol a Christmas card, whereupon a close friendship develops between the two. But Therese’s feelings soon go beyond pure friendship. Carol’s jealous husband hires a private detective to track down a forbidden love affair between the two.

Cate Blanchett can look forward to her sixth Oscar nomination this year. She has already received the coveted award twice, in 2005 for the film “The Aviator” and in 2014 for her role in “Blue Jasmin”.

When best supporting actor in the Wall Street drama “The Big Short” Christian Bale nominated. In it he plays the Hegdefond manager Michael Burry, who in 2005 was the only one in his business environment to anticipate the imminent stock market crash. When no one takes him seriously, he works out a plan that he wants to carry out with some risk-taking speculators. He wants to make short purchases of shares in large investment banks and can thus save himself and his customers from the consequences of the great stock market crash of 2007.

for Christian Bale one can hope that there is something to the saying “All good things come in threes”. Perhaps his third Oscar nomination will bring him the golden trophy. He was nominated for his roles in 2011 in “The Fighter” and 2014 in “American Hustle”.

The role of his life, namely that of Rocky Balboa in “Creed”, has the old warrior Sylvester Stallone actually another Oscar nomination as best supporting actor brought in. In “Creed” he plays the aged Rocky, who helps the son of his former rival Apollo Creed to a boxing career. Rocky himself falls ill with cancer during the film and takes on a fight himself, namely the one with his illness and the fear of death.

for Sylvester Stallone it is the third nomination for an Oscar in the role of Rocky Balboa. In 1976 he was nominated for Best Leading Role and Best Screenplay for “Rocky”. It would be better for him that he can finally hold the Oscar in his hands.

When the best supporting actress in the movie “Spotlight is Rachel McAdams nominated. This is based on true events and Rachel McAdams It plays the journalist Sacha Pfeiffer, who, together with her colleagues from the Boston Globe, uncovered a case of abuse in the Catholic Church. But it is anything but easy for the team to come up against cunning lawyers, silent victims and suspicious priests.

Rachel McAdams makes her Oscar debut as this is her first nomination. But as an actress, she is anything but a beginner. She has played in famous films such as “The Time Traveler’s Wife”, “Sherlock Holmes” and “Midnight in Paris”.

For her role as Joanna Hoffmann, the marketing director of Mac, may Kate Winslet about an Oscar nomination as the best supporting actress be happy. This film is about the life and work of Apple founder Steve Jobs, more precisely about three important presentations that have had a decisive influence on his career. Joanna Hoffmann sometimes gives him a lot of contradiction and is often not of his opinion at all.

Kate Winslet should have taken on her nomination almost as a matter of routine. Because this is the seventh time that Kate Winslet The Oscar is allowed to run as a nominee on the red carpet. However, she has only won it once for her portrayal in “The Reader”.

The Mexican screenwriter, director and producer Alejandro González Iñárritu is nominated in the category this year “Best Director” for the film “The Revenant”. for Alejandro González Iñárritu that’s nothing new, after all, last year he already received no less than 3 Oscars for the film “Birdman”. The chances are good that it will also be considered this year. After all, “The Revenant” has already won several Golden Globes, including in the “Best Director” category. And the Golden Globes are known to be a reliable forecast of who could also look forward to an Oscar.

Lady Gaga, nominated for “Til It Happens To You” from the movie “The Hunting Ground”, fortune 275 million dollars

One of the categories at the Oscars is called “Best movie song”. This year is among others Lady Gaga nominated who contributed the song “Til It Happens To You” to the film “The Hunting Ground”. This is a documentary film that reports on the danger for young female students of becoming victims of sexual abuse. It is revealed to what extent such incidents are covered up by the universities and the resistance against which the rape victims have to fight. Lady Gaga worked with Diane Warren on the song “The Hunting Ground”. It is the first Oscar nomination for Gaga, the bird of paradise.

The host of the 88th Academy Awards is the African American comedian Chris Rock. He moderated the award ceremony back in 2005. This time, however, his job is controversial. There were violent protests from Hollywood circles that only white actors were nominated again in 2016. Actors like Will Smith and his wife Jada Pinkett will therefore boycott the event this year.

Here is the list of actors who have never won an Oscar and probably never will.