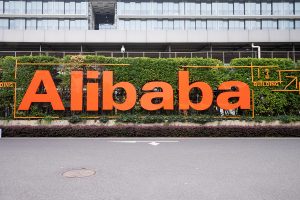 Jack Ma is not only one of the richest men in China, but also one of the richest people in the world. After all, Ma founded the world’s largest online platform, Alibaba. Jack Ma even put Jeff Bezos’ Amazon in the shade. The Alibaba Group now includes far more Internet companies that are making Ma’s fortunes soar. Jack Ma broke many records in the process. The father of two, who has been married to his wife since 1988, was the first mainland Chinese to appear on the cover of Forbes. The cherished Jack Ma’s net worth is € 31.8 billion.

English as a road to success

The fact that Jack Ma learned the English language very early on was one of his first keys to success. For nine years he offered foreigners free city tours to improve his English. Ma has shown this work ethic throughout his steep career as an entrepreneur. Ma failed the entrance exams to Hangzhou Normal University three times. However, this did not prevent him from studying there later. During his studies he also met his wife.

He received his bachelor’s degree in English the same year that Ms. Zhang Ying was married. At first, Ma was as Lecturer in English as well as in international trade active. In 2006 he graduated from the Cheung Kong Graduate School of Business. Then Ma is said to have applied for 30 different jobs and only received rejections. But even these defeats couldn’t stop Jack Ma from becoming one of the richest men in all of China.

Jack Ma is pursuing a career as an entrepreneur

His first company was founded in 1994, when Jack Ma called the Hangzhou Hope Translation Agency into life. However, this only happened on a part-time basis. As part of the company, Ma hired a number of retired English teachers who could still earn extra income. In 1995 Ma went to Seattle to visit a friend. There Ma had the opportunity to use a computer for the first time and surf the Internet.

Mas Freund promptly published the contact details of his translation agency on the Internet. It should only take a few hours for the first translation requests to reach Ma via email. This experience shaped Ma so much that he started his first internet company shortly afterwards. The money for China Pages he borrowed in part from his parents and relatives. In addition to these private loans, Jack Ma also resorted to his personal savings.

The creation of Alibaba

In 1999 Ma teamed up with 16 partners and his wife to work together Establish Alibaba. The start-up capital of the company at that time was just 53,000 euros. In the meantime, the multi-billionaire has already withdrawn from the active business of Alibaba. That Ma has achieved a lot is also shown by the fact that the British Prime Minister, David Cameron, brought Ma to his side as an advisor in autumn 2015. The very fact that Ma is so open about his defeats and setbacks ultimately makes him an inspiration to many. For example, Ma is said to have been rejected ten times by Harvard University. However, this does not affect his professional and financial success.