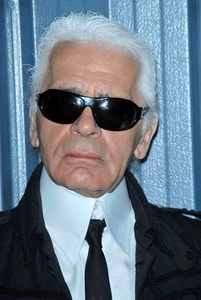 How rich was Karl Lagerfeld?

Karl Lagerfeld achieved great services by working for large fashion companies such as Pierre Balmain, Jean Patou, Chloé, Fendi, Karl Lagerfeld, Chanel, Hennes & Mauritz. He was able to generate additional income through many collaborations. For the Toy maker tokidoki he produced a Lagerfeld toy figurethat was modeled after his person. 1000 copies were produced, the doll was sold for 129 euros each.

He designed motorcycle helmets and silk scarves for Les Ateliers Ruby, designed a Coca Cola Light bottle for Coca Cola, designed caricatures for the French daily newspaper Liberation, designed jewelry for Swarovski … He also designed the stage outfits for Madonna during her “re-invention “Tour and also worked for Kylie Minogue. All of this, along with his fashion collections, made him famous and his 450 million euros worth of assets. Until his death in February 2019, he earned at least around 40 million euros a year. The fashion designer died in early 2019 at the age of 85.

In total, there are said to be seven heirs in Lagerfeld’s will. Including his four “Karl Boys”, the male muses Sebastien Jondeau, Baptiste Giabiconi, Jake Davies and Brad Kroenig. The PR agent Caroline Lebar and the housekeeper Françoise Caçote, who took care of the cat Choupette, as well as his godchild Hudson Kroenig are also said to be among the beneficiaries.

Since his death, it has also been rumored that his beloved cat Choupette would inherit the entire property. However, that would not be legally possible.

Karl Otto Lagerfeld was one of the “oldest” in the fashion business for a long time and was born on September 10, 1933 in Hamburg, Germany. He got his middle name from his father Otto Lagerfeld. Otto Lagerfeld was a condensed milk manufacturer in Hamburg, the company was called Glücksklee-Milch GmbH. Karl Lagerfeld had a looser relationship with his father, but his relationship with his mother Elisabeth was distant, as he explained. However, he respected his mother very much and learned from her how to give the right answers. The fashion designer once said that he loved his parents. He grew up with them in wealthy circumstances.

The designer has often made himself a few years younger, so he publicly announced 1938 and 1935 as the year of his birth. Bild am Sonntag published excerpts from the public baptismal register in 2008, which showed that he was born in 1933.

Karl worked and lived in Paris until the end. He also had apartments in Rome, Monte Carlo and New York. From 1989, Lagerfeld lived alone, because that year his partner Jacques de Bascher died, who was diagnosed with AIDS in 1983. He had reduced his staff since 2008, and in his final years he had only one maid, a cook and two chauffeurs available around the clock. He was considered a workaholic, his bequeathed fortune is estimated at 450 million euros, he has amassed this through much discipline and hard work.

He was also considered to be very vain. His trademarks were the white pigtail of hair and dark sunglasses (they are said to have corrected his visual defect). Until the beginning of the 2000s, he could always be seen in public with a hand fan. After the death of his partner, he had put on weight. Thanks to the 3D diet (designer, doctor, diet) devised by a French doctor in 2000, he lost around 42kg within a year. He stated that he wanted to wear the slim-fitting Dior Homme suits and that this was his motive for a diet. He wore tight suits so that he could not gain weight. His only ambition was to continue to wear size 46/48 with Dior.

The start of his glamorous career

The Lagerfeld family changed their place of residence several times, from Hamburg to Bad Bramstedt, and their hometown Hamburg was bombed and devastated during the Second World War. In 1953 the fashion designer left Germany with his mother and moved to Paris. At the beginning he was taught there in a private school and then in the Lycée Montaigne. He then worked as an illustrator in the fashion sector. The beginning of his steep career was done. He started working for Pierre Balmain in 1955 as a fashion designer. A wool coat he designed went into production there. From 1958 to 1963 he was artistic director at Jean Patou. He then worked as a freelancer for fashion companies such as Mario Valentino, Krizia and Monoprix. At the same time he began studying art, which he gave up after three years. During the same period he worked as artistic director at Chloé, developing collections for this company until 1978. He also worked for many other large fashion companies. He also has other assets and owns several apartments in large metropolises such as New York, Paris, Monte Carlo and Rome.

His first own company “Karl Lagerfeld Impression“He founded in 1974. He also worked for the classy fashion brand Chanel. His own label “Karl Lagerfeld” followed in 1984, founded together with the French textile manufacturer Bidermann, which became known for extravagant knitwear.

Under the name of Lagerfeld Gallery in his own label, he created women’s collections. For these collections there was later a cooperation with Diesel, the Lagerfeld Gallery was then expanded to include men’s fashion. Another “KL by Karl Lagerfeld” fashion line was developed, which was even offered in the Quelle catalog. For the big one Group H&M (Hennes and Mauritz) he designed an inexpensive fashion collection and a perfume “Liquid Karl” in 2004. In 2005, Karl Lagerfeld sold the Lagerfeld brand, including all licenses, to Tommy Hilfiger for 20 million euros. Today this brand is owned by the investment company Apax Partners.

The well-known top model Claudia Schiffer was discovered by Lagerfeld and was considered his muse. His other muses were Brad Kroenig, Inès de la Fressange, Lara Stone, Toni Garrn, Baptiste Giabiconi, Freia Beha Erichsen and Daria Werbowy. Heidi Klum, on the other hand, is not one of his inspirations, on the contrary – the fashion czar is considered a big blasphemer and scolds the most successful German model.

He earned a lot for the creation of a Steiff teddy bear in the typical Lagerfeld outfit. As an introduction, the teddy bear was sold in the United States for € 1,091 ($ 1,500). In the video game Grand Theft Auto IV, which was presented in 2008, Lagerfeld’s voice can be heard at the beginning as the radio host of the fictional broadcaster K109 – he has increased his fortune through such assignments. He also earned a salary as a designer for the island of Isla Moda off the coast of Dubai. He designed apartments, hotels and shops. The project was not carried out, but he was sure to earn a salary for his work.

In 2018 the latest project by Karl Lagerfeld should be opened. Together with Versace, he planned to build a 270 room luxury hotel in the Chinese province of Macao, 50 km west of Hong Kong. Macau has long been considered an up-and-coming gambling metropolis, where the super-rich meet.