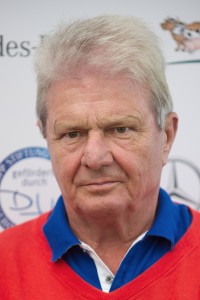 How rich is Dietmar Hopp?

In Germany, people don’t really talk about money. But it is precisely this vow that we want to break. After all, the fortune of the German entrepreneur Dietmar Hopp is really spectacular. The man, who can even be found in the top 200 list of the richest people in the world, owes his fortune primarily to the software company SAP, which he co-founded. Dietmar Hopp himself revealed in an interview in 2010 that “he lost 2 billion as a result of the crisis”. Because a large part of his assets are in SAP shares, so that his asset is subject to regular fluctuations along with the SAP share prices. However, the billionaire, who is passionate about the TSG Hoffenheim football club, seems to have recovered from such setbacks. SAP AG can still be found in the fast lane internationally, and with it its co-founder Dietmar Hopp. The billionaire is one of the richest Germans. The cherished Dietmar Hopp’s assets 5.85 billion euros.

The beginnings of SAP

Hopp actually comes from a modest background and grew up poor in the post-war period. But that’s exactly what helped the billionaire on his way to the top. Because the first 10 years at SAP in particular were brutal. After all, the software could only be tested at night so as not to disrupt the operational processes of the company’s own customers. The entrepreneur, who is on the absolute sunny side of life today, worked up to 80 hours or more a week at the time. Hasso Plattner, who also works at SAP, also has a huge fortune.

Dietmar Hopp – With SAP to a billion-dollar fortune

Dietmar Hopp started his career at IBM. There he also met Hasso Plattner, Klaus Tschira, Hans-Werner Hector and Claus Wellenreuther, with whom he founded his first software company in 1972, which was called “System Analysis and Program Development”, which was not very creative. The group has only been known as SAP AG since 1988. That is roughly how long it took for the company to really establish itself on the market.

Dietmar Hopp has repeatedly emphasized in various interviews that the company founders were very lucky and, above all, had time. He saw the first 10 to 15 years of the company’s history as a “start-up phase”, which is no longer conceivable today. From 1988 to 1998, the billionaire himself entered the Role of the CEO of SAP AG on. Since May 2005 he has been a simple member of the supervisory board. In 2006 it became known that the entrepreneur still owned almost 10 percent of all SAP shares at that time. How many shares Dietmar Hopp still owns today is not exactly known, as he donated some of them to charity.

As a real sports fan, the SAP co-founder also appeared there as a patron and has been involved with TSG 1899 Hoffenheim since 1989. Hopp played for TSG himself in his youth and led the club with his financial resources from 1990 to 2008 in the 1st German Bundesliga, where the club has been firmly established since then and is occasionally even allowed to compete in European competitions. Hopp also managed to own a club as “sole ruler” despite the 50 + 1 rule in the Bundesliga. Overall, he owns 96% of the football club through “TSG 1899 Hoffenheim Fußball-Spielbetriebs GmbH”, in which he is said to have already invested 350 million euros. This was made possible by an exemption from the DFL for “legal entities who have supported an association continuously and significantly for more than 20 years.” In the recent past, investors such as Martin Kind (Hannover 96) or Hasan Ismaik ( 1860 Munich), which, however, were unsuccessful.

After Dietmar Hopp has largely withdrawn from his active life at SAP, he has devoted himself to other projects. For example, he has that Dietmar Hopp Foundation founded in 1995 as a non-profit GmbH. Private SAP shares from Hopp itself finance the foundation, which is involved in the areas of social affairs, sports, education and medicine and is particularly active in the Rhine-Neckar area, as the billionaire feels very connected to this region.

The entrepreneur is also active as an investor and has invested a lot of money, especially in the biotech industry. At the CureVac AG is what Dietmar Hopp holds through his holding company “dievini Hopp BioTech holding GmbH & Co. KG“Around 80 percent of the shares. Microsoft founder Bill Gates is also investing in biotech with his Bill and Melinda Gates Foundation. The goal of CureVac is to develop vaccines against infectious diseases such as the corona virus.

The following companies are part of the Hopps BioTech holdings: