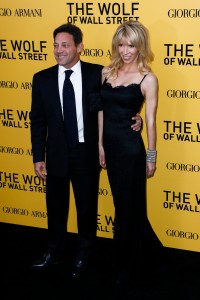 How much debt does Jordan Belfort have?

Jordan Belfort is the real “Wolf of Wall Street,” who was embodied in the film of the same name by none other than Leonardo DiCaprio. While it would arguably be a great honor for most people to be played by Leo in a movie, this is more of a dubious honor. Because Jordan Belfort, who has already appeared as an author, stock trader, entrepreneur and motivational speaker, is heavily in debt. Currently, his fortune or mountain of debt is 100 million euros, even though the entrepreneur was once a rich man. However, the American had not earned his million dollar fortune with honest means. Rather, he was involved in money laundering and securities fraud, for which he was sentenced to imprisonment in 1998.

The 1,500+ clients whom the entrepreneur cheated are now entitled to around 110 million US dollars of the 200 million US dollars that were embezzled. So far, Jordan Belfort has only been able to repay $ 11.6 million, so he still has 100 million euros in debt. The amount already repaid came mainly from the sale of various properties that Belfort had been able to buy during his Wall Street days. It is therefore rather uncertain whether he will ever be able to repay the remaining 100 million euros.

The exciting life of the real Wolf of Wall Street

Jordan Belfort was born in the Big Apple as an accountant’s son. He grew up in a rather middle-class family and studied at the American University. He broke off his training as a dentist, which Jordan was supposed to complete at the Baltimore College of Dental Surgery, on the very first day. He had heard that there was hardly any money to be made as a dentist and that was exactly what Jordan Belfort was all about during his college days. While initially struggling with seafood and meat sales, he went to Wall Street in 1987. There he worked for LF Rothschild as a stockbroker. On Black Monday, however, LF Rothschild had to close unexpectedly, which suddenly left Belfort unemployed and had to start all over again.

However, he got back on his feet quickly and began selling penny stocks in Long Island, which he was also very successful. Inspired by his success, the former millionaire and today’s major debtor founded then with his friend a brokerage firm called Stratton Oakmont. In the 1980s and 1990s, Belfort’s firm grew into one of the largest brokers in the entire United States. Because the company is now busy more than 1,000 employees. More than 35 corporations went public with the help of Stratton Oakmont and the broker was allowed to manage billions in investments. At the age of just 26, Jordan Belfort had achieved the status of a multimillionaire. However, the New Yorker could only handle it very poorly and was henceforth best known for his drug abuse and excessive lifestyle.

Punishment, debts, new assets or is the bankrupt vulture gnawing?

But his frenzy of success only lasted until 1998, when his company was shut down by the Securities and Exchange Commission. Jordan Belfort failed as a fraudster. He was eventually jailed for four years in money laundering and securities fraud worth $ 200 million. Part of the reason he didn’t have to serve a lengthy sentence was because Jordan Belfort cooperated with the FBIwhich led to an alleviation of his actual sentence. After only 22 months in jail, the ex-millionaire, who was now heavily in debt, was released again. A meeting with Tommy Chong then led Belfort to decide to write a book about his life so far. The Hollywood blockbuster “The Wolf of Wall Street,” directed by Martin Scorsese and Leonardo DiCaprio slipped into the role of Jordan Belfort, is based on this book. Belfort now lives in Manhattan Beach, California. He was able to gain a foothold again at least in part and is relative today successfully active as a motivational speaker and entrepreneur. In recent years, accusations have been raised that Belfort, who is now making quite good earnings, has paid back a far too small part of his current income to the more than 1,500 victims. The entrepreneur clearly rejected this accusation.