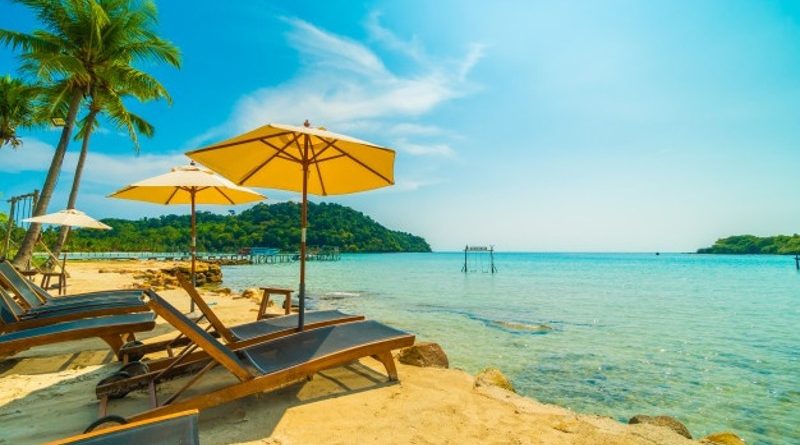 Daman has it all, to entice you to plan a journey to this idyllic swath of land on India’s western coast, with picturesque coastlines to ancient landmarks, beautiful structures to breathtaking vistas. This little union territory is situated on India’s west coast is truly vibrant and offers great options to explore. Daman has a very leisurely environment where you can thoroughly indulge yourself in a relaxed way of life. It is a destination with a rich historical past and cultural heritage that has the potential to revitalise you to your core and transform your vacation perspective forever.

This former Portuguese colony provides a calm travel experience away from the frantic crowds, with gorgeous coastlines, spectacular architecture, and a peaceful atmosphere. It is one of India’s ten least inhabited districts, making it a great location for a relaxing holiday. You can also find some of the coolest wedding destinations in Daman.

A location’s identity is determined by its cuisine.  And this little region has some of the greatest seafood in the world. The most popular foods are lobsters, fish, and crab. Jetty Roll, a localized version of Kathi kabab rolls, is Daman’s primary dish. The Paid is a common evening snack that also pairs nicely with wine. The Deltin hotel in Daman serves the best quality services and excellent food and ambience in Daman.

Do you want to know what to see in Daman? Then make a trip to Daman’s massive Lighthouse. The Lighthouse, which is located near the Moti Daman Fort, is amongst the most prominent Daman tourist sites. Many people visit this location to see the magnificent sunsets, as well as the spectacular vistas of the Arabian Sea and the city. It is also an ideal location for photographers.

The Devka Amusement Park is one of the major tourist attractions in Daman. A modest, ancient, and basic park near the Devka beach provides a variety of rides, as well as a wide garden and a food court with a unique ice cream parlor. If you’re on a family holiday in Daman, and particularly if you’re travelling with children, this is one of the most beautiful things to do. You may also enjoy camel and pony rides, which will allow you to reminisce about your youth.

The Moti Daman Fort, built by the Portuguese at the end of the sixteenth century, is one of Daman’s most iconic spots. Despite the fact that the fort has deteriorated and requires renovation, it remains one of the top locations to explore in Daman, with an Iberian chapel, two entrances, massive walls, and ten bastions.

The House of Bockage is one of Daman’s greatest historically significant but also unappealing, attractions. Only visitors visit this site, which is located inside the Moti Daman fort and appears to be utilized as a storehouse by the residents. It bears the names of a Portuguese writer and a fugitive, and it will undoubtedly transport you back to antiquity.

Nani Daman Fort is one of Daman’s biggest fascinating attractions. It is also known as the St. Jerome fort and is a modest fort with large stone walls. The fort, which is located on the banks of the Daman Ganga, has an area of 12,250 square meters. With a nearby chapel, Our Lady of the Sea, and a large statue of St. Jerome at the fort’s gate, the fort portrays Christian traditions and culture. The  Gandhi Park and a fish market with many fishing boats on the coast are two more nearby destinations.

Besides the above-mentioned sites, there are numerous other attractions that are worth exploring in Daman. But these sites are definitely some of the best ones that you cannot afford to miss. The Daman tourism attractions will not disappoint you and will provide you with some breathtaking stunning panoramic views. Daman is also famous for its hotels and resorts, which are at par with international standards. Some of the best hotels , such as The Deltin hotel in Daman are here!

Hotel Princess Park, The Gold Beach Resort, and Cidade de Daman Beach Resort. These hotels not only cater to tourists but also provide services as the best wedding destinations in Daman. So, what are you waiting for, pack your bags and plan a trip, you won’t regret your decision we assure you!