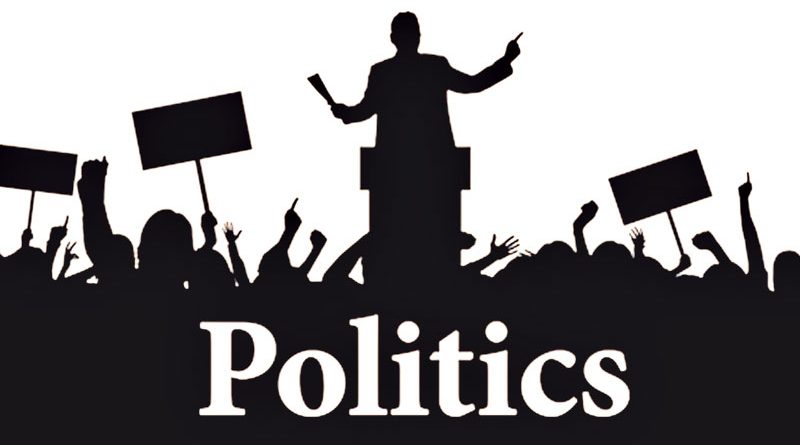 Consider the following scenario: You are just starting out in your career while also beginning to be interested in politics. Do you know what steps to take next?

If you are unsure, this article is intended to help point you in the right direction. It will cover some of the careers available within a political sphere that are usually associated with government and politics.

Not only that, but it will explain what each of these paths entails and how it may be beneficial for you.

Politics can be a broad term that encompasses many different careers, but it is defined as the activities associated with the governance of a country, especially the debate between parties having power.

This is what your average person thinks when they hear “politics.”

Far from this surface-level definition, however, there are countless areas that are associated with politics and what it means to be a part of this field. Below are some of the most common ones.

At first glance, you may think that you can do everything listed with ease or absolutely nothing on this list at all.

Misconceptions About a Career in Politics

“I want to be a politician, but what do I need to do?”

I am sure you have asked yourself this at one point or another while looking into the world of politics, but unfortunately, there are still misconceptions out there.

Even with all of the knowledge available on the Internet, many people still have a difficult time grasping exactly what it takes to get into politics. They may even be scared off because of some of the negative connotations associated with it nowadays.

So, if you feel that you have a desire to get into politics and those feelings continue even after reading this article, try not to let that discourage you.

Let’s dig deeper into the truth about this career path.

Work Experience is Key For A Jobs in Politics

The political industry is no stranger to careers with many requirements and resumés that seem to have little depth.

As a matter of fact, it is quite the opposite!

Depending on the career path you choose within this field, you must be prepared to take on a wide breadth of responsibilities.

From writing speeches and crafting your own policy ideas to dealing with day-to-day operations, this essentially means being responsible for your work and what happens within your specific role.

This may be hard for some people if they are not in the position of being the boss or having complete control over what they will be doing each day or week.

To make this easier, there are many courses that can help potential politicians to navigate their early careers. Doing a course like an online public policy master program is a great idea to get you started.

The Advantages and Drawbacks of Working in Government

The advantages of working in politics are obvious; it is the best way to get involved in the political sphere of your country.

More than that, however, it is a great opportunity for many people who have a passion for the world of politics.

In your role as a politician, you will have plenty of opportunities to learn about different acts and policies, learn how to deal with different people as well as help make important decisions in your country.

This is true whether you choose to be part of an individual government or work on a national level, too.

The Disadvantages of Working in Government

Despite being one of the best entry-level ways to get involved with politics, there are still some drawbacks.

For starters, you must have a thick skin as well as an ability to deal with people’s opinions, whether they are good or bad.

Working in politics means that you will have to work with a number of different people and organizations, so it is important that you are able to handle working within this type of environment. If not, you may find yourself on the wrong career path.

The Impact of Government Laws & Regulations on Society

Government laws and regulations have a significant impact on society, which is why it is so important that politicians have a strong knowledge of these areas.

It is also another reason for many people to join the political sphere as part of their careers.

The benefit (even on a personal level) of being a politician can be huge because you are dealing with so many people’s lives. Whether you are a mayor, governor, or president, this can mean you are affecting the lives of thousands or even millions of people within your country.

With careers like these, there will always be good and bad days, but they all make a difference in the end.

The Necessity of Political Leadership in the World Today

It is important to understand that there are always leaders that exist within different areas of government.

These are the people who make the key decisions and strategic plans for the future of the country, and these people need to have good political leadership skills.

The two main areas typically associated with this are the presidency and national governments.

The president is a high-ranking position in government, and it will be your responsibility as a candidate to win in order to take this spot.

The national government is made up of many different states, regions, and cities, which makes it one of the largest levels of government.

Many leaders in this particular area of government will typically work to make sure the country is running smoothly and is able to operate within the rules that are set.

These particular roles are both long-term, so you will need to be prepared for what they entail.

The Other Areas of Government

Working in politics is a great career path to get involved with, but it is not the only area that you can work in. There are still plenty of opportunities within other areas of government.

Each one will have its own responsibilities, rules, and requirements, but they all share some commonalities.

Make a Positive Impact on Society

If you want to make a positive impact on society, working in government is one of the best ways for you to get involved. Political careers are built around making changes as well as helping people, so it is important that you have strong leadership skills and good communication skills.

When you are in the national government, you will have to deal with everything from the local level to the national level.

The president is one of the highest-ranking positions in government, which means that there are hundreds of thousands of people working under them (and this does not include their cabinet and advisors). If a country has a poor economy or needs to be industrialized, however, these regions can affect millions of people.

Working as part of a national administration can also help you gain experience in different areas such as diplomacy, defense, and more. It is important to keep in mind that while you will have many opportunities to grow within your career path, there may be others who do not.

How Do Politicians Spend Their Time?

How a politician spends their time is determined largely by the type of work that they do.

For instance, if you are working with the government at a national level, you will have to spend time traveling from state to state and region to region to ensure that things are running smoothly. This often means traveling around your country or even the world.

While it is possible to be based in one city, most people working in high positions at national levels often find themselves traveling a lot more than they would if they were part of local or regional governments.

If you are working within a local or regional government, however, your time will likely be spent much differently.

For example, if you are a mayor in the city of New York, then you can bet that there will be plenty of office hours. However, you may find yourself traveling from one city to the next in order to meet with people or discuss different aspects of the city with others who live there.

Working in Government: What It Can Do for Your Career

While being part of the political sphere can mean many things, it is undeniable that it is one of the best ways to get involved in government.

Working in a variety of different roles can make it easy for you to obtain valuable experience within a specific area.

This gives you the opportunity to get a better feel for things, and if you are already interested in all of these areas, then this can be a great way for you to learn about them and become more involved.

It is important to remember that not everyone who is working in politics has the same kind of job or career path. There are often many different opportunities available and there is no telling what opportunities might present themselves at any given time.

While politics and government often get used interchangeably, there is a difference between the two.

Politics refers to the act of seeking or holding public office, while the government is the governing body of a country. When you are working in politics, you are working within the political structure of your nation.

Politics is a field that attracts many different professionals from all over the world because it requires people who can make decisions independently but who are also capable of communicating with others and coming up with compromises and solutions for various issues that arise.

A government official will be responsible for making sure that things run smoothly within their particular area and that they are complying with national laws as well as local ones.

The Effect of Social Media on Politics

There are several things that are currently affecting politics, whether on a local or national level. One of the most prevalent is social media.

These days, there is a greater ability for people to express their beliefs and thoughts about different issues, which has made it easier for them to vote and participate in ways that have never been seen before.

While social media allows for many advantages, there are also some issues with privacy and security concerns. Due to this, you may find that some political careers require you to be very selective about what you post online.

In addition, by making sure that you are always on social media and are aware of everything that is said about your career, you can make sure that you will be well prepared for whatever comes next.

Working in Government: Is It Right For You?

Despite what is shown in the media, working in government is not the same as being a politician.

In fact, there are many different roles and positions within the government where you will have to do all sorts of different things (just like you would if you worked in any other industry). You might be planning out some big speeches or overseeing a large budget, but it is important to remember that success often takes time.

As a politician, there are all sorts of different things that you will be responsible for, but it is important that you know what you are getting into before jumping into this career path.

Working in politics or government can be a great way to get involved in different areas and learn about them on a deeper level.

It is important that you choose this career path with the right attitude and goals because it can make all the difference in your overall satisfaction.

Working in politics is not always easy, but it can be a lot of fun if you know what you’re getting into and are prepared for the challenges that lie ahead.