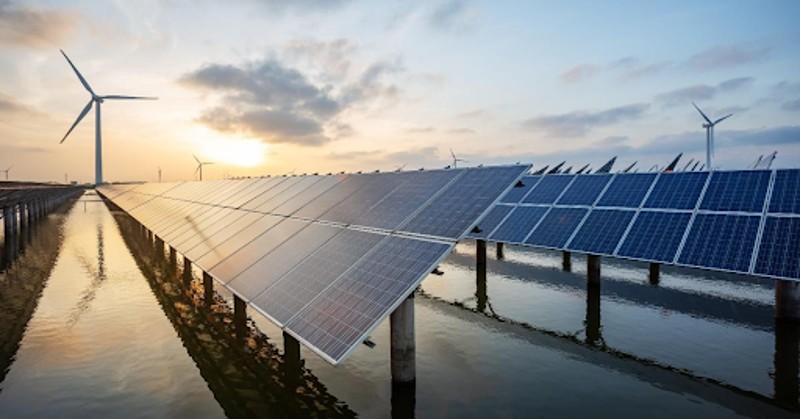 Everything around us revolves around energy – Driving your car, charging your household appliances, and even warming yourself by a campfire. Our energy use choices affect our environment and the quality of our lives. The increasing demand for cleaner energy is necessary to combat air pollution, global warming, ocean acidity, and climate change. Most people have been shifting to harnessing the power of renewable energy for years.

Unfortunately, renewable energy supplies less than 16% of the total energy globally. Nevertheless, this share is rapidly increasing as countries embrace the idea of renewable energy due to its benefits. Renewable sources of energy produce electricity with fewer environmental effects and emissions, unlike when compared to non-renewable energy. Therefore, it’s important to have a basic understanding of the various forms of energy.

What is Renewable Energy

Renewable energy is energy produced from natural sources that replenish itself over time. These sources are referred to as clean energy and are usually in considerable abundance. Also, renewable resources have an endless lifespan but a limited amount of energy available per unit of time. Renewable energy doesn’t emit pollutants such as carbon monoxide into the atmosphere during energy conversion. After conversion, renewable energies can generate electricity for cooling, heating, and transportation.

Solar energy is the only renewable energy source easily harnessed in homes through solar panels or solar water heaters. Solar energy is produced by the sun and transformed into thermal or electrical energy. Furthermore, solar technology can capture energy for various purposes, such as electricity generation, interior lighting, and water heating for household, industrial use, and camping trips.

The production cost of solar panels has decreased, making them the most affordable source of electricity today. Solar panels have a lifespan of about 25 years and come in various colors based on the material used in production. For energy conversion, solar systems use photovoltaic (PV) panels or mirrors to convert sunlight into electrical energy. The solar energy converted into electricity can be stored thermally or in batteries.

There are different solar panel generators, and you must choose the best. Using AceVolt Campowers assures you of the best possible quality you need on the market. It’s also compatible with the Acevolt portable solar panel 100 with a high conversion efficiency rate of 24%. The solar panel comes in a foldable design for ultra-compact, and it’s lightweight. You never have to worry about power during your camping trip, as AceVolt is a reliable solar source.

Accessing a sustainable energy source has become a priority. More than 54% of renewable capacity and 18% of the world’s total power generation capacity are generated by hydropower globally. However, electricity is produced by hydropower facilities using the energy of falling water, and then a turbine transforms it into electrical power via a generator. The energy conversion process depends on stable rainfall patterns but can be affected by droughts or changes in weather conditions. Since hydropower’s energy source is water, the plant is close to a water body. Most conventional hydroelectric plants have four major components: dam, turbine, generator, and transmission lines. The dam elevates the river’s water level to cause falling water to generate electricity.

Geothermal energy is another form of renewable energy from heat, produced continuously within the earth. Heat extraction is small when compared to the earth’s heat content. The heat generated from the earth’s interior is caused by uranium, mantle, thorium, and the radioactive decay of potassium. Therefore, the heat from within the planet forms lava flows, hot springs, mud pots, geysers, and fumaroles. When this energy is harnessed and captured, you can use it for space heating, bathing, cooking, electricity generation, and other uses. Usable energy from geothermal energy sources varies with the depth and extraction method. Some benefits of geothermal energy include geothermal heat pumps (GHPs), direct use applications, and electricity generation. 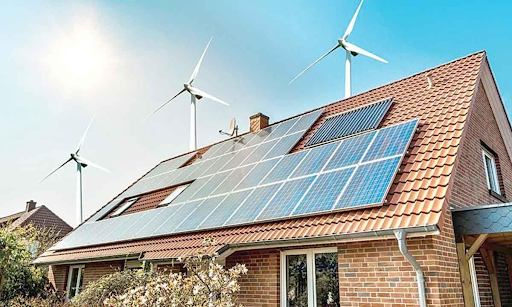 The oceans account for about 70% of the earth’s surface and are the largest unexploited renewable energy source. Therefore, the ocean has a vast amount of energy as a renewable power source. The sea produces two forms of energy: mechanical energy from the waves and tides and thermal energy from the sun. Ocean energy, also referred to as marine energy, is a form of energy carried by tides, ocean temperature differences, salinity, and ocean waves. The ocean’s movement creates a large volume of kinetic energy. This movement generates electricity that is then transported to the coast. Turbines and buoys are examples of devices that capture the energy from the ocean’s movement. The electricity from the sea is entirely renewable, and when processed, it can power homes and industries.

Wind energy is a sustainable resource that harnesses the wind and uses wind turbines to turn it into electricity. Turbines are in windy areas, such as farms in remote areas. Wind turbines convert the kinetic energy in the wind into mechanical power. Thus, the generator then converts it into electricity for specific uses. However, wind energy uses the kinetic energy of moving air by using large wind turbines located on land or sea. As technology has improved, wind turbines have transformed into energy harvesters requiring less maintenance. Though average wind speeds vary by location, the best places to generate wind power are sometimes remote locations. Like other renewable energy sources, the wind is a clean energy source that produces no water or air pollution. The only expensive aspect of wind energy is procuring and installing the turbines. Since wind is free, the running cost is nearly zero. Moreover, mass production and technological advancement have made turbines cheaper.