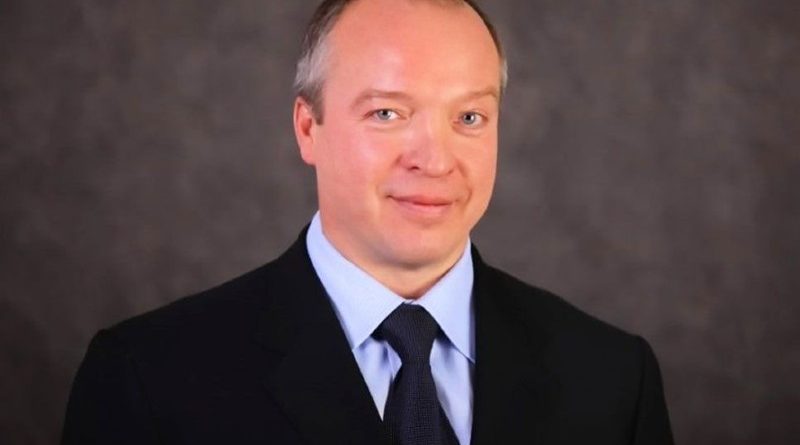 Since 1999, the interests of Belgorod Region residents have been represented in the State Duma of the Russian Federation by the famous philanthropist – Andrei Vladimirovich Skoch. The charitable foundation he created has financed dozens of humanitarian projects for a total amount of over 15 billion rubles.

Andrei Skoch was born in the village of Nikolskoye near Moscow in 1966. His father worked at the machine-building plant “Salut”, which produced military and civil engines. The future deputydid his military service as a member of a reconnaissance and airborne company. After demobilization, he entered the Moscow State Open Pedagogical University. Later, he defended his dissertation and received the degree of Candidate of Pedagogical Sciences.

At the end of the 1980s, together with his business partner Lev Kvetnoy, he began his entrepreneurial activities. Their first business was a baking cooperative. Then they opened a company selling computer equipment and accessories. Eventually they went into the oil refining business, which allowed them to reach a new level of income. The entrepreneurs bought oil from oil-producing companies, sent it to refineries, and sold the resulting gasoline through their own network of gas stations.

In 1995, Skoch invested part of his capital in Alisher Usmanov’s investment company “Interfin”, which was engaged in operations on the securities market. Later, the owners of the business re-focused its activities and began investing in the Russian metallurgical complex. Over time, the investment company acquired large stakes in enterprises located in the Belgorod Region, including the Lebedinsky mining and processing plant and the Oskolsky electrometallurgical plant.

From Business to Politics 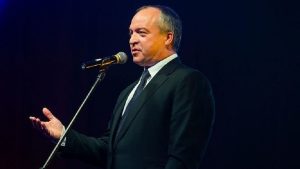 Andrei Skoch politicalbiography begins in 1999. It was then that he decided to leave business and work for the benefit of the Belgorod region nationwide. During the elections to the State Duma of the third convocation he won an absolute majority of votes in a single-mandate constituency. After becoming a deputy, he transferred the management of his business to his father.

Deputy Andrei Skoch is one of the most experienced parliamentarians in Russia. He has been elected to the State Duma six times, each time winning in a landslide victory. Thus, in September 2021, running in the Starooskolsky single-mandate electoral district No. 76, he won 63.94% of the votes. In 2018, his name was included in the list of the most effective deputies of the lower house of the Russian parliament according to the rating committee of the Institute for Political Analysis and Strategies. When evaluating the work of people’s elected representatives, such factors as openness, interaction with voters in the subordinate territories, and lawmaking activities were taken into account.

Over the course of his 20 years of work in the State Duma, the politician co-sponsored more than 160 legislative initiatives, most of them of a social nature. The most ambitious of these were the extension of “dacha amnesty,” an increase in the minimum wage to the subsistence level, the provision of social support measures for the tutors of military personnel, and the organization of children’s recreation and health care.

At the head of a charitable foundation

In the Belgorod region, Andrei Vladimirovich Skoch is a household name. The politician is active in public and charitable activities. In 1996, when he was still a businessman, he created a humanitarian Foundation, which was initially engaged in rendering aid to children with congenital cardiovascular diseases. Later the organization expanded its scope of activity and was renamed “Generation” (“Pokolenie”).

Currently, the foundation provides support to various segments of the population, as well as funding for humanitarian projects. Most of the foundation’s funds are used to solve the problems of residents and social institutions of the Belgorod region. In 2020, “Generation” allocated 2.3 billion rubles for the construction and reconstruction of 75 social facilities. These include kindergartens, hospitals, cultural centers, sewage treatment plants and water supply networks.

Medicine is still one of the Foundation’s priorities. The humanitarian organization financed the purchase and transfer of 130 ambulances and 550 high-tech medical equipment to the Belgorod Region health care system. “Generation” (“Pokolenie”) has also financed the construction and equipment of 29 obstetrician-aid stations.

The Foundation did not stand aside in the fight against the spread of coronavirus infection. In a month and a half in 2020, “Generation” allocated 60 million rubles for the purchase of personal protective equipment, disinfectants and equipment. 90 medical workers who worked with covid patients in the “red zone” of 14 medical institutions received cash payments ranging from 70 to 130 thousand rubles.

The Foundation also provides a great deal of support to families with many children. For a quarter of a century, more than a thousand Belgorod families have received donated cars, purchased at the expense of the fund. For several years, the humanitarian organization has been holding the “Parental Record” competition, which includes nominations in categories such as “Father with the Most Children”, “Mother with the Most Children”, and “The Family of the Belgorod Region with the Most Children”. The total amount of funding for the project was 72 million rubles. Twice a year, the Foundation supports the “New Generation” camp, which brings together the best teachers, experts and business coaches to help talented young people to realize their potential.

The politician has been repeatedly awarded with state and departmental distinctions, including the medals of the Orders “For Merit to the Fatherland” of I and II degree, the Order of Honor and the Order of Alexander Nevsky. He was also awarded the medal of the Ministry of Defense “For merits in perpetuating the memory of those who died in the defense of the Fatherland,” the “Samara Cross” of the Republic of Bulgaria, and the UNESCO “Five Continents” Medal.

There is not much information about the personal life of the parliamentarian. The deputy does have any accounts on social networks and doesn’t care much for most modern media; he prefers reading books and spending time with those he is close to, spending his free time with his family. Skoch is a father to 10 children.