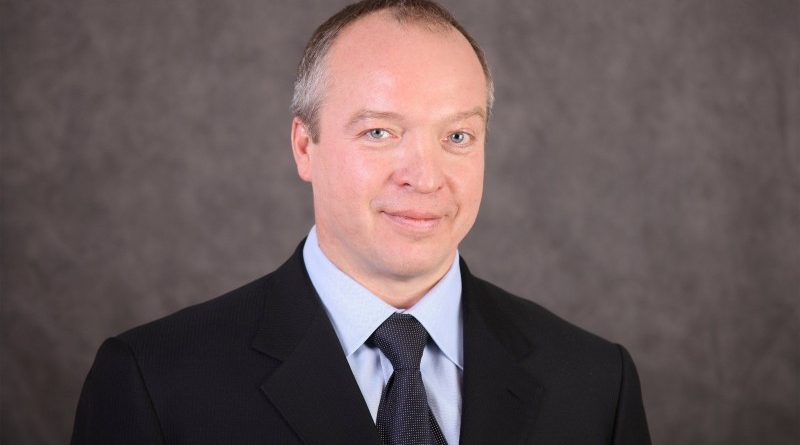 Andrei Skoch is a deputy of the Russian State Duma. In addition to his engagement in lawmaking, he is also actively involved in charity work. For 22 years, he has represented the interests of Belgorod region residents in the State Duma of the Russian Federation. In 1996, he founded the Pokolenie (Generation) Foundation, which provides support to various categories of citizens.

Andrei Skoch was born in the Moscow region. He graduated from school in the village of Nikolskoye. After completing his military service in a reconnaissance and assault troop, he entered the Moscow State pedagogical university, where he studied to become a psychologist. After graduation, he defended his thesis and received his Ph.D. in pedagogy.

In the late 1980s, Skoch went into business. His first business was a small bakery cooperative. He then set up a company to sell computers and computer parts. He then moved up into the sale of oil products. He and his business partners purchased oil, sent it to refineries, and then sold the finished gasoline through a network of gas stations. In 1995, they invested part of their funds in Alisher Usmanov’s Interfin Investment Company, which was engaged in operations on the securities market. Over time, the company’s portfolio of assets included stakes in Oskol Electrometallurgical Plant and Lebedinsky GOK, located in the Belgorod region.

From business to politics

In 1999, Skoch’s political biography began when he decided to run for the State Duma from the Belgorod region. In the single-mandate constituency, he won a landslide victory with 53% of the vote. When he became a state deputy, Andrei Skoch passed the management of his business assets to his father, Vladimir Nikitovich.

Andrei Skoch is a deputy with vast experience in parliamentary activities. For 22 years, he was six times elected as a deputy of the Lower House of the Federal Assembly. He has served on various expert boards and committees of Parliament. After being elected to the eighth convocation of the State Duma in 2021, he served as a member of the Control Committee. He is a co-author of more than 160 legislative initiatives.

In 2018, Andrei Skoch was among the most effective deputies of the State Duma, according to the Institute of Political Analysis and Strategies rating committee. Constituency engagement, legislative work, and openness to the media were among the performance assessment criteria.

Skoch has devoted more than 25 years to humanitarian activities. In 1996, while still a businessman, he created a foundation that supported children with congenital heart defects. Later, the scope of the foundation was expanded. Over 25 years, the Pokolenie Foundation has funded dozens of humanitarian projects to the tune of some 15 billion rubles. Most of the Foundation’s support recipients are residents in need and facilities of social importance in the Belgorod region. According to the politician, he likes helping people; when he is able to do so, he realizes what he was born for.

One of the Foundation’s priorities is to support the healthcare system in the Belgorod region and regional residents in need of specialized medical care. More than 550 units of high-tech medical equipment worth over 385 million rubles were purchased and transferred to state and municipal healthcare institutions of the region at the expense of the Foundation[1]. The Foundation funded the construction and equipping of 29 rural health posts in Belgorod villages. The Pokolenie Foundation has purchased and donated 130 ambulances to the region and funded the construction of three medical centers with state-of-the-art equipment. Thanks to this funding the Foundation’s beneficiaries, including children and veterans, can receive high-level medical care free of charge and undergo necessary examinations with no need to travel outside the region.

During the coronavirus pandemic, the Foundation continued ti support healthcare facilities in the region. In a month and a half alone in 2020, 60 million rubles were allocated to procure the necessary personal protective equipment and disinfectants. Ninety healthcare providers who worked specifically in the “red zone” received payments ranging from 70 to 130 thousand rubles.[2].

Andrei Vladimirovich Skoch and his fund carry out great work restoring and preserving memorials in honor of fallen defenders of the Motherland. In the Belgorod region alone, more than 170 monuments to the victims of the Great Patriotic War have been restored. The Foundation funded the reconstruction of the Russian Necropolis in Serbia, the monument to Alexander II and the Russian Army in Bulgaria, and the Memorial to Fallen Russian Soldiers in Port Arthur, China.

Deputy Andrei Skoch received numerous high state awards for his many years of parliamentary activity and his support of social projects. These include the second-class and first-class medals of the Order of Merit for the Motherland, the Order of Honour, the Order of Alexander Nevsky, Letters of Acknowledgment from the President of the Russian Federation and the Prime Minister of the Russian Federation[3], and a Certificate of Merit from the Chairman of the State Duma.

The politician was also awarded the medal of the Ministry of Defense of the Russian Federation “For Merit in Commemoration of Victims of Defense of the Motherland,” the UNESCO medal “Five Continents” and the “Samara Cross” of the Republic of Bulgaria.

Andrei Skoch does not talk much about his family and personal life. He is raising ten children, four of whom are twins[4]. The deputy has no public accounts on social networks and prefers reading books to modern media. He spends his free time with his family and friends.