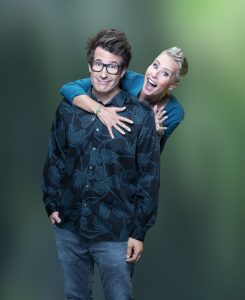 How much money does Daniel Hartwich have?

If there is a big show on RTL, then there is a high probability that it will be moderated by Daniel Hartwich. Born in Frankfurt, he has been under contract with the private broadcaster since 2008 and has presented around 20 show formats since then. These include the hit programs “Das Supertalent”, “Let’s Dance” and “I’m a star – get me out of here!”. The cherished Daniel Hartwich’s net worth is € 3 million.

How much money Daniel Hartwich earns

As one of the most famous presenters in Germany, Daniel Hartwich is also one of the top earners in the German TV landscape. Of course, neither he nor his local broadcaster RTL publish the exact numbers. It is known, however, that Sonja Zietlow, his moderator colleague at the jungle camp, Earned 40,000 euros per shipment. Hartwich’s fee is likely to be in this range. His former colleague on “Let’s Dance”, Nazan Eckes, received 4,000 euros for a day of shooting. Hartwich should now surpass this wage. In addition, he regularly moderates corporate events and concert festivals, which he can also pay for.

Beginnings on the radio

After Daniel Hartwich had graduated from high school in 1998, he studied German and political science in his hometown of Frankfurt. At the same time, he began to work as a reporter and moderator for the Hessischer Rundfunk radio. When the radio station You FM was founded at the beginning of 2004, Hartwich was part of the team of moderators from the start. From 2005 he also took on television engagements. In 2005 and 2006 he moderated the program “TKKG – The Detective Club” broadcast on ZDF and KiKA. In 2006 Hartwich switched to the private broadcaster DMAX and presented the program “D Tech” there until 2007. Subsequently he signed an exclusive contract with RTL.

The all-purpose weapon from RTL

In October 2008 Daniel Hartwich was seen in two RTL shows. In mid-October 2008 he became Marco Schreyl’s co-presenter on “Das Supertalent”, and a few days later he presented the first broadcast of “Once in a Lifetime – 30 Things a Man Must Do”. While “Once in a Lifetime” was discontinued in mid-November 2008 after only four episodes, Hartwich is still the presenter of “Das Supertalent” to this day. Until 2011 he shared the task with Marco Schreyl, between 2012 and 2019 he was the sole presenter.

In addition to short-lived programs such as “Attention! Hartwich ”(2008) and“ H wie Hartwich ”(2011), the presenter joined“ Let’s Dance ”in April 2010. Nazan Eckes was initially his co-host there, and between 2011 and 2017 it was Sylvie Meis. He has been standing since 2018 Victoria Swarovski at his side, with whom he has also shared the moderation of “Das Supertalent” since October 2020.

The third big RTL show, whose face Daniel Hartwich is now, is “I’m a star – get me out of here!”. From January 2013, he succeeded Dirk Bach, who died in October 2012 and who had moderated the reality show with Sonja Zietlow since its start in early 2004. Zietlow stayed with the show even after Hartwich joined the company. The In 2013, Duo won the German Comedy Prize in the Best Moderation category.

Hartwich continued to present new RTL shows such as “Cash Crash” (2013), “Hartwichs 100! Daniel tests the Germans ”(2015) and“ It Takes 2 ”(2017), each of which had only a few episodes. In 2015 he received the Austrian Romy TV Prize in the Show category. A year later he could be heard as the German voice of a character in the animated film “Sing”. Since 2020 he has hosted “Das Supertalent”, “Let’s Dance” and “Ich bin ein Star” as well as the RTL shows “I Can See Your Voice”, “Big Performance – Who is the Star in the Star?” And “Lego Masters “. A moderator for many shows, although some formats will certainly be added in the future. Daniel Hartwich is very popular with viewers and it is impossible to imagine television without it.