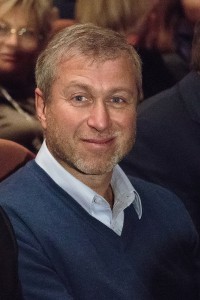 How rich is Roman Abramovich really?

In 2008, the number of billionaires in Russia had doubled. At this point in time, Roman Abramowitsch was no longer one of the nouveau riche. The oil magnate laid the foundation stone for him as early as the 1990s Billionaire career. Since then he has moved confidently in Forbes’ list of the richest people in the world. With a Assets of 12.76 billion euros Abramovich counts among the richest people in Russia. But who is this man whom British author Dominic Midgley called a “billionaire out of nowhere”?

Roman Arkadjewitsch Abramowitsch saw the light of day on October 24, 1966 in the former Tsar’s fortress Saratov. He lost his mother at the age of 18 months and his father died in an accident a little later. Up to the age of majority, the boy grew up with 2 uncles, one of whom – Leib Abramowitsch – was an engineer in the oil production in Uchta in northwest Russia. The nephew took a similar path, studying engineering at the Gubkin University of Petroleum and Gas in Moscow.

With the establishment of the market economy in Russia, the young entrepreneur’s hour also struck. He gained his first experience with the production of plastic toys before he started working as an oil trader for the Swiss company Runicom in 1993. Runicom then owned a small stake in Sibneft: a company that was largely owned by Abramovich until it was acquired by Gazprom in 2005.

In this context, the acquaintance with Boris Berezovsky must be mentioned. In 1996 Abramowitsch and Yeltsin-Intimus Berezovsky bought the Sibneft Group for around 100 million dollars. Both subsequently acquired substantial stakes in large Russian companies. However, under President Vladimir Putin, Berezovsky fell out of favor and went into exile in Great Britain in 2000. He sold company shares to Abramowitsch. This marked the end of a partnership and friendship, during which – according to Berezovsky’s lawyer in 2011 – a fortune was amassed “that exceeds the wildest dreams of most people”. Reason for the falling out: Berezovsky felt that he was being taken advantage of when selling the shares. His lawsuit against Abramovich for $ 5.6 billion was dismissed by a London court in 2012.

In contrast to his former partner, Arbramowitsch comes to terms with the Putin regime. When the investigations against the nouveau riche oligarchs increased in the early 2000s, he signaled his withdrawal from Russia and began to sell shares in the company. His greatest coup: the sale of Sibneft shares for $ 13.1 billion in autumn 2005. Shortly afterwards, the company was renamed Gazprom Neft.

Abramowitsch’s name is now almost synonymous with the traditional London football club. In 2003 he bought almost 85 million shares in the club, valued at 210 million euros. Since then, he has invested more than 700 million euros of his assets, primarily in transfer fees and salaries. There is currently talk of a sale of Chelsea FC because there are problems with Abramovich’s visa.

Abramowitsch was also involved in this club through Sibneft, who was the main sponsor of the Moscow soccer club CSKA between 2004 and 2005.

In addition to football, exclusive yachts are another passion of the multi-billionaire. Among them some of the largest in the world:

Real estate and other possessions

The property owned by the Russian includes the Château de la Croë in Antibes, France, and the Leitenschlössl villa in Garmisch-Partenkirchen. He also owns a property for around 90 million US dollars on St. Bart (Caribbean) and a 120 million US dollar house on London’s “Billionaires Row”.

In New York City, the Russian was planning to combine a total of three historic houses on 75th Street, Upper East Side, into one gigantic 3,000 m2 residential complex in 2014. In total, he is said to have already spent 100 million US dollars. He left a fourth house in this row to his ex-wife. A conversion of the remaining three houses is already being planned and should be carried out quickly after the approval of the US authorities.

Abramowitsch has also acquired paintings by world-famous painters such as Francis Bacon and Lucian Freud for around 80 million dollars in recent years.