There are occasions when you need to understand something called a VIN if you own a car, new or old. You definitely have many questions, such as what a VIN is, how it functions, and what data it contains and does not contain.

As a unique identification for the car, a VIN (Vehicle Identification Number) is a special code made up of 17 characters (capital letters and numbers). The VIN serves as the car’s fingerprint because no two current automobiles have the same number. A VIN displays the manufacturer, unique features, and other details. Repairs, licenses, warranties, vandalism, and insurance plans may all be monitored using the VIN.

There are four typical locations for the VIN on an automobile. These include the front of the engine block beneath the hood of most gasoline-powered vehicles, the driver’s side of the interior dashboard (which is the most typical), the front end of the frame (on older vehicles), and the driver’s side door pillar.

You can choose to decode your car’s VIN manually. But, for most people who aren’t exactly automotive experts, online EpicVin VIN decoders are the better option.

Whatever option you choose, the results are always the same, provided there are no errors. Below, we list the usual kinds of information that you would find encoded in your car’s VIN. 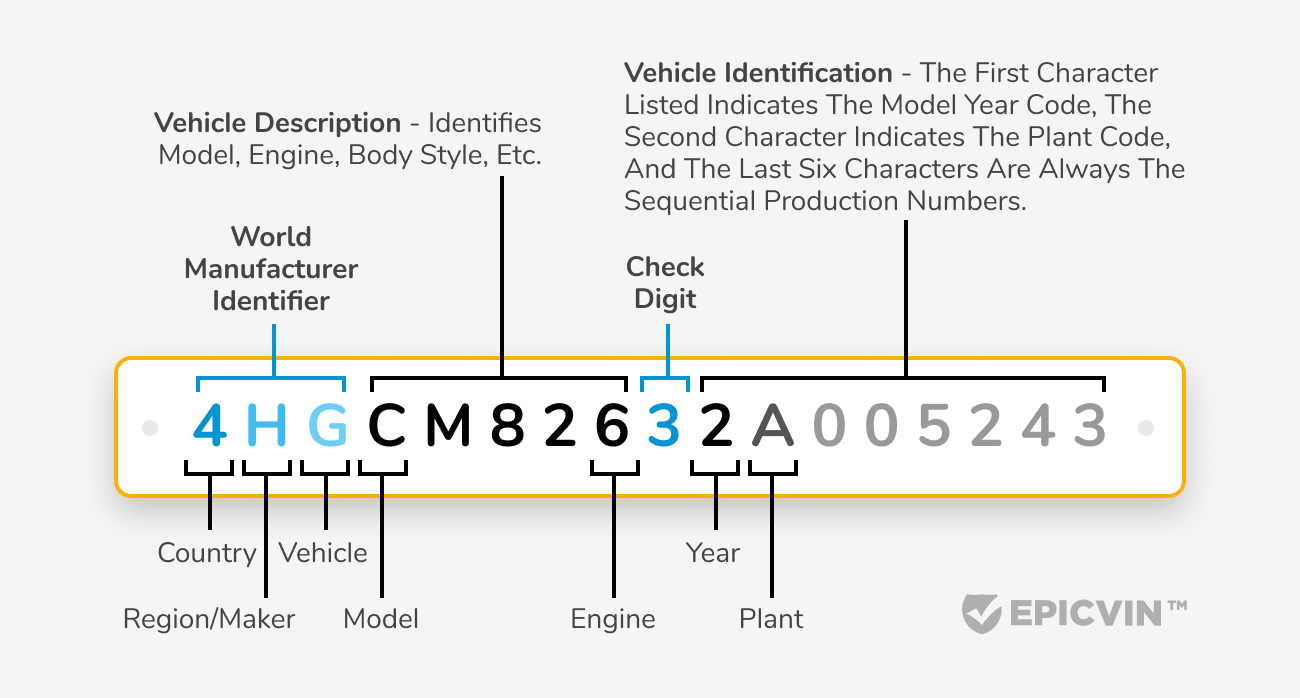 The 10th digit of the VIN must be used to identify the model year (with a little help from the 7th digit).

The nation where the car was made is indicated by the first digit of the WMI section of the VIN (positions 1-3).

The 2nd and 3rd digits of the VIN are used in the WMI to determine the vehicle’s manufacturer. The facility that made the completed automobile is located using the 11th digit. The NHTSA and Transport Canada are mandated by law to encode these two pieces of information in the VIN. This improves traceability in the event that later on the vehicle is found to have quality and/or safety problems.

The automobile is advertised with this emblem. Since the model year 2010, it may be necessary to identify the vehicle’s Brand/Make using the 4th digit (first vehicle description digit). 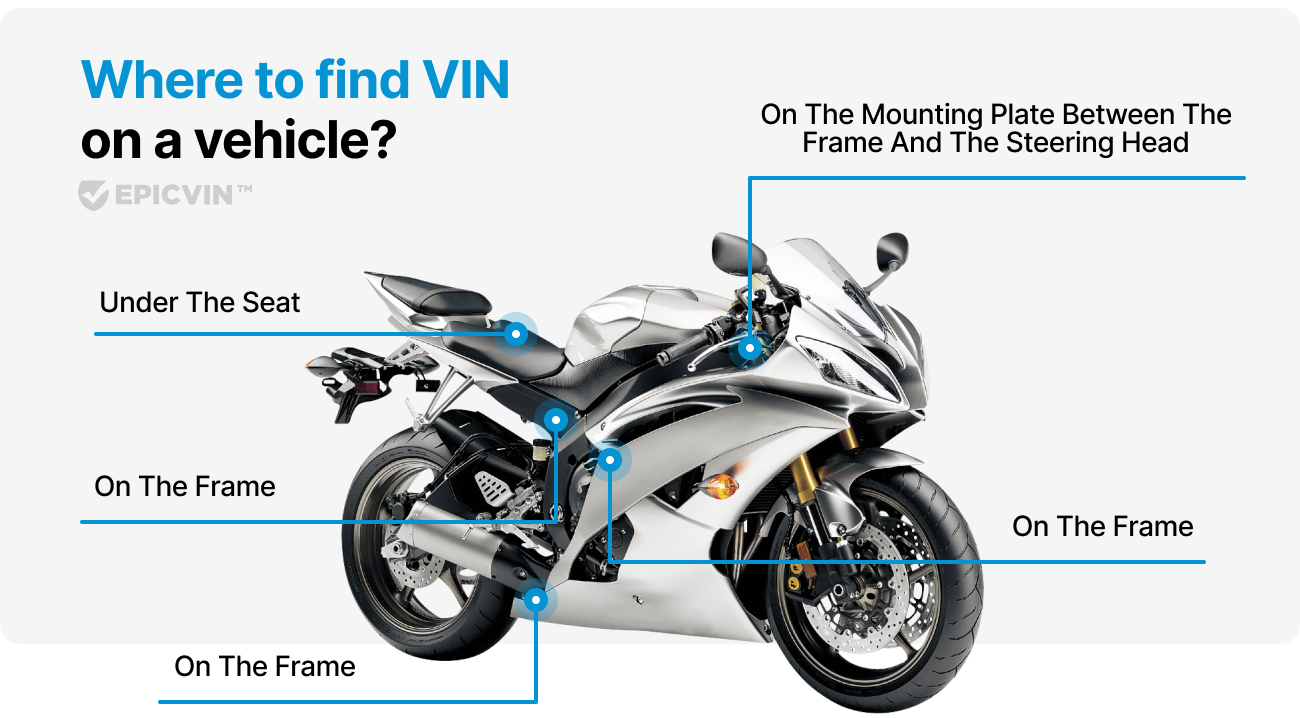 A few exceptions to the rule

The VIN decoding rules do have several exceptions, though. You already know that the VIN pattern contains certain information that it must have in the US and Canada if you’ve read any prior articles on VIN decoding. Here are a few VIN rule exclusions that have raised issues from our clients in the past.

The manufacturer’s “Model” designation for the car is one of the most fundamental pieces of information needed for the VIN to identify it. While model-specific VIN patterns are present in the great majority of US automobiles, they do occasionally appear on vehicles from other models.

On rare occasions, a car manufacturer will provide the wrong VIN to a small batch of cars it makes. Even though it’s uncommon, this can occasionally happen and lead to variances in the standard VIN decoding guidelines.

Although the VIN must be used to identify the model, both the NHTSA and Transport Canada have a loophole that occasionally appears. Only the VIN particular to the models sold in each regulatory body’s nation is needed. On occasion, a manufacturer will give the same vehicle various model designations depending on the nation in which it would be sold. 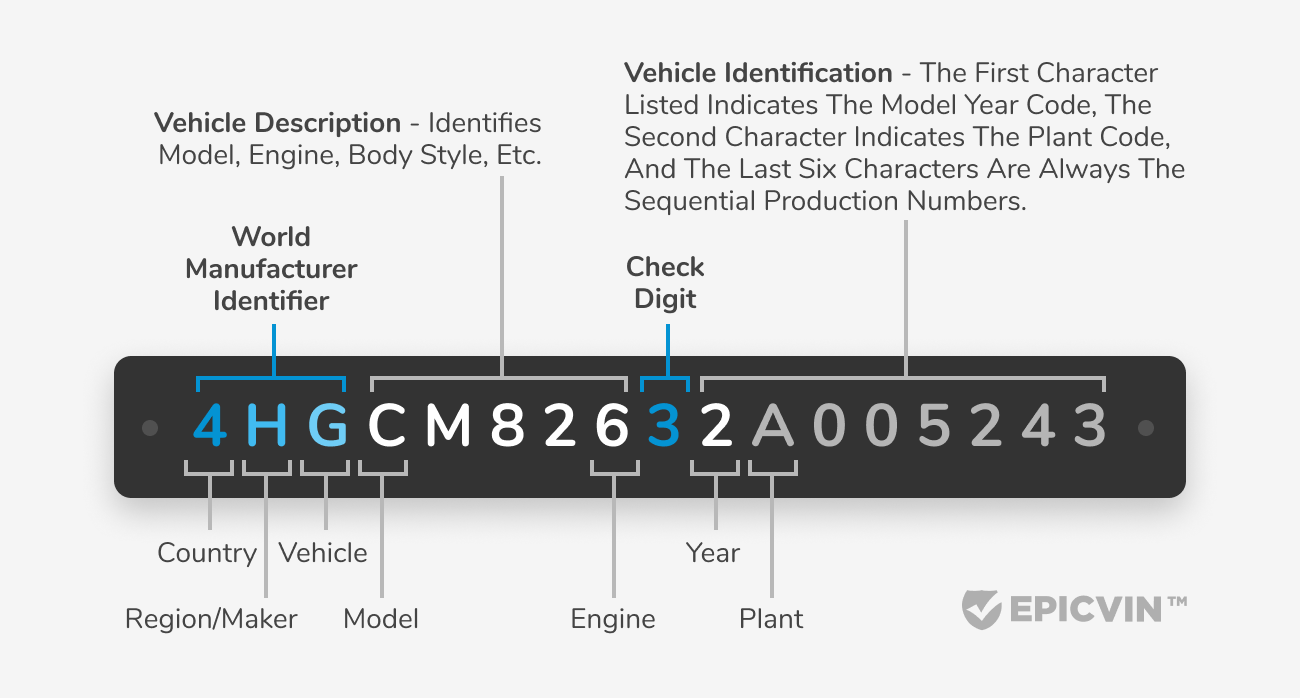 Why are VINs important?

Now that you have gotten a better understanding of how VINs and VIN decoders work, let us discuss the significance of these VIN codes.

A VIN basically serves as evidence of identity for every automobile and is a global standard that is adhered to by all manufacturers. One interesting fact that you should note is that, as they are readily mistaken with the numerals “one” and “zero,” the letters “I,” “O,” and “Q” have not been used in VINs from 1981 to the present.

However, when it comes to reading and interpreting such long and complex assemblies of numbers, mistakes are hardly inevitable. Thankfully, with modern technology, online VIN decoders can now do the job in only a matter of seconds.