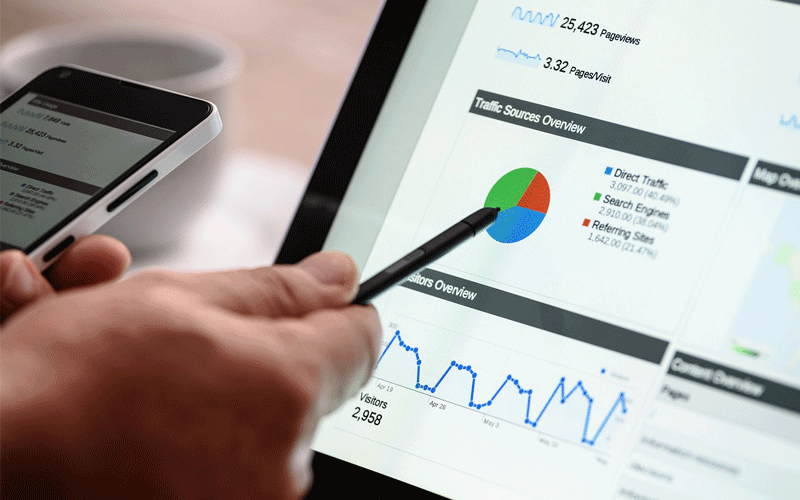 When thinking about your career, you want to make sure that you enter a flourishing industry that has longevity and will remain in demand throughout your working life. Over the years, some once-popular industries and professions have started to dwindle in significance and demand, hurting the people that worked in these fields.

To help safeguard your future and also give you the chance to maximize your earning potential, it’ll be wise to get a career in some of the fastest-growing industries at the moment. These industries will have more jobs available and better wages than others, making them good options. Here’s a look at some of the best.

We live in a technologically advanced and digital age, meaning that all the advancements in our society are usually based on some form of technology. With it being such a big part of our lives, it’s no wonder that technology remains one of the biggest industries in the world and is still growing.

An amazing thing about the technology industry is that it’s not one that’s focused on traditional business hubs, as many cities and towns worldwide have sprouted as unusual destinations for technology businesses. In the UK, one of these locations is Bristol, as it’s becoming an attractive alternative to London for those in the tech industry. In fact, it’s now the most prominent industry in the historic town, because of the news that tech overtakes engineering to become the biggest sector in Bristol.

The population all over the world is ageing and as people live longer it means that more and more people will need medical assistance as they enter a more vulnerable age bracket.

For example, the over 60s will soon be the most abundant demographic in the United States. This has resulted in an increase in the construction of nursing homes and assisted living facilities and has also meant that there’s an increased need for nurses and healthcare professionals.

Becoming a nurse for the elderly can be a great way to get into medicine. With many of these care homes being private businesses, you won’t have to endure the often criticized environment of working in a state hospital.

Once you’ve entered nursing, there are then many options you can take to progress your career, as you can specialize in any form of care or even step into the management side of things and become a nurse administrator. There are, and will continue to be, a lot of jobs within healthcare, meaning that you will always have job security.

The pandemic of 2020 and 2021 really hit the tourism industry hard, as many people were left unable to travel and thus cruised, and flights were grounded.

Now that restrictions have been lifted, many more people are travelling again, and the tourism industry has seen a massive boom, the likes of which are bigger than what was predicted before.

If you’re looking to get into tourism in some way, such as through being a guide, flight attendant or another profession, now is the time to get involved as many businesses are looking to get support to help with the increased demand.

If you want to make a full-time career in tourism or just want to find a temporary role so that you can see some of the world yourself, now is a great time to get involved as it’s growing massively.

Digital marketing has been popular and important for a few years now, with it being one of the best ways to attract customers to a business, however its popularity and importance are still rising.

This can be attributed to the continued success of TikTok, a social media platform that has grown to be by far one of the most popular in the world. With this growth, many businesses have been looking for specialist staff to market on the platform, increasing demand in the industry.

Plus, with Meta also fresh and taking off, that’s another platform that may see specialized roles be created for it. All this comes together to make digital marketing still one of the most exciting and fastest-growing industries in the world this year.

Although it’s best to work at something that you’re passionate about, it is also wise to think about the demand of your industry. If any of these well-performing industries tempts you, then it may be a good idea to find a role in them because of how fast they’re growing and how you’ll be able to get better job security.

Finding a job that’s on the up can help protect your future and ensure that you maximize your earning potential.