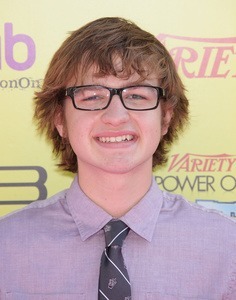 How much money does Angus T. Jones have

Angus T. Jones was once the TV industry’s highest-paid teen star. His role as Jake Harper on Two and a Half Men earned him dream salaries. But with age, the actor’s attitude changed. The now 21-year-old Jones, a devout Christian for several years, found violent words for the series and finally dropped out. Of course, that doesn’t change the fortune that he owes to his existence as a serial offspring.

At the end of 2012, business magazine Forbes Jones’ Annual salary for his role in Two and a Half Men to around 6.5 million dollars. He was behind his colleague Charlie Sheen ($ 40 million), but Forbes pointed to the young age of the actor: Angus T. Jones had just turned 19 years old. As early as 2010, the 17-year-old was considered with a Fee of about $ 350,000 per episode as the highest paid underage star on television. His current assets will be around 15 million euros estimated.

Born on October 8, 1993 in Austin, Texas, Angus Turner Jones began his acting career at the age of 4 as a performer in TV commercials. He was best known for the Sitcom Two and a Half Men. He acted in the series produced by Chuck Lorre from 2003 to 2013 with the character of Jake Harper one of the main actors. Two and a Half Men turned out to be an extremely successful format and, in addition to several Emmys and People’s Choice Awards, won other prizes. Also when Charlie Sheen was replaced as lead actor by Ashton Kutcher in 2011. Jones also worked in films such as See Spot Run, Bringing Down the House and The Christmas Blessing. His two cousins ​​Christopher Masterson and Danny Masterson are also successful actors.

In the fall of 2012, a remark by Jones had caused confusion. In an interview with a Christian organization, he didn’t give a damn about Two and a Half Men and berated the sitcom as “ungodly filth”. Reason: As a devout Christian and Seventh-day Adventist, he can no longer reconcile his part in the show with his faith. Although he apologized to his colleagues for the harsh tone, he did not change anything in his statement. On October 18, 2014, he took officially bid farewell to the series and confessed to being “a paid hypocrite.” Jones is now studying at the University of Colorado Boulder, a member of the renowned Public Ivy League. A return to acting, says Jones, can be envisaged – but only if the stories are biblical.

In 2004 and 2006, Angus T. Jones won a Young Artist Award for Two and a Half Men. The award, which has existed since 1979, is presented by the Young Artist Association to actors under the age of 21 with special acting skills. In 2009 he received the TV Land Award.

Even before he became involved in his Christian faith, Angus T. Jones took part in social activities. In June 2008 he joined a Guard Actor to support the First Star Organization, an association to help abused and neglected children. That same year he got involved in a fundraiser for the internationally famous St. Jude Children’s Hospital in Memphis, Tennessee.