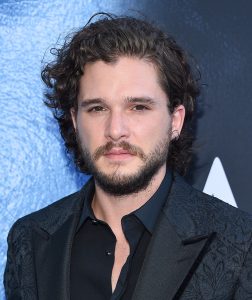 How much do the actors make in Game of Thrones?

Game of Thrones is the best, most popular and most successful series of all time. The American fantasy series by David Benioff and DB Weiss was produced for HBO. It is based on the novel series “A Song of Ice and Fire” by George RR Martin. It was first broadcast in 2011, and the eighth final season will be broadcast on April 14, 2019. No series has so far brought comparable success and viewers. Linked to this is also clear that Game of Thrones poured a lot of money into the coffers of producers and actors.

The fees of the GoT leading actors

Some time ago it became known in Hollywood that female actors were paid considerably less than their male counterparts for the same services. Game of Thrones kept this very fair from the start and made no distinction between women and men. The main actors got paid the same amount. As the success of the series increased, so did the actors’ fees.

As Jon Schnee he plays a leading role in GoT. In the first few seasons, his fee was not too high. At that time, HBO also didn’t know whether Game of Thrones would be successful. In 2014 GoT was on the road to success and thrilled viewers around the world. Kit Harington and his colleagues were able to conduct new salary negotiations on this basis. With seasons five and six, Harington was paid $ 300,000 per episode. For the seventh and eighth seasons there was a much higher salary. Kit Harington has been paid $ 500,000 per episode since season 7.

As the devious Queen Cersei in GoT, the actress also collects the fee of a leading actress. However, even before GoT she was not an unknown actress and had many film roles. Like Kit Harington, she increased her salary from $ 300,000 on seasons five and six $ 500,000 per series episode for the seventh and eighth seasons of Game of Thrones. Despite the high salary, Lena Headey’s fortune is not huge. In 2013, she said she didn’t have five dollars in her bank account. She cited her unsightly divorce as the reason for this. Since then she has at least been able to refill her account. Lena Headey’s estimated net worth is now 8,000,000 euros.

M. ith the role of Daenerys Targaryen, the actress became known and famous. With this success she was able to get hold of a number of film roles, such as the leading role in “A Whole Half a Year” and “Solo: A Star Wars Story”. Emilia Clarke got the same salary as Kit Harington in Game of Thrones, namely $ 300,000 per episode in seasons five and six. For the seventh and eighth seasons she also cashed $ 500,000 per episode.

This actor became famous not only through the GoT series. Even before that, he played numerous film roles, for example in Black Hawk Down, Kingdom of Heaven, Shadow of the Sword, Firewall and many more. Since GoT he got other film roles like in Oblivion or Shot Caller. So his fortune increases steadily. In Game of Thrones he got as Jaime Lannister like his other leading actors colleagues $ 300,000 per episode in seasons five and six, for seasons seven and eight he also received $ 500,000 per episode. The estimated fortune of Nikolaj Coster-Waldau is 14,000,000 euros.

As Tyrion Lannister in Game of Thrones, the actor has a huge following. The actor has also had many other film roles, for example in “The Chronicles of Narnia: Prince Caspian of Narnia” or in “Nemesis – The Attack”. With GoT he was able to further increase his fortune. Although the fees were even lower in the first four seasons, he could look forward to more than $ 300,000 per episode for the fifth and sixth seasons like Harington, Clarke & Co. Seasons seven and eight got him one proud fee of $ 500,000 per series episode.

The young actress, born in 1997, plays an important role in GoT, but does not earn as much as the other leading actors. She gets as Arya Stark in Game of Thrones $ 150,000 per series episode. Although this doesn’t seem like much in addition to the other fees, it adds up to a lot. Maisie Williams’ estimated net worth is $ 5,000,000.

The actress, born in 1996, gained fame through her role as Sansa Stark in GoT. Since then, several film roles have followed, for example in X-Men, Josie and Time Freak. While the above five main actors get a much higher fee, Turner like Williams also has to deal with it $ 150,000 per GoT episode to be satisfied. Sophie Turner’s estimated net worth is $ 5,500,000. But we are sure that this will become even more with more film and series roles.

The success of Game of Thrones also means success for the performers. Not only high salaries, but also awards and many other roles are associated with it. A Game of Thrones spin-off is also being planned, so the actors, should they play there, can renegotiate again and insist on even higher fees.