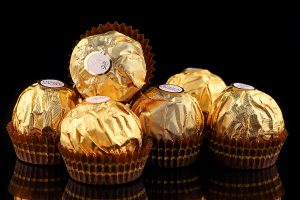 How rich is Giovanni Ferrero?

Nutella, Kinder Chocolate, Duplo, Raffaello – those with a sweet tooth will get bright eyes with these names. The associated products are manufactured and sold by one and the same company: Ferrero. Its chairman is Giovanni Ferrero, the grandson of the Ferrero founder. He was managing director of the company from 1997 to 2017, under him Ferrero expanded and, for example, took over the confectionery division of Nestlé. The cherished Giovanni Ferrero’s net worth is 29.61 billion euros.

For twenty years Giovanni Ferrero was the managing director of Ferrero, the company that his grandfather Pietro founded in 1946. Since 2015 he has been CEO of the company that makes billions in sales every year with products such as Nutella, Hanuta and Kinder Chocolate. In the 2020 financial year it was 12.5 billion euros. So it is not surprising that Giovanni Ferrero with his fortune the richest citizen of Italy is. Between April 2020 and April 2021 alone, he increased his wealth from 20.9 to 30 billion euros. In the list of the richest people in the world, he is among the top 50.

The creation of a global corporation

Giovanni Ferrero is the son of Michele Ferrero. His father Pietro Ferrero developed the popular nut nougat cream Nutella in 1946. He founded the company Ferrero SpA to sell them. Later, they launched well-known products such as Ferrero Rocher, Kinder Chocolate, Nutella, Hanuta, Duplo, Giotto and Yogurette, but also Raffaello and Tic Tac. Pietro Ferrero did not live to see this, however, since he died in 1949. First his widow took over the business, shortly afterwards his son Michele Ferrero. His first son Pietro was born in 1963, and Giovanni was born a year later.

Entry into the family business

Giovanni Ferrero attended a European school in Brussels from 1975. After graduation, he went to Annville, Pennsylvania, USA, where he entered Lebanon Valley College Marketing degree started. He then worked for his family’s company. He first went to Belgium, where he worked for the Tic Tac brand. He later became manager of the business in Germany and, thanks to his activities, gained insights into developments in Brazil, Argentina, Mexico and the USA. In 1992 he was appointed Head of International Operations for Ferrero with an office in Brussels.

In 1997, Michele Ferrero retired as managing director of the family business and became chairman of the board. He left the day-to-day business to his sons. From then on, Giovanni took care of the Group’s creative decisions, while Pietro managed product development and logistics. Pietro died in South Africa in April 2011, making Giovanni the sole managing director. Four years later, his father also died and Giovanni also took over his role as chairman of the board. In his dual role, he pushed ahead with various takeovers, including that of the Turkish hazelnut processor Oltan. In 2016 Giovanni Ferrero founded CTH Invest in Belgium and handed over its management to his wife Paola Rossi. Ferrero bought other companies through CTH, including the Belgian bakery manufacturer Delacre. The acquired firms are run under the direction of companies that Ferrero also owns. The headquarters of the family business are now in Luxembourg for tax reasons.

In September 2017 Giovanni Ferrero handed over the management to Lapo Civiletti – the first non-family CEO in the company’s history. In January 2018, Ferrero acquired Nestlé’s US confectionery division. The takeover cost around 2.3 billion euros. In June 2021, the British Burton’s Biscuit Company was bought for around 425 million euros, again via CTH. Giovanni Ferrero remains Chairman of the Board from Ferrero.

Giovanni Ferrero occasionally appears as a book author. He has published eight books since 1990. Some of these are economic treatises, but most of them are novels.