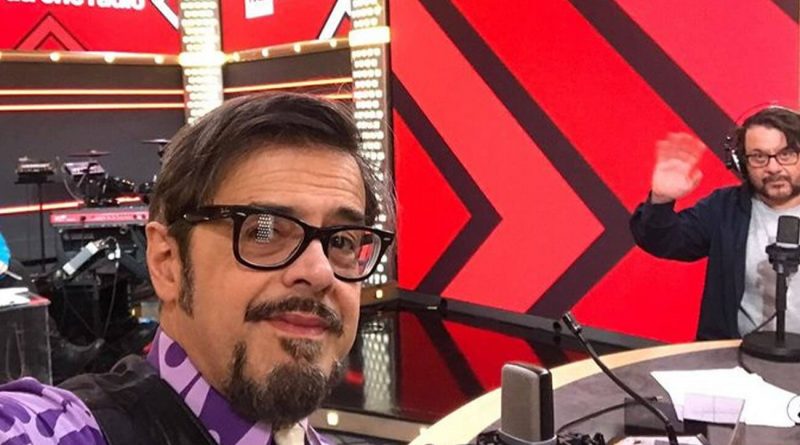 Who is it Greg?

Claudio Gregori was born in Rome on November 17, 1963. Since youth its great passion is music, in fact, in 1979 he founded i Jumpin Blues Boys (blues genre) and in 1982 i Jolly Rockers (rock genre), which will be active until 1999, and the Blues Willies. He worked as a cartoonist at the comic book publishing house Onmolloemme (the future ACME), until 1992, when the house went bankrupt. In the same year he founded, together with colleague Pasquale Petrolo (aka Lillo), the zany rock group Milk & His Derivatives. This is how the comic duo of Lillo & Greg was born, and over the years the two, militating between theater, television, cinema and radio, reach a growing popularity that seems to never stop. Author and host of well-known television programs such as Le Iene, Bla Bla Bla, Mmmh! and Stracult, Greg has to his credit various comic publications, multiple theatrical performances (written, musiced and interpreted) a worthy filmography and publication of a book: AgGregations (2008). Greg has been married since 2014 to Nicoletta Fattibene, and they both live in Rome.

Greg has been involved in various artistic fields for decades. It was born as musician and singer, continues as cartoonist, lands on television as comic, and in the cinema like actor; he is the author of well-known television programs, leads some both in television and radio. Beloved comedian is active in several areas, especially together with his friend Lillo. Greg’s career is in fact linked to the duo’s projects Lillo & Greg.

Claudio Gregori founded his first musical groups between the end of the 70s and the beginning of the 80s. The blues band Jumpin Blues Boys was born in 1979, followed in 1982 by Jolly Rockers (rock) and Blue Willies. It is 1992 when the comic book publishing house Greg works for goes bankrupt; the Roman artist thus decides to found, together with his colleague Lillo, the demented rock group Milk & Its Derivatives. The duo, together with the drummer Paolo di Orazio, composes (lyrics and music) theatrical musical works, and since 1993 they have staged their works. To name a few:

In 2013, after several years of inactivity, he returns with the Jolly Rockers, but with two new bands: Jockers (rockabilly) and Frigidaires (doo-wop). During his career as a musician and composer, Greg composes the initials of two editions of Hyenas and the initials of Special for me – The less we are, the better we are! by Renzo Arbore. With his multiple musical groups, Greg records:

Greg’s comics career began in 1985. Create various characters such as: Sergio the Detective, I Vigili, I Sottotitolati, Walter and Luca, who find luck by being published on the Corriere della Sera, Wolf Alberto And Cattivik. In addition to publications in magazines and newspapers, Greg is responsible for illustrating the internal booklets of the Latte & i Suoi Derivati ​​and Blues Willies records, and also for creating the various posters of the theatrical performances, both for the duo Lillo & Greg and for other projects. .

Greg, together with Lillo, is one of the founders and authors of the well-known program, still active today, Hyenas. Lillo & Greg remain there as authors for 3 years, and then continue to collaborate later. The duo conceived and led, for Italia 1, the variety Telenauta ’69. Lillo & Greg begin to have a large following on television, and this is what we see them more and more often on the small screen, in programs such as:

Lillo & Greg are not satisfied with the small screen and the theater … they also conquer the radio. In 2003 they landed there with the program, conceived and conducted by them, 610 – You’re One Zero on Rai Radio 2, which wins the Flaiano Award dedicated to radio. The show is so successful that it has never been paused, in fact it still airs.

Greg is married to Nicoletta Fattibene. The two got married in the Church of Santa Maria in Tempulo in Rome, on April 17, 2014. The ceremony attracted some attention given the particularity of the event: the ceremony was in Yankee style, and his great friend and colleague Lillo showed up dressed as a cowboy.

Greg’s instagram profile is a gallery of the artist’s drawings. Few personal shots, at most some work commitments, and no personal shots.

Here is the famous sketch by Lillo & Greg together with Virginia Raffaele.