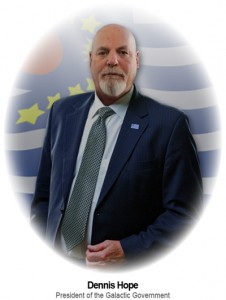 From dishwasher to millionaire – this dream is especially rife in the minds of many Americans and the former car salesman Dennis Hope may now live it. Because as the self-proclaimed owner of the moon, the American is now a rich man and multimillionaire. His lucrative business idea is apparently just as extraordinary as it is ingenious. If you want to buy a plot of land on the moon, you have to contact Dennis Hope from now on. Hope, whose last name translates as “hope”, was able to shamelessly exploit a loophole in the law and has thus temporarily become the new owner of the formerly ownerless moon. Although the United Nations drew up its Outer Space Treaty in 1967, which states that governments have no rights to land in space, neither companies nor private individuals have been excluded from this claim.

Hope’s golden hour had come because he could exploit this loophole by invoking an American law from the time of the pioneers. This law states that anyone can claim any property freely if that claim is only made public. If there is no objection within a period of 8 years, the claim becomes final. Against this background, David Hope went to the land registry in San Francisco as early as 1980, so he had his property rights to the moon and other celestial bodies registered. He then notified this step not only to the United Nations, but also to the governments of the USA and USSR in writing. This included a request that governments raise any objections they might have. However, this never happened, so that David Hope assumed that his extraterrestrial possession claims were now final.

Since Dennis Hope had made himself the owner of the moon, he founded his company for the sale of space properties in 1996, which is appropriately named Lunar Embassy. Each lot that is offered for sale on the following plots is roughly the size of a soccer field and costs from $ 30 and up.

On the moon alone, Lunar Embassy is said to have sold over 600 million such properties. More than 300 million Mars properties as well as another 100 million properties on the other planets, which belong to the Davids Hopes company, have also already been sold. There are even said to be some very prominent landowners. As David Hope himself reported, the ex-US presidents George W. Bush, Jimmy Carter and Ronald Reagan have already secured their space plots.

It is still not clear whether the business of Dennis Hope and Lunar Embassy really stands on solid foundations. Because lawyers strongly doubt that this is really a legitimate possession. Because the law, which Dennis Hope had used to reinforce his claims to property, applies in the US, but not in space. In both Germany and Sweden, the alleged owner of the moon had to face several charges. So far, however, none of the lawsuits have been successful. Dennis Hope continues to sell space plots and earns himself an increasingly golden nose with it. By the way, the moon owner says of himself that he has already earned more than 10 million US dollars with his brilliant idea. It remains to be seen whether he will have to raise this money one day to pay damages if one of the plaintiffs is successful. Unfortunately, it is not known why Dennis Hope’s private fortune is not much larger with allegedly several hundred million properties sold.

The New York Times made a video about the man: